Exclusive core games are always in the works. I guess just not enough for you.

I have enough trouble completing all the games I own. Whether they be multiplat or exclusive. 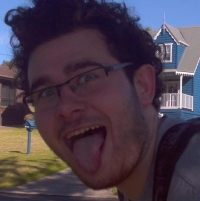 Hmm, I hope they mean Triple "Microsoft games studio" games(Published not deved). There are 4 out now, which means they are going to release 8 this year. 5 Are announced already, which means Microsoft will announce atleast 3 more at E3. Now that makes sense to me. I don't want heaps of shovelware games like my Wii...

i am excited for project draco , i just wished microsoft would make a sequel to phantom dust :(

I really do hope they announce some new games at E3, because as of lately I've been getting irritated with my 360, keep trying to find games to play on it and all I've ended up with is Mass Effect 2, Fable 3 and Homefront and only one of those games were good.

I'd also like to add a little rant related to this topic on Microsoft and their attatchment to Kinect as of recently, what the hell did they do to Fable 3? It's like they rushed it out 8 months early and at one point decided that it was going to be a Kinect game, that hold 'A' bullshit is annoying. The same thing applies to Crackdown 2, the first was a really good game, but what the hell was going on when they were developing the sequel? I have a feeling that Microsoft was a little overwhelmed with their output at some point and they couldn't keep up, that's why they recently got more Kinect studios to come along, because they'd rather have seperate studios with different games in mind. If that is true, then that's a good thing, it gives their good developers some breathing room to make new games, but I also hope we don't see a Fable 4 or a Halo 4 and Kameo 2 or some Perfect Dark nonsense, I need new shit or at least some new ideas in their old stuff.

well fable 3 was supposed to have kinect feature with it but at the last minute peter molunix took it out of fable 3 and i havent played crackdown 2 i loved the first tho but what i know is crackdown 2 was made by a diff studio ruffian the studio that made the first closed because of their mmo all points bullentin and  ...  also the 2nd reason  crackdown 2 was made in like 8 months so it was rushed

Whats not enough is what does not exist. As I've said they'll probably get some third party to do it for them and risk quality, because I don't think Microsoft does quality assurance checks third parties outside of Epic games.

You're getting into something else now. I could argue Sony, Nintendo, Capcom, Activions, EA, Sega, and some other big companies don't always have great quality control either.

To argue an in-house first party quality control battle would be a horrible argument to try and win. Even worse for a third party when it comes to Microsoft. Nintendo isn't even in this topic because they and third parties don't even mix.