LOL? why are there pictures of GT5 prolog bundles here  when were talking about GT5?

GT5>forza with no bundles counted.

GT5>forza with bundles counted for both(if GT5 ever gets bundled).

is the bet for GT5 or GT5 prologue?

there seems to be a lot of confusion looking at the posts above.

gt5 has been bundled in america at least and australia, im sure there will be other places. And I am not talking about prologue I am talking about GT5. Since release you paid 499 instead of 549 for the 320 in australia and you get GT5 for free.

I have yet to see any American bundles of GT5 in the Americas...

lets face it gt is a way bigger series than forza and there's no point comparing the two forza 4 will probably get 2.5 million by end of the year if bundled good and gt5 got that in one week even with all the delays!

you know and i know that forza wouldn't have passed 1.2-1.3 million in america (a prediction)! gt5 prologe had more sales than forza 3 in u.s.a in it's opening month despite it coming 1 year late and that too right in front of gta

now forza 3 suddenly has 2.7 million sales in the u.s.a passing games like gow 3 when it had 11 times a bigger opening month!

Yes, the only explanation I can figure is that some GT5 haters downplayers must have got pregnant and had a sudden craving for phail. 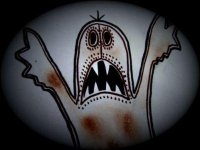 I think you could be right.  I like them both and they're both deserving of great sales.

thats because there werent any

bu bu but AussieGekko said there were some. Wuz he lion?!?!