3DS will win, because of the graphics!!

3D vision is part of the graphics, isn't it!?

I don't think any company ever really wins a console war.

The console the software over its lifetime either makes a profit or a loss, nothing more.

Also, I am surprised by the amount negativity people are expressing about the PSP2. As a successor to the 7th most popular gaming system ever made, it has taken all of its predecessor's designs and improved upon them greatly.

Additionally, Sony has gone out of their way to make they system as developer friendly as possible and is even offering game development grants to underfunded studios with good ideas.

It is just disappointing to see such negative attitudes toward Sony's proactive efforts to improve their next generation handheld console. 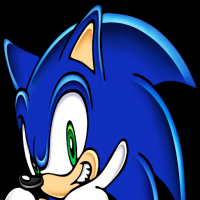 wins? wins what? besides, the only mediocre Sonic game was Sonic 06, and thats just cuz it was released too early 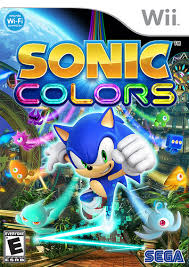 I disagree. Sonic and the Black Knight was also rubbish.

You don't seem to have a good grasp of Sega's history. The Genesis/Mega Drive bombed in Japan. Was well managed in the US. The Sega CD and 32X both tanked globally. The Saturn was success in Japan. It actually lead the market initially and PS1 didn't surpassed for good until FFVII launched. Unforunately, they botched the Saturn completely out side of Japan. When the Dreamcast launched it was doomed. They pissed off 3rd parties and retailers in the West with the Saturns early launch. They did the same with Japanese retailers and 3rd parties by pulling the plug on the Saturn in Japan too soon. When you toss in their 2 billion dollar debt at the DC's launch, it would have taken miracle for them to stay in the hardware market.

lulz Japan barely counts. Anyway, the DC only bombed because SEGA had the integrity to keep it a console. Sony, which wasn't held down by such things as 'integrity', lauched their DVD player shortly after the DC, and that killed it.

Thing is, this time around the sony portable is the doomed black sheep.

Ninty is already cheating by getting a head start.