psp2 doesnt need to pass the 3ds in sales.

its goal is not to die of piracy.

It will depend of the price. If Sony can get it below US$300, they might have a shot. In any case, I think they will not be as successful as their predecessors. Those devices are too expensive to small kids (a category the DS was king) and much of the older audience are captured by iOS devices. The 3DS doesn't have the impressive battery life of the DS and thus lost a competitive advantage of its predecessor. The NGT repeated many of the problems of the PSP. It is expensive (it will be, don't fool yourselves otherwise), it doesn't fit in a pocket, and the games seems to be reduce versions of table consoles' software.

As a portable machine, the PSP was kind of a failure. I loved to play some of the games at the bed at night, but I hardly carried it with me anywhere -- it was too big to fit in my pocket. Also, the battery life was too short to be useful in plane fights, except for the shorter ones. Even if someone brings it around, most of the games were more suitable for longer play sessions, not for the shorter ones that I usually have when playing a portable. It seems the NGT is following the same pattern. Now that I carry an iPod in my pocket and have an iPad at home or with me on my travels, I wonder why I would buy a NGT? Hopefully, Sony can offer a software lineup that I convince me otherwise.

Not this excuse again. Piracy is what's left when no one is buying your software.

BTW Sony is intended to lose on every hardware sold, so we might expect a price point closer to 3DS $250, but a tougher situation for Sony to stay afloat as well. If in couple of years situation will be against them while they're losing a considerable amount of money on every hardware sold (say, in double digit range) they might not have plan B to make a profit from handheld business.

my 2nd statement was a joke.

even if they do loose on every psp2 sold, its not going to be as bad as the ps3, where they sell their first profitable ps3 after 4 years. no one expects the psp2 to outsell the 3ds(other then gilgamesh), hell sony doesnt even expect it. sony don't have the resources  to beat nintendo in the handheld market. just because your going to be last doesnt mean you should drop out. theyr going to make money and grow in that market and thats the point.

Look at demographic charts that are published practically every year on Nintendo IR website. They're good enough to discredit this myth or at least show that it's more complicated than you've put that.

I will never recognize something with NGP as it's code name as an actual video-game.

It does take a brave man to bet against Nintendo, and I think I also agree that the 3DS should win sales wise, but I don't think it'll be as clear cut as the DS vs PSP - albeit that's more because I simply see the 3DS not having a hope in hell of selling like the DS, whereas the PSP2 looks well poised to do similiar numbers to the PSP.

While Sony so far has shown the PSP2 similiar to doing the PSP strategy, there are upsides to this. They'll see alot more software support (If it's true that for eg Lost Planet 2 took 2 weeks to port to the device) and it does allow them to create software that distinguishes itself from the rising phone games market. It's worth remembering that not every game is going to be an Uncharted or Killzone, that the Android IoS will lead to more 'portable' style of games priced appropriately and that Sony will inevitably 'show off' the big, graphical behemoths first as that's the systems biggest selling point.

Further to this, I think Nintendo's current strategy with the 3DS can be critiqued as similiar to the PSP's anyway. Unlike the DS - which sold on having a touch screen and being accessible to anyone, the 3DS's biggest selling point has been 3D - something that makes games look prettier... just like the PSP2's biggest selling point. Further to this, outside of Nintendogs 2, their software line up is very 'console centric' too - Zelda:OoT, MGS3, Street Fighter, Dead Or Alive, Paper Mario, Starfox 64 etc...

I think the PSP2 has potential but whether it can hit it depends on what Sony does from here, and how they treat the device in the next 2 years. For me the PSP's biggest downfall is after a solid launch, software support simply dried up and they didn't have enough to keep the userbase enticed, so eventually people stopped buying software (Obviously PIracy didn't help). Sony need to consistently release games that actually get any marketing, we'll see. 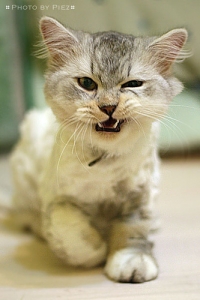