If a company abandones its flagship game, than that surely counts. Would Sony or Microsoft still be the same without Gran Turismo or Halo? Of course not, something would be missing. Just like 2D Mario. Then there were things like the Resident Evil series going Gamecube exclusive. It's not like Nintendo stopped being who they are completely, but they definitely weren't the same as they were back in the NES days or nowadays with the Wii. Another example would be Nintendo trying to inject more story in their games, following the industry instead of going their own way.

The Wii's success is built on Wii Sports, Wii Fit, 2D Mario and Mario Kart. There seems to be a balance between new and old when it comes to the biggest games on the system which would explain why the Wii broke sales record after sales record. But actually, only Wii Fit is really new. The NES also had plenty of Nintendo sports games like Tennis, Golf and Baseball.

I don't know about Microsoft's policies, but I know that Sony don't force their teams to do anything they don't want to do, and that shouldn't change for a peripheral. Sony provides the money and the developers get to knock themselves out with whatever they want to do. So Sony 1st party developers adopting the Move and 3D is purely of their own choice.

And how are Microsoft not putting their top developers on Kinect? Microsoft only owns Lionhead and Rare, and they are pretty busy with Kinect games (with only Fable 3 being the big game from them that doesn't require Kinect).

And anyway, at this point in the generation, Move and Kinect could never be anything but peripherals. If anything, Sony and Microsoft might be softening the blow so to speak, if they're planning to release their next generation of consoles with control schemes derived from Move and Kinect.

I think the reason so much of their core audiences are hostile towards motion gaming is because they percieve it to be about mini games and waggle. Sony are actually doing something about this, with games like Heavy Rain, SOCOM 4, Killzone 3, RE5:Gold and others; games for their core audience, enhanced with motion controls (though I suppose time will tell if it's really an enhancement). Sony's hardware might seem close to that of the Wii, but they're trying to distance themselves from the Wii through the software, unlike Microsoft, who have very different hardware but the software seems more like your stereotypical Wii game.

Regardless of the outcome this generation, I expect motion controls are here to stay, for all three companies, and I expect the next generation of consoles to launch with some sort of motion control schemes. Sony and Microsoft will certainly be mindful of their core audience and their "needs" though, so I wouldn't be surprised to see something like the fabled break-apart controller from Sony and Microsoft launching with both Kinect and a traditional control pad out of the box. 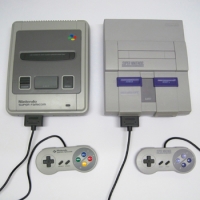 But I don't think they abandoned 2D Mario. They just started making 3D Mario games because that was the big new thing at the time (that they were a huge part of). I don't think they see 2D and 3D Mario platformers as two separate franchises. They're all Mario platformers. Plus there were still 2D Mario games being released at the time on the handhelds (albeit remakes).

They abandoned 2D Mario. No new game for more than 15 years.

Nintendo indeed thought that 2D and 3D Mario are the same series. Now they don't anymore because they've seen the sales.

Which is part of the reason Nintendo handhelds remained poular while their consoles did not.

3D Mario games are fun, but they are just not the same gameplay wise. It is like saying Castlevania 64 is similar to the 2D Castlevanias.

The 3D Mario games are not quite as fast paced and rely on different strategies. The 2D games have a more simplistic arcade style that relies more on reflex and your strategies in powerups, while the 3D games are more about exploration, puzzle solving, and going through an oppstacle course so to speak to reach the star. 3D Mario is more fetch quest, while 2D Mario is basically get to the end alive.

Why I bring this up is that if Nintendo releases a home console at the same time or a year before their competition releases a system, selling between $200 and $300, the momentum provided by being the market leading console in this generation gives them a massive advantage in the follow up generation. Unless Sony and Microsoft release a more compelling system at a very reasonable price and launching at the same time or earlier than Nintendo’s next system, Nintendo will probably be the next generations market leading console.

I acknowledge that there are a lot of "If, ands or buts" in my analysis; but I think the next generation will play out in a way that works to Nintendo’s advantage.

Best move they made this Gen IMO What just adds icing on the cake is 2D Donkey Kong Country and Kirby this year. It is a good time to be a fan of 2Dplatformers

The counter-cultured system won by leaps and bounds last gen so...

Already addressed in the OP, so... 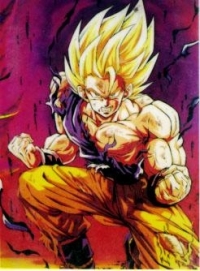 I think sony and microsoft will counter back next gen