I have felt for some years now Astebreed could be a spinoff of Zone of the Enders. Astebreed is a hyrbid of a Shmup and Hack N Slash that allternates from a vertical shooter to a side scrolling to a behind the back game.   How the game starts and something about the story feels like it could be a ZOE side game.

Staying on the ZOE theme. Daemon X Machine feels like a cross between Armored Core and ZOE which likely was the intent.

Dragon's Crown could easiy be a sequel to te Capcom Dungeons & Dagon's Arcade games and that was the intent by some former staff of those games. BONUS Earth's Dawn (Wars) feels like Gears of War setting meets Vanillaware art and gameplay but is form a different dev.

God Hand could easily be a Fist of the North Star game.

Every Souls game and Elden Ring desperatley want to be a Berserk game.

Lastly for now The Journey Down point and click games have a very Grimfandango feel/atmospher to them.

Lost Odyssey could (and should) have been part of the Final Fantasy series.

The creator Sakaguchi, He birth the IP and let Microsoft have it. It's most people favorite exclusive JRPG from Microsoft would be cool if this was on Nintendo Switch. Thumbs up Ka pi96. 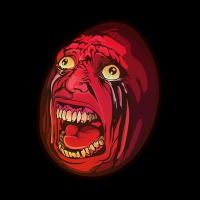 "Every Souls game and Elden Ring desperately want to be a Berserk game."

Well, I mean, Miyazaki has been very open in the past about being heavily inspired by Berserk..

Would've been funny if Capcom published the heavily inspired from the early Resident Evil games, Tormented Souls and marketed it as an old-school spin-off