This is something that's been a thorn in my side many times.
When the translator decide to change the word or name of something for no apparent reason.

For example, when FFX first came out I played it in Japanese.
And as per tradition in the Final Fantasy series for a while, the final weapon for the main character was once again called Ultima Weapon. 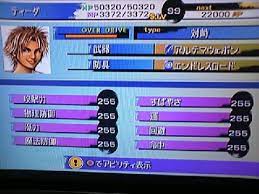 I replayed the game again when the US version came out.
But this time someone at the US branch decided it was a better idea to name the sword Caladbolg. 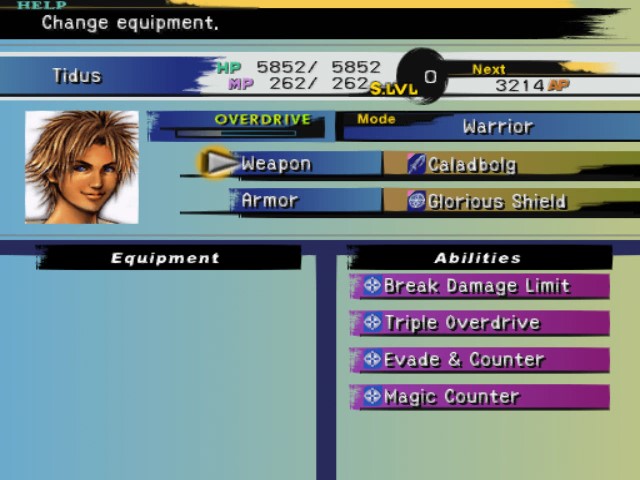 They also flipped the names of all the sigils (important key item for each character), except for two. 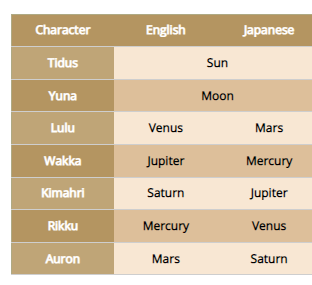 Because why not I guess?
I used to joke that it was the son of the CEO or something who had nothing better to do, so he just made up some unnecesary changes.

Another example is this character from Dragon Quest 11. 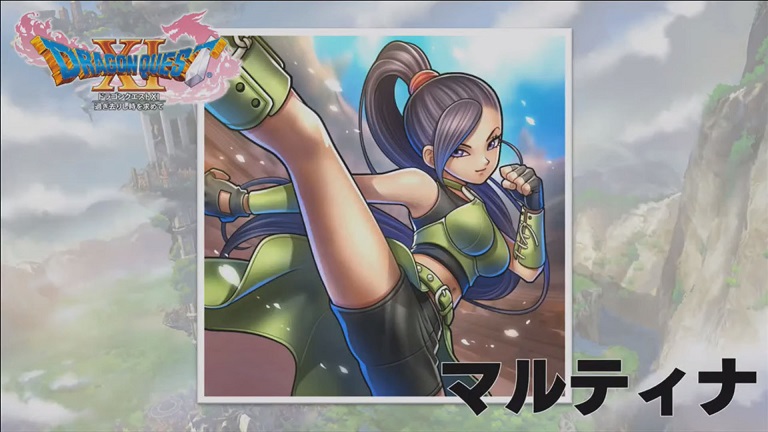 Her name is Martina.
But when the English version arrived, they changed her name to Jade. Which still annoys me to this day, to the point where I used a mod to change her name back.

I'll list some more examples later, but if anyone has any examples, feel free to share.
(Though I imagine this is very rare knowledge since most people are probably not aware of the Japanese versions.)

I wouldn't list the swapping of the boss names in Street Fighter 2 here, since that was done for legal reasons, as Mike Bison looked a lot like a certain boxer from the US.

P.S.
I repeat, this thread is focusing on changing words/names, and for no apparent reason.
Not to be confused with censoring graphics for apparent reasons.

I will say it before someone else freaks out. The wedding Dress in Tokyo Mirage Sessions. While it's really just a side story thing. Their way of hiding cleavage was to make the whole thing white even the skin. It's so poorly hidden.

PAL version of No More Heroes has the blood removed.

Rest of this topic can be a Nintendo topic or a modern Sony topic lol. Nintendo still censors their own games but not third party. Sony will put literal mocap fuck in their first party games but will censor out cleavage in a Japanese game.

Sony knows that anime titties are too powerful.

Well this thread is specifically about translation of words, and also mentioned 'for no apparent reason', to distinguish this from a censorship discussion. Since whether someone likes or dislikes it, there are known reasons for it. But those discussions also rarely end well, so that's another reason I want this thread's focus to be different.

I'll edit my post to try to make that more clear.

Ok, but Jade is a much better name than Martina tbh.
Im personally not too bothered by this kind of thing cause I dont speak/read japanese, so it makes little impact for me. It bothers me a bit when theres censorship involved.
For example, also in FFX, Khimari's final weapon should've been named Longinus, but because thats the name of the roman soldier who pierced Jesus it was changed to the very generic "Spirit Lance" name. Which is meh.

Some are weird. I'm gonna guess that some of it is due to different translators (at least when it comes to localisation differences between games and their sequels). In those cases I'm not sure whether they're making the change due to ignorance of the original translation, or to intentionally be different. I suppose the latter is possible for changes as mentioned in the OP too, just trying to show that they're doing something "hey look boss, I made changes!".

Also WTF is with random name changes too? Like Pokemon, gens 1-4 the region had the same name in Japanese/English, then along came gen 5 and Isshu becomes Unova in the English version, why? And then from gen 6 onwards it's back to just being the same in both.

Awesome thread you made :3 cool versions

FF6: in the US, the female lead is Terra Branford. In Japan, she’s Tina. Sabin is Mash in Japanese. Sometimes it was a function of the limits of English lettering. Straggus became Strago in Japan. I don’t think Square Enix cares about getting us to accept Tina or Mash. I’m guessing Woolsey wanted to make the names more RPG-ish.

Working Designs has been criticized in hindsight for dated US pop culture humor in their localizations. In the PS1 Lunar games, there were jokes about Bill Clinton and Wayne’s World. Another criticism of them was them fucking with the difficulty of the games, and that I can agree with more.

I’m not a purist, and I generally enjoyed the Workong Designs translations, especially in comparison to the stilted dialogue (for both Japanese and American games) and outright misromanized translations typical of the times.. They’re part of the experience of Lunar and Lunar 2 for Americans. I doubt the Japanese designers cared anything more than that their games had been opened up to a new marker.

One interesting name change was Xenogears. The city on the ship was named Tamusu in Japanese, which was meant to be the month of Tammuz in the Hebrew calendar, in keeping with the overall theme of the game. In English, that got misromanized into Thames. Given that the ship city is dirty and industrial, it kind of fits given that the Thames was a major conduit for Britain’s Industrial Revolution.

Xenoblade Chronicles 2 changed a lot of names in the localization. Some of these were good calls because the Japanese name is just a generic word:

Others are a lot more random. For example, in the Japanese version, 4 characters are named after the beast representing the cardinal directions. This is also directly reflected in their designs. And yet for some reason the localization decided to change 3 of them, thus ruining the reference: