Remember when the Xbox One Kinect Bundle went for $499.99? Go back in time just a year ago and you'd still see some retailers listing the bundle at that price. Now with all the attention on the Xbox One S, the old Xbone with Kinect is going for as cheap as $190.

That's the rock-bottom price Groupon is charging on its site. Not only that but it is also tossing in a free copy of Halo 5: Guardians Limited Edition, a bonus value worth about $35.

Me and my kids enjoyed Kinect for Xbox1. Too bad there are not really many games for it.

It's not that kinect is bad, just the support for it...

It works fine, games are fine but support is really minimal :( 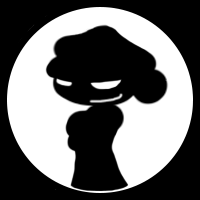 Used mine a few weeks ago, FRU is probably the best game the Kinect has had and ever will have. I enjoy the thing but the support has always been awful

Kinect was a fantastic idea when it was added as an optional extra, it let you add on a feature to the X360 which allowed it to rival the Wii in terms of family fun with a ton of great software to back it up.

On the X1 though it was a massive point of issue for people, because it was force packed in with every X1 sold at launch it was normally what people blamed for Microsoft effectively taking 150 of what you paid at the counter and using it to create Kinect 2.0 rather than putting into making the Xbox 1 more powerful a console than the PS4, while I think that the X1 without Kinect might have ended up being the same power as the one we seen launch I still think that Kinect was the fall guy for the blame of the system being underpowered compared to its rival.

Just gonna say, I paid €150 for the X360 version of Kinect when that launched here in Ireland and was delighted to pay it, what it did for games in some cases did make the X360 feel like a whole new console, but yeah, given that the X1S now isn't even natively compatible with the Kinect 2.0 I think Microsoft have clearly given up on the product completely, as such , no the Kinect is no longer cool.

Have you ever played Child of Eden using Kinect? it failed comercially and is available now in stores for under €5 here, it is a fantastic experience and if played as intended with Kinect can really get your heart going. Easily one of the best games for the unit imo and it's so cheap I always encourage people to pick it up and try it out.

The only reason the deal is that cheap is because the console included is refurbished.

How would you even get an X1 without Kinect? I heard it's essential. For gaming not so much but as a tool it boosted the technology advancements in some departments.