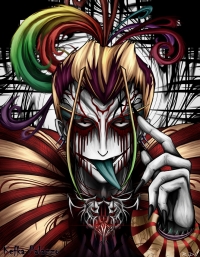 Nintendo will announce a new Super Mario Bros. game for the Wii U at E3 in June, the company has confirmed to Eurogamer. Earlier today Spanish newspaper El Mundo, which interviewed Shigeru Miyamoto while he was in Paris to promote the Nintendo-designed 3DS tour guide at the Louvre, claimed the legendary designer "anticipates that the next E3 will present a Super Mario for the new console".

However, Miyamoto was not directly quoted as saying this - rather it was the newspaper's own text doing so. Here is the relevant passage, translated by Eurogamer Spain for Eurogamer.net: "Miyamoto, who smiled during all the interview - even when he wants to change the topic because 'it's not the moment' to talk about Wii U - thinks that the experience and the new game modes of this new console won't be 'easily replicated in other devices', which will allow them to escape the new tablet competition. "The creator advances that at the next E3, the biggest video games show, which is celebrated in Los Angeles in June, Nintendo will present a new Super Mario for this platform, in which you will combine the TV screen with the screen in the controller."

This afternoon Nintendo confirmed to Eurogamer the El Mundo report, and promised more information soon. "In a recent interview, Mr. Miyamoto confirmed that a new Super Mario Bros. game for the Wii U system will be shown at this year's E3 Expo," a Nintendo spokesperson said. "We'll have more to announce about our plans for the E3 Expo at a later date." Meanwhile, Miyamoto was quoted as saying to El Mundo: "I'm working on several projects but I think that I cannot talk about them all [laughs]. Some are small but important projects for Wii U. Also on a new Pikmin, which will take advantage of the new HD screen resolution, and on Luigi's Mansion for 3DS." Nintendo has said on the record that it will unveil the final version of the Wii U, due out in time for Christmas, at E3. Nintendo of America recently snapped up the domain SuperMario4.com. It was thought it related to Nintendo's already announced new side-scrolling Mario game for release on 3DS by the end of the financial year - April 2013. Could it in fact relate to a Super Mario Bros. Wii U?

Awesome.
You know I was just thinking the other day that there has to be a Mario game for the Wii U considering all the other platforms got one.
I wonder how it'll use the Wii U features!
I'm imagining the game will be somewhat similar to Super Mario Sunshine, much like that game made use of the GC's trigger controls & the GC's ability to animate water well, I imagine it'll be built around the system's features.

I am hoping for a Super Mario Galaxy 3 unveil more than anything else from Nintendo. Although a high quality 2D Mario would be interesting to; NO REMAKES

Mario World was fun at the time, but I personally think it has aged worse than Mario 3, which I find more fun and interesting than Mario World nowadays.

Tickets please! Tickets! All aboard the hype train! The hype train will be departing soon!

A Super Mario game being released on a Nintendo console, never saw it coming...

This, but with a joyful smile in my gamers face.

And they said it was just a demo... Nintendo, we know you too well.

I want a ticket NAO! Actually I love this hype train so much, I want to be in the car that gets smashed to feel the power of Nintendo and all the excitement.