All four tables are pretty fun, which is why I rate this game higher than the successors Pinball Fantasies and Pinball Illusions, which had some fun tables and some that were not so great. Ignition was a table themed with space travel, with you trying to reach different planets of the solar system and other goals related to space travel. Steel Wheel has the railroad in the Wild West as theme, Beat Box is a table themed about the music industry. My absolute favorite was Nightmare though. Sound effects and music was so matching to the theme and the multiple targets to get a higher score were so rewarding. Pinball Fantasies has a similarly styled table Stones&Bones, which is also my favorite table in that game.

The smoothness of the animations and the great sound effects is explainable, because the creators were an experienced demo-group named The Silents. They founded their company Digital Illusions in 1992 and released Pinball Dreams early on in the year as their first game. Later that year followed Pinball Fantasies. Digital Illusions CE nowadays goes mostly as DICE, you may know them as EA-subsidiary that is responsible for Battlefield and other stuff. 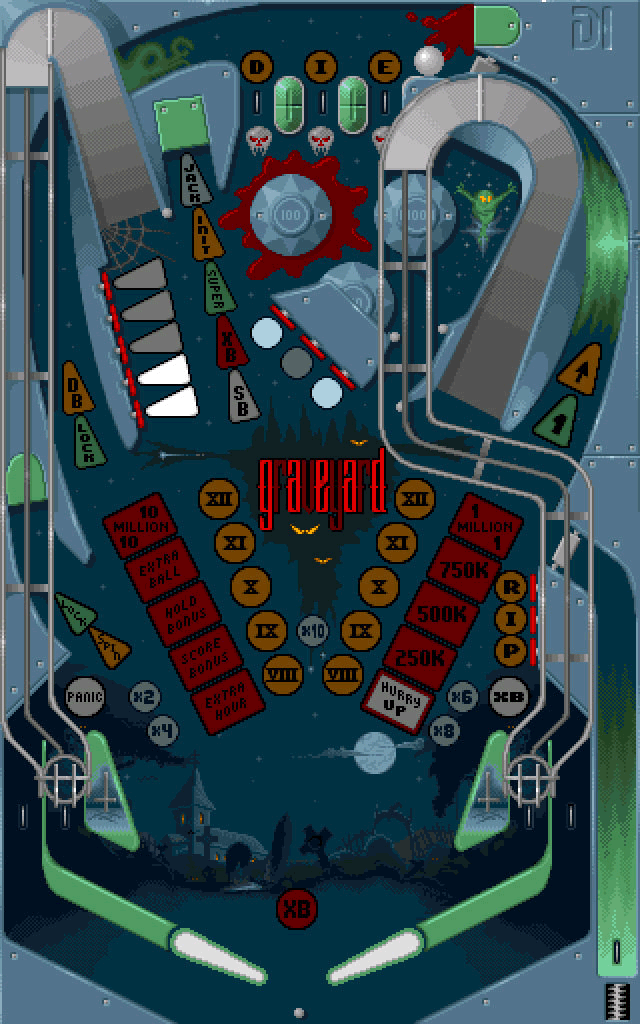