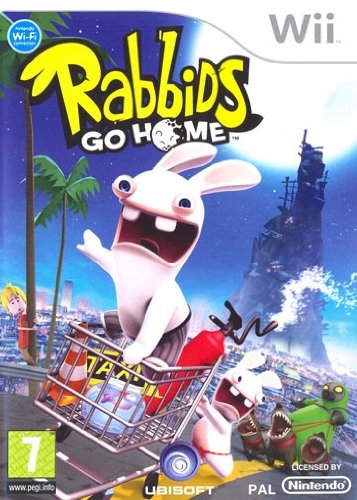 In this first cut-scene, when the Rabbids look up to the moon and make 'ooooh' noise, that alone won me over. It is so charming.

I do like the Rabbids humour generally (many find them annoying), but their games are hit or miss. This one is a game which works. I am not aware if it was the first game which deviated from the minigame formula, as there are so many Rabbids games, but at least it is one of the first bigger adventures for the Rabbids. 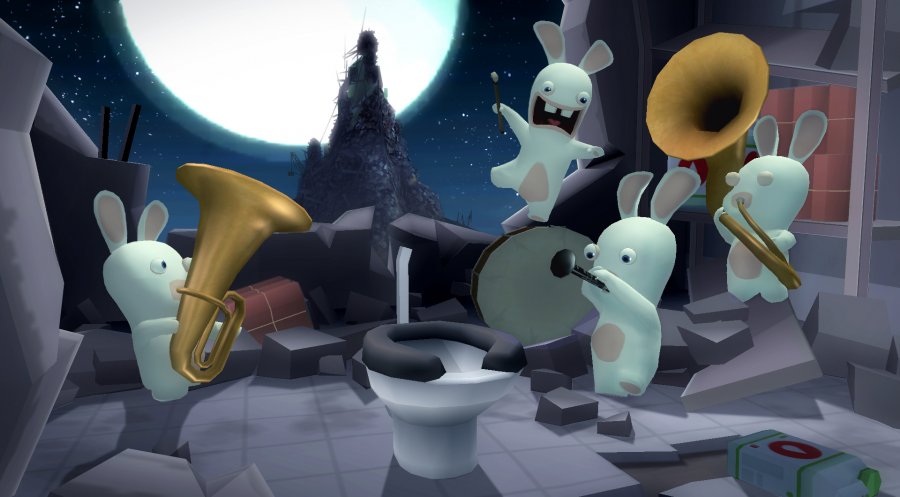 And it fits all so well. The Rabbids were introduced as brutal, carefree, mischivieous, silly, lazy. And this game fits that so well. They want to reach the moon - but only to have another place to sleep. To reach it they don't build any structures, they pile on trash. If they see no trash, they make other objects into trash. They use the sewers to transport the trash.

As a big contrast there are humans in this game, which are the exact opposite: they are tidy, planned, controlled. The human society isn't shown as an utopia though, people are shown as worker-drones and messages remind them to consume to keep the economy running. When the Rabbids come they bring chaos with them and the humans are helplessly running around.

The gameplay is simple, but works extremely well. In increasingly difficult levels you try to collect as much trash as possible. The levels contain simple puzzles to progress, some light platforming and from time to time special stuff like time-limited areas or boss-fights. Depending on how much care you invest in searching every nook and cranny you find different amount of trash. Over time the humans get dogs and pest-control to fight the Rabbids. This makes the levels somewhat more challenging as you have to avoid these dangers. 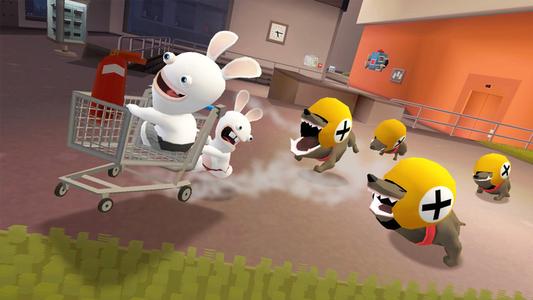 This is a joy to play, as the shopping cart you control allows for fluid movement, the gameplay offers enough variation, the humour is on point. Last year this game was pushed out of the TOP 50 by new entries, but has a reentry into my list this year. As the rabbids got reintroduced with Mario+Rabbids Kingdom Battle, this game might be a good candidate for a rerelease or a sequel. Make it happen Ubisoft!