Ok, let's be honest right there. some months or even weeks ago, this question was stupid for a lot of people. But right, it doesn't looks that mad, well to be honest it really can go either way.

The PS4 has sold over 60.4 million units worldwide back in June 2017, and should be close to 70 million units right now. PS4 total shipments are 67.5 million by the end of September 2017, and Sony expect to ship 79 million by the end of March 2018. A number which could be surpassed very easy to be fair, considering how PS4 has sold better than what Sony expected many  times (they indeed expected 78 million back in April 2017).

The Nintendo Switch has shipped a total of 7.63 million worldwide back in September 2017, is so far selling less than PS4 and Wii in the same timeline, but withouth any holidays. Nintendo expected to ship 14 million during the FY2017/2018 (Apr 2017-Mar 2018), which probabily mean they expected 14 million by the end of 2017. if this happen, Switch will be head of PS4 launch allinied for the first 10 months, and will also be the first time Switch and PS4 will have a "fair" comparation, because will include an holiday period for both platforms. This of course withouth assuming that Nintendo will surpass again their expectation, as is already happen (from the original 10 million prediction to 14 million)

So what do you think? Personally, i think that in the recent years i underestimated both console (Switch at the time knowing as the "NX"), i indeed didn't expect both NX and PS4 to reach Wii sales level in 2015, something which right now looks like the absolutely worst scenario. Both Switch and PS4 are expected to become "S tier" console in term of sales, so the question is, which one will sell more? 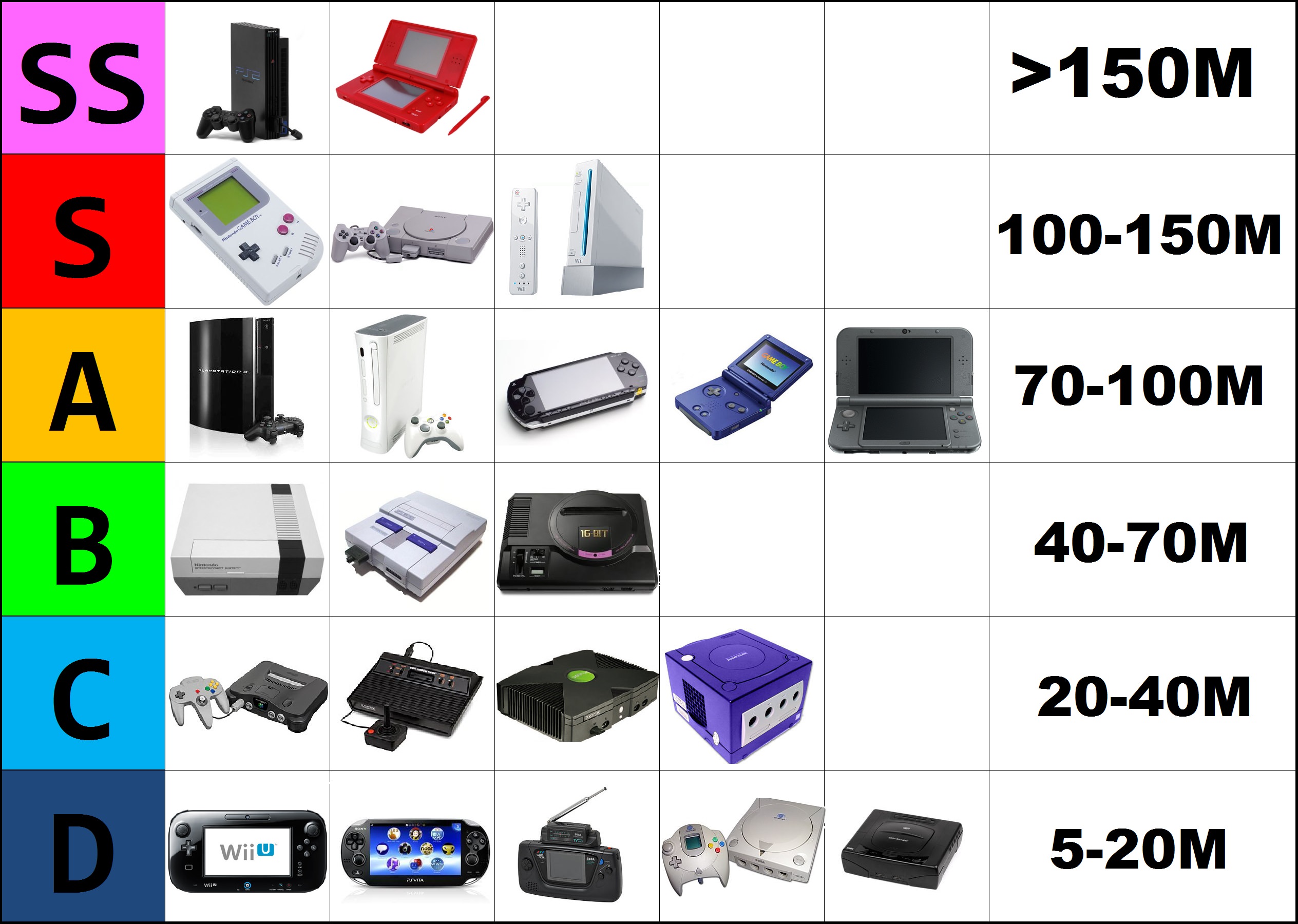 Tell me your opinion, and also write your prediction.

Will be update in future...

PS4, world wide is too good. PS4 should sale better. The only chance I see that the Switch beats the PS4 is an unexpected launch of the PS5 in 2018. But why would Sony do that as long as the PS4 sales like hot cakes.

I'll break it down by region:
North America: Switch by a small margin (I know this is bold, but the Switch is about to win 4 npd's in a row. If they can keep the momentum, it could happen. Plus, they have Pokemon)
Europe: PS4 by huge margin (shouldnt have to explain myself here)
Japan: Switch by a huge margin (again, shouldnt have to explain myself here either)

WW: PS4 will get 130M, while Switch will get 105M. Judging off the predictions above, it looks like a close race, but PS have a bigger audience in the rest of the world than Nintendo.

I still think PS4. The Switch will continue to clean up in Japan though.

Too early to tell, but I would say Switch and PS4 will both be in the S-Club at some point in their lifetimes.

Wii was the ultimate party system. With the Switch, there truly ain’t no party like an S-Club party. I don't think I could say yet, which just makes it all the more interesting.

I wish I could make a bolder prediction for Switch, but it's still very early. It could end up anywhere for all I know, including S-SS. But at the very least, it should make 20-25m at this rate.
However, a year from now I should be able to make a much bolder prediction.

As for PS4, I expect around 110-115M at the moment.
If you put a gun to my head and force me to chose now, I'd say PS4 by a huge margin is the safer bet, simply because it has already performed well for multiple years. Which is the challenge.