Do you believe these teachers should be punished? Correct. I am surprised how many people are okay with this. If it was two men doing this to a girl, people would want both dudes' heads. It's the society we live in though, unfortunately.

They're defending it because they wish it happened to them.

lol just how good looking was this guy? Sexuality is as much a mental process as a physical one. 16 year olds are definitely not on the same level as a 21 year old or even an 18 year old.

Aside from that, you think that makes it OK to just throw boundaries out the window and sleep with a student? It's extremely unprofessional and undermines the teaching process.

I take it this is the counter argument presented against those who "support" the teachers. "You only care because the teachers are female!"

Agreed. Just because someone looks like an adult doesn't mean that they are an adult. Sure some 16 year olds have already achieved an adult level of mental maturity, but most haven't in my experience. I know when I was in high school most of the kids there were totally immature, only a handful such as myself seemed to act like adults. That's why so many US states as well as a few other countries have the age of consent set at 17 or higher. Those laws are there to safeguard those who haven't reached an adult level of mental maturity, to protect them from being taken advantage of by an adult. The laws are in place for the greater good.

And I also agree about teachers. That's a position of trust that you're not supposed to violate, it's both unprofessional and outright stupid to either seduce a student or to let them seduce you.

Yeah. Why on Earth would a 16 year old boy who nailed two cute teachers at the same time go around bragging about it? IT IS A MYSTERY.

Well, I'm no sexist so I'm all for these women's pictures being spread all over the web. Especially the one on the left.

They must be sex ed teachers on the side. 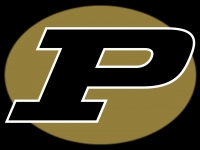 Yea, but if a male teacher was hooking up with a 16 year old girl, there'd be a [metaphorical] lynch mob out to get him, because he's a pervert who's abusing his position of power of the victim.

I'm a guy, and yea sure, if I had an experience like that, I'd probably be jumping for joy. But regardless, there are laws and they're there for a reason. It's horribly unfair that if a young male hooks up with teachers, the reaction is "lucky kid" for the student and sympathy for "making a mistake" or "having a lapse of judgment" for the teacher/s....and the teachers never ever get prison time either. They'll get fired, do a little community service, and then their name is forgotten in the community.

Reverse the genders, making it a female student and a male teacher, but with the same amount of consent between parties, and the student is now a "victim" who's been "traumatized" by  a "horrible man", and for the male, he abused his power to take advantage of a "little girl" and you better believe the word "rape" is gonna get tossed around, heavily. The guy's life will be ruined, if he somehow manages to avoid jail time. Probably not, though, cause even the accusation of not only "rape" but "child molestation" (which would also be tossed around heavily) will earn him the ire of people's attention, before any investigation even begins.

If I was 16, would I wanna bang a hot teacher? Yea. But You have to be completely objective when it comes to enforcing the law. People's lives are affected here. And the fact that males teachers would get the shit end of the stick while female teachers get a slap on the wrist is disgusting to me. Treat everything equal.

edit: think of it this way. Guys who are thinking the teachers shouldn't be punished; how many times have you been to a mall or some other social area and thought to yourself "I wish girls were like that when I was that age" or something of that nature? Would you then try to flirt with her, take her out, and eventually have sex with her? No? Case closed.