Still Codemned: Criminal origins for you after all this time huh, and still Dead Rising for me. will these 2 games ever be de-throned this gen?

I take it the origional Silent Hill is still your fave game of all time? Did Condemned even come close to taking SH's crown?

I love Dead Rising to bits, but nothing comes close to Shenmue for me, DR is exceptional, but Shenmue is still in a class of its own. 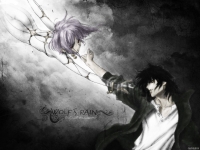 Metal Gear Solid 4 for me.

I think the best game I played this generation has to be Metal Gear Solid 4. The game just blew me away the first time I played it.

Never has there been a game where there are soooooooooooooooooooo many different ways to kill a zombie as there are in Dead Rising, the story is very good (lots of cutscenes due to the multiple times you will have to go through it in order to see everything) unforgiving save points (Imagine you have one bar of health or in other games cases your health is red and you have to navigate an entire mall of zombies in order to make it to that all so precious save room, thats Dead Rising, every action has to be well pre-thought out) The bosses are all unique and for the best part are challenging and well thought out.

Dead Rising is an amazing game that is worth every penny, and now that its in the 360's classics collection its a bloody steal.

The best? Not so sure, there are about four games that have a shot at it. And that's two new series here.

But the one I'm most impressed by? That's rather easy, it's got to be Uncharted: Drake's Fortune. It had that good old feeling most games lack these days. It was the best experience in years, probably since MGS2 and Wolfenstein: Enemy Territory. And Assassin's Creed comes pretty close, though it did have its flaws and they were far greater than Uncharted's.

And the best games? Well, the four games I mentioned are Uncharted, Uncharted 2, Assassin's Creed and Assassin's Creed 2. The sequels improved in pretty much everything, however Uncharted 2 just could impress me as much as the first game even though it was better and while AC2 was better as well, it still had some major things I did not like. So I suppose the best game this gen is Uncharted 2. Sort of. In any GoTY voting I will probably say AC2 instead, for somehow it struck to me more despite its flaws.

The best one for me would probably be 3.

MGS2 was great and raiden was cool and all, but he wasn't Solid Snake so it killed it for me a bit.  I liked the setting of MGS3 and the new approach to steal.  That and Big Boss is awesome.