Thrilling News: Michael Jackson Confirmed As The Composer For Sonic 3! 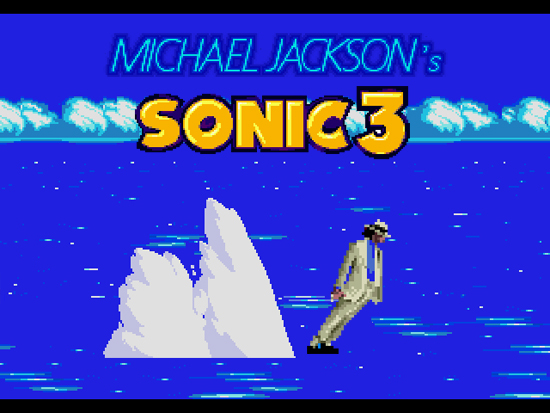 French musician and regular member of VGMdb forums, dma, informed the English-speaking population of an article published in Black and White, a French magazine dedicated to Michael Jackson that talks about Sonic 3 and the supposed involvement of MJ. The following quote is taken from the latest issue released this month, in an interview with Brad Buxer:

B&W: Can you clarify the rumor that Michael had in 1993 composed the music for Sonic 3 video game, for which you havel been credited?

Buxer: I’ve never played the game so I do not know what tracks on which Michael and I have worked the developers have kept, but we did compose music for the game. Michael called me at the time for help on this project, and that’s what I did.  And if he is not credited for composing the music, it’s because he was not happy with the result sound coming out of the console. At the time, game consoles did not allow an optimal sound reproduction, and Michael found it frustrating. He did not want to be associated with a product that devalued his music…

B&W: One of the surprising things in this soundtrack is that you can hear the chords from Stranger in Moscow, which is supposed to have been composed later…

Buxer: Yes, Michael and I had composed those chords for the game, and it has been used as base for Stranger in Moscow. [...]

It’s been a long running myth in the videogame industry that MJ worked on the Sonic 3 soundtrack, and numerous articles with theories, analysis, and investigations have been done over the years.  Now we have official confirmation that he actually did participate in the project.

I always thought their was something amazingly spacial about Sonic 3s soundtrack. Now I know why.

That picture alone makes this thread a win.

How is it even possible to like anything about Carnival Night Zone?

Thankfully, there are other great tracks in S3

If you think those sound MJ-ish.

Then listen to these! :D