Messed up a little on Colossus 4 (horse), he took me half an hour from temple to death, because I forgot how exactly I was supposed to beat him and I was being impatient.

But then I did amazingly on Colossus 5 (bird). I shot an arrow, he came off the tower, he swooped down, I missed, he swooped again, I caught, and completely killed him without falling off once. Only about 12 minutes from temple to temple.

Colossus 6 was easy, as I remembered. I think he took about the same amount of time as Bird, but I fell off him once.

They only really get challenging from the seventh onwards, and even that is easy. 13 is when they become hour-long battles (from my experience).

Also, it seems they used all of the best music in the beginning of the game. All of the music is great, but overall, the first few colossi have the best tracks.

I'm going to take a break from it now.

Yes, more so.  In the end in Ico you have two characters interacting, albiet simply, coupled with a slowly revealed and satisfying nemisis.

In SOTC you have one character, their horse and another character who is essentially lying flat on a slab for the whole game.  It's a subtle tale, but plays more like a mythic quest, and for much of the game there is a great sense of isolation and a focus on a terrible purpose.

In the end in Ico you have two appealing characters playing our a traditional fairy tale type story.

Both are fantastic examples of using visual clues, simply narrative devices and a carefully evoked sense of time and place to convey a coherent narrative.  It's just that Ico by the nature of its story is more linear and traditional.

I know neither game is everyone's cup of tea - but like the best films whether you like them or not their status and artistic achievement is undeniable.

I should mention that I'm playing on Normal again. I decided against hard, because I wanted a proper playthrough where I knew (and remembered) how to defeat every single Colossus.

I think I remember now, but I don't remember exactly how to get to the last few. The environments are pretty amazing, for a PS2 game, although the pop-in is awful, and everything seems a little blurry.

I just finished SotC a couple weeks ago, and let me tell you it was one of those rare, fun momments that you have gaming , so I recommend it people!

. I'm not to carzy about "Ico" ......Because its almost ten years old and I never played  or heard of it until a couple years ago !So I'm pretty sure I'll get some cultural shock XD

I think I'll pass, I've already beaten SotC twice (normal and hard), plus Sims 3 is really sucking my life, it doesn't let me play anything else

But still, I recommend SotC to everyone , it's an experience everyone has to go through at least once in the life. ICO too

Come on, people! At least a hundred of you own this game! 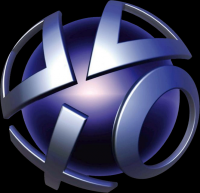 Well 6 down im playin on hard

^How is it? Significantly more difficult than Normal? How long has it taken you?

Come on, people, let's get a discussion going!