Forums - Gaming Discussion - Who else is sad that Nintendo is winning/won this gen ?

Im happy that the Wii is winning. Finally I can talk about games without looking like a sad git.

One of the most pathetic and sorry-ass threads ever. Seriously, some of you need to get a life. There is more to living than just games you know. 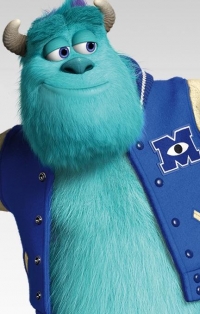 I still find it baffling how people could complain on and on about the Wii(less powerful graphics, casual appeal, etc. etc.) then find it in themselves to praise the PS2 :

I could care less what the so called "hardcore" think about the Wii. I like it A LOT. (almost as much as my Ps2.) The more it sells, it only means I have more people to play against in Brawl, Moh:h2, Mkwii, and other future online games like The Conduit.


I just wish nerds would stop coming to the internet and writing freakin essays on the Wii.

"Where the Games At"


The games are coming. (hell many have already arrived. Lots among this gen's best and among the all time best.)


So, pretty much what I'm trying to say to the nerdly "gamers" shut the hell up, suck it up, don't be a bitch, and grow a sack!

You know... maybe you take this a bit too seriously.

Nintendo is only trying to make gaming more mainstream. It won't kill the "hardcore" game, just reduce their relative importance.


How many cups of darkness have I drank over the years? Even I don't know...

ha ha, I was going to do this myself. It's so true. The supporters for the incumbent are falling inline exatcly by the standards of disruption and a paradigm shift. Though I don't recall much of a Bargaining phase.

My opinoin. I'm honestly sad that the the third parties haven't figure it out yet. If Wii games are so much cheaper and the PS2 weakest of all consoles was acceptable. Spouting style... why do they stick with the least install base.

So no I don't agree. Everyone has their own tastes. This generation will not change the games you are getting. Keep in mind that lat gen the PS2 was far cheaper to make games for. So it was easier for developers to produce more God of War like HARDCORE games. Theres some fallacy that the developers wallets have increased with this gen. It hasn't it's the same amount mnaybe even less. Now they have to pay more per game. Which means that money must be diverted from other projects. If you are happy that this gen is about less of the games you care about. Well that's fine, but don't blame the Wii for that. You Blame Wii for having few games you like then comment about how Devs don't make games for the Wii. You are completely saying that Wii does not have developers, so where is the slew of games if they aren't making them for the Wii?I will restate.

With the advent of the HD consoles there is no magical increase in the money they have to spend. Production costs are way up. That screams less games per year. So instead of blaming high dev costs of the HD consoles that you love so much. You blame another company? Does that make sense? Nope.

OK let's move on to the next part of the silly argument. "Hardcore don't by the Wii" Ok got it. No hardcore buys the Wii except for Wii fans. This means that last gen market has and is shifting to the PS3/360. Ok so most of the Wii owners are not Hardcore fans. Who don't buy God of War. Ok that's the argument logic there. This logic has no impact on the number of games made for the PS3 and 360. By previous hardcore on consumer logic the Wii has no effect on the hardcore.

So wheres the slew of massive games. You are sad that theres less of them. It comes down to what I said before. Ok so then are there less games of the PS3/360 than last gen if the Wii doesn't have the hardcore demographic. Go ahead be sad, be frustrated. Just make sure you know who to really blame and for what reasons.

maybe there is the possiblity that with an increase in the general market and consumers buying more games. That "artists" like Kojima.... will continue to have money to make future Hardcore games. Increased wallet means more support for games you want. The only difference is that now the store shelf space is going to have games that appeal to a wider demographic. That's a bad thing? Your saying that making more money is a bad thing? That's not common sense. Theres another word for that.

Baah don't compare PS2 games to Wii games now, atleast wait until the Wii been out for atleast 3 years, beacuse frankly most of the PS2 games that were released the first couple of years sucked just the same way it is for Wii now.

The only difference is that game companies started develop games for the PS2 years before it was released.

But no, you had to make a troll thread proposing that the Wii is winning and that will *SOMEHOW* mean less core games will be made.

Million, what the hell are you doing making threads like this now? Do you have a life? Did you skip breakfast to make this crap. It's very sad of you.


If anyone made a thread like this on the Ps3 or 360, they would've been blown to the head. So, it ain't fair.


I call for a thread lock.