Forums - Sales Discussion - How many units will the PS5 sell worldwide? 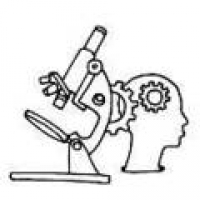 I suspect the PS5 to have longer legs in terms of 'quality software' output than PS4 did. I suspect the raw leap in hardware power to be the reason for longer support of critical acclaimed games, SSD-written engines being the motor for that.

I suspect PSVR2 will also have a bigger impact on hardware sales than PSVR1 did.

+130million and I am lowballing it.

Bigger market by the end of the generation, bigger legs as well, and it still sold out in the whole world after nearly 2 years and +21 million sold, and I don’t know if demand vs supply will be better after sales reaching +50 million.

Around 100mil. Originally when it launched I thought 110-130mil, but now my expectations have gone down a bit.

If it's another regular 7 year console cycle then between 100 and 110 mil. But I'm starting to be increasingly convinced this generation might break that norm and if that is the case it might be able to sell more and outdo the PS4.

How long are you expecting? It must have very long legs to outdo it's predecessor considering that most AAA games are still being released on the PS4 even though the system is nine years old.

People want exclusives. But producing a game that can't be on PS4 is very hard. Developing a game that cannot be on PS5 is gonna be that much harder. The supply issues are limiting sales right now. But what these issues along with deminishing returns and the difficulty to even make something that would require a PS6 also do, is prolonging this console cycle. In addition I do not think that sony would want a transition period this long again. So I expect the PS5 (and Series X/S) to last for 10 years before the next ones release. And sales of the PS5 to get insignificant 3 years after that (2033).

Mobile gaming is part of the gaming market (and a big one), but it is not eating away at the console share. I expect mobile to act as a trojan horse in the future. People naturally will game on their mobile phone. And some will inevitably upgrade to consoles and/or pc. The console market did not grow significantly (consoles sold per generation) over the last 2 to 3 generations. I expect that to change because of the mobile trojan horse. And because of population growth. And because more people in developing countries are getting out of poverty and into consumer electronics.

Also the diversity of available games is bigger than ever. You get kid friendly stuff like always. But even 15 years ago I had a hard time pointing at games specifically for adults (and I do not simply mean violence or sex). Less and less people will stop gaming in theor adult life. That is another growth factor.

Inhibitors for the PS5 are way steeper competition from Microsoft this time, as well as supply issues (should they remain for very long) and deminishing returns: if all third parties are going to have really good ports on the switch 2, the PS5 as a graphics powerhouse will have an argument less.