Not having played any game that released this year so far, I cannot say.

But TNMT: Shredder's Revenge is an early contender as I loved the NES Turtles games

For me so far this year, TNNT Shredders Revenge. Though I haven't played many other games that released so far this year yet, such as Elden Ring, Wonderlands, and Lego Star Wars, and there are more games releasing later this year, so my GOTY could easily change.

I just started playing this and WOW! What an immensely satisfying game to play with shocking depth in its combat system! it won't best Elden ring for Me, but hot damn it's great! Brings me back to my days playing Turtles in Time on SNES.

It’s so fun! We are trying to savor it at my place so we will just do a couple of levels a day but it brings back that feeling from playing the arcade and snes games from my childhood. I can’t wait for the Cowabunga Collection

While we do need to recognize the greatness of TMNT Shredders Revenge, on a personal note I haven't played it so I can't put it in my top yet ...

Anywoo, it goes to Kirby and the Forgotten Land from what I've played so far .... Though, AI The Somnium Files Nirvana Initiative cod prolly become my pick if the second half of the game is just as interesting as the first !

Toss up between returnal and horizon forbidden west. Though I have yet to play elden ring, sitting on my desk, probably next.

Yeah, I got my Steam Deck and have put more hours into this game than any other game this year. I still haven’t even started the Stanley Parable Ultra Deluxe or Stray but I can’t cut away from this game. Thanks for the reminder that it came out!

I didn't know this released this year, but then saw that it only released on Microsoft platforms.  I really liked the first Rogue Legacy, but I need this one to release on Switch.  Hopefully it will come soon. 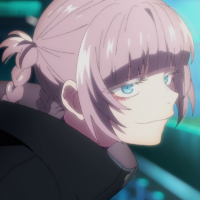 Actually you know what? Elden Ring step aside, GOTY is Powerwash Simulator.


"Stripped of all the air in my lungs now, Feeling so alone. Stampede in the room like a buffalo, Feeling so low"

I had a buddy over for his birthday last weekend, we did a 4-player coop run all the way through and had a blast.

then, because my brain sucks and I can't just enjoy a game and move on, I proceeded to push forward and got the platinum trophy over the course of this week. Was a pain in the ass but it was a fun game so it was worth it. Seriously, only 1 trophy was actually BAD (The one where you beat the end boss without getting hit due to terrible RNG), while another (Beat Arcade mode on hard) was kind of annoying due to not being able to tell what difficulty you're in if you join a random crew online).