Played it for a several hours and haven't come across this. That's a weird bug, looks like a texture/shader issue. Maybe reinstall?

But yeah enjoying the game so far. Though the platforming is chunky af and a little frustrating. Definitely a step up in nearly every way from the first game though.

This is with ray tracing enabled.

Yeah I would hold off on playing if you haven't started yet. I'm playing in 1080p SDR now to fix some of the over sharpening and shimmering issues. They're still visible but less, for example

Every time there is moving foliage on screen you get weird shimmering. 1080p helps a bit, it looks way worse in 4K HDR.

The over exposure is a bigger problem though, outdoors is way too bright in general. This is default 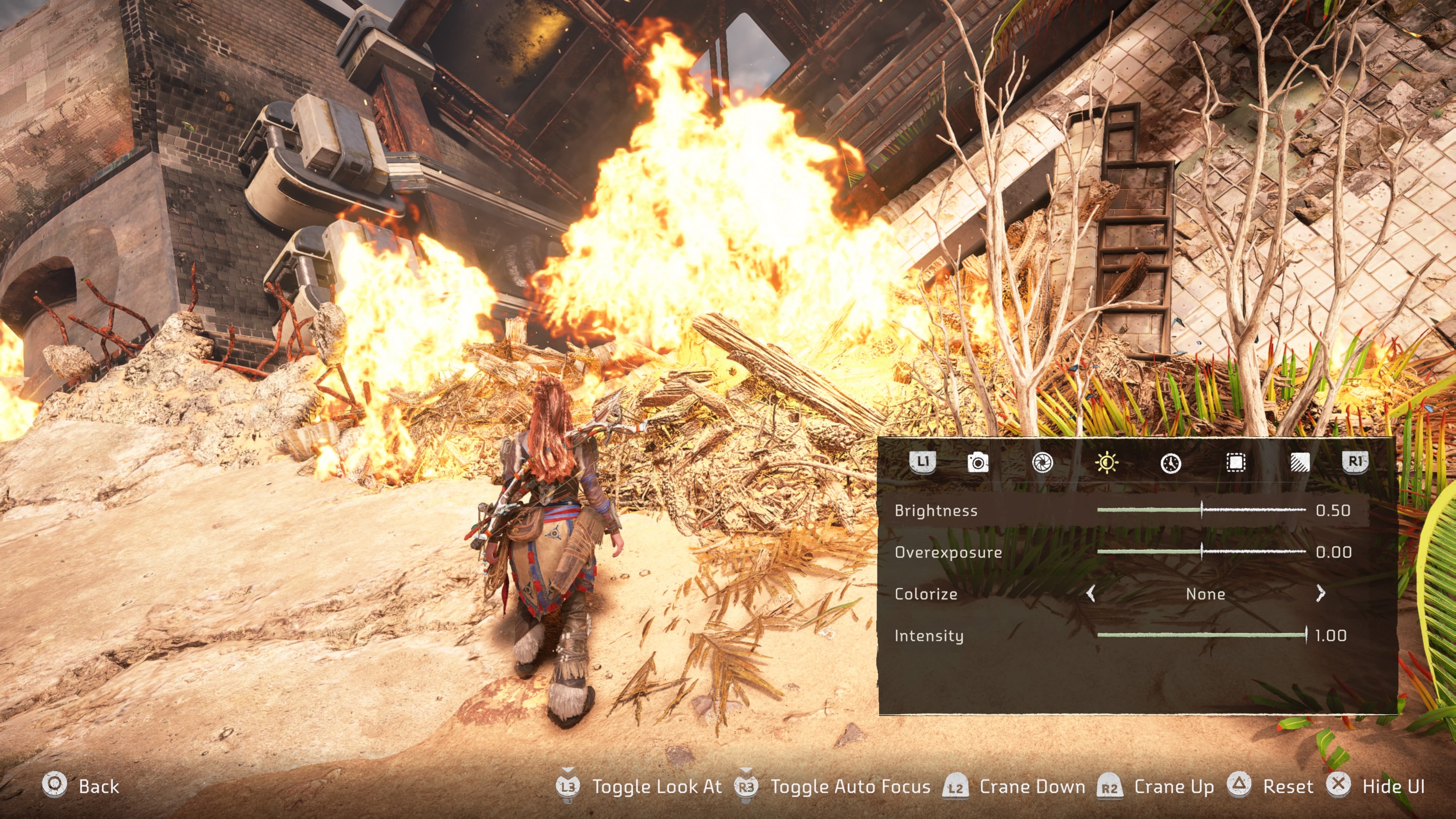 And this with adjustments in photo mode, this is closer to what it should look like 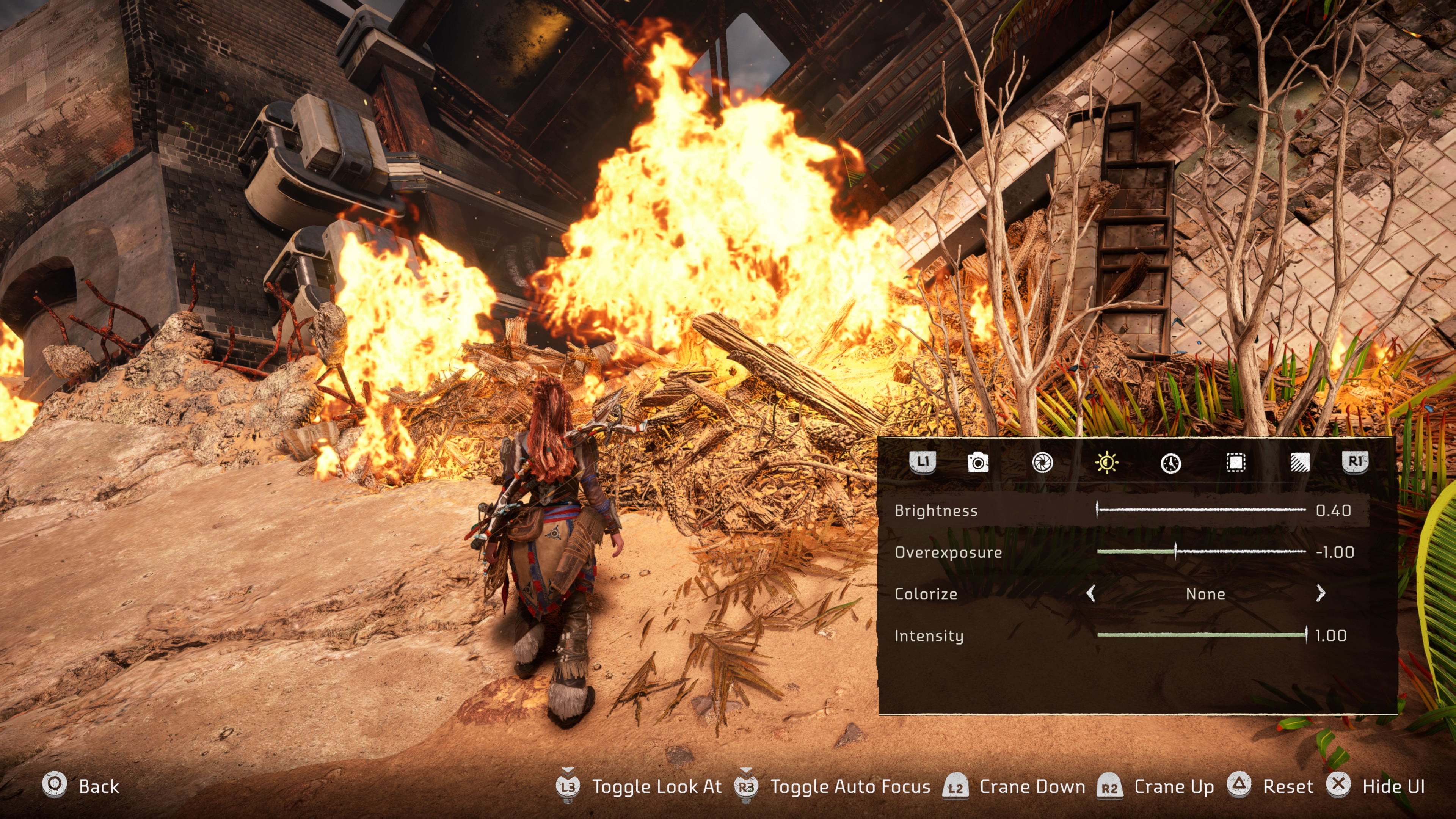 Turning HDR on only makes the extremes worse, it's still doing the fake brightness up and down adjustments.

Something went wrong in the render pipeline. The quality of the world and assets are amazing, yet the lighting is all messed up, HDR doesn't work properly and there is a horrible sharpening filter at work. It's a shame, when the brightness and contrast are right for a bit it looks phenomenal, then it goes back to an over exposed saturated mess where it's hard to read dialog choices etc.

What kind of alloy?

I mean, Tomb Raider in general is recognized for being a ground breaking videogame. Historic significant.

Horizon is more popular, but it's just another video game.

I would say half the world population at least in the West knows Lara Croft. That's definitely not the case with Aloy who most will have never heard of. The game is beloved by many but outside of this group and some other gamers on the internet, the character is pretty irrelevant. I would say even many gamers especially on PC and Switch won't know who that is. I think someone like Nathan Drake is way above her in popularity and even he isn't as well knows as Lara Croft. The success of a game doesn't automatically make the protagonist a world wide super star^^ She isn't Lara Croft, Mario or Pikachu (yet)

Some CoD or GTA guy is also not the same category even with massive sales.

Despite the visual issues, I'm really getting into the game. Actually thanks to the visual issues, I'm getting into playing on my projector again in 1080p SDR. Performance mode looks pretty good down scaled to 1080p. You still get all the high fidelity of the world while down sampling provides the lacking AA that's missing in 4K and it compensates for the over sharpening when up scaled to 4K. It also reduces most of the shimmering on foliage (Still notice it when looking for it, but not distracting as it is playing in 4K)

HDR isn't working right in the game, or at least not what you would expect from it. It simply enhances the contrast while still doing the wild color and brightness 'fake HDR' changes depending on what's on screen. The same problem RDR2 had, not using HDR to show more detail (indoor and outside visible at the same time) just using it to make the contrast more painful on your eyes :/ So not missing that at all in SDR. I have the in game brightness set to 0%, still too bright but do-able.

I'm getting a disillusioned with HDR. It's not brand new tech anymore yet most games keep using it wrong or simply tacking it on at the end of the render pipeline. GT Sport still hast the best looking HDR implementation, over 4 years old now. 4K also makes moving images more rough to look at thanks to all the temporal upscaling techniques at work. Downsampling or rather super sampling simply provides a far more stable, nicer picture than all the reconstruction techniques can ever achieve.

It's not all like that, Rift Apart looks amazing in 4K HDR (although HDR is pretty muted) with a very stable picture. Horizon FW is a mess in 4K HDR.
'Retro gaming' on my 2007 projector, playing a 2022 game on 92" 1080p screen. Loving it! The main drawback of a projector is poor black level and lower contrast. Horizon FW has poor black level and contrast no matter what setting you try, so a perfect fit lol. (Not missing any shadow detail which is a problem when on screen contrast is high)

The game was made for 1080p projectors! 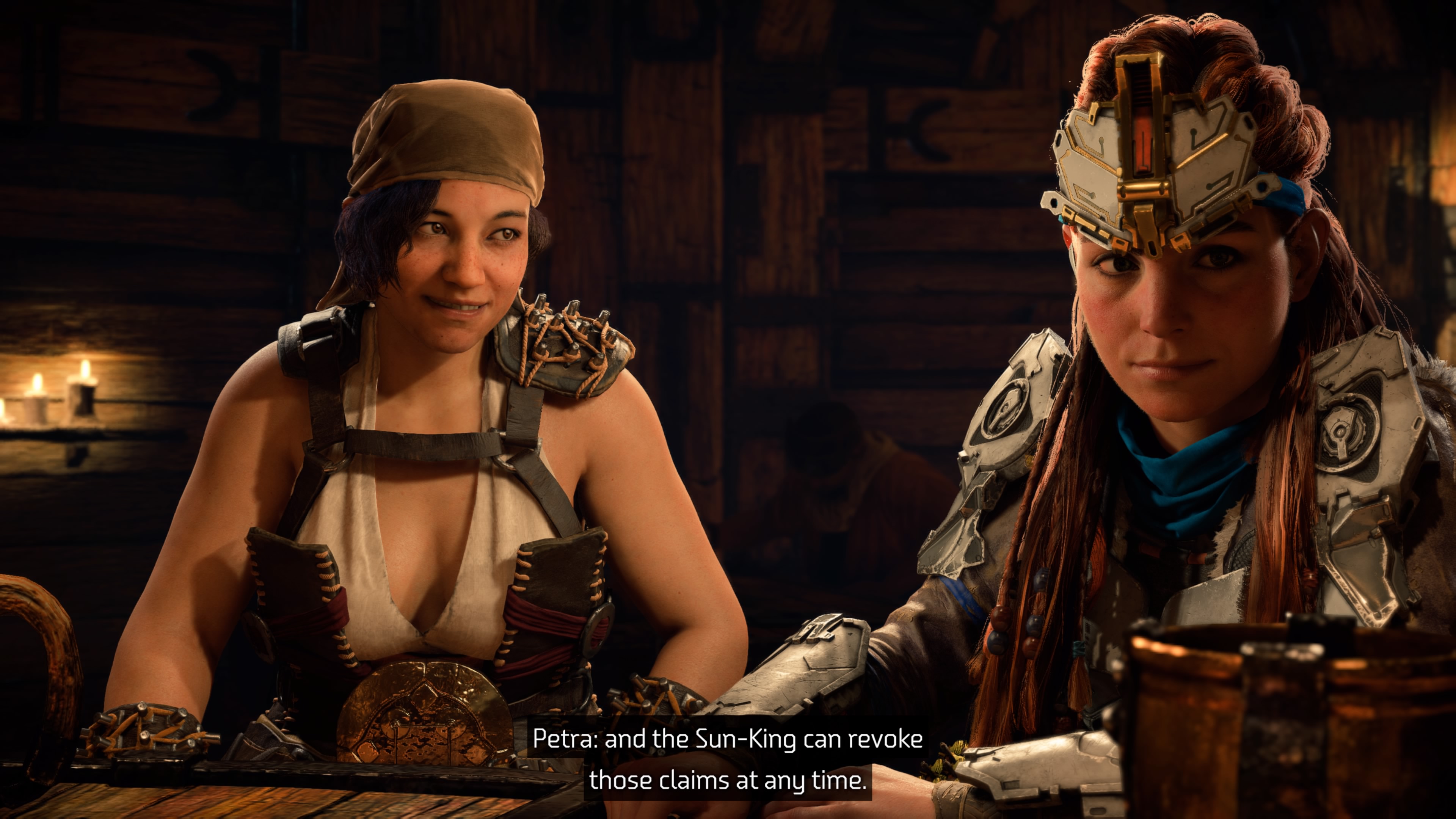