Gotcha. Yes the defense of mandatory mask is easier to defend as really very few people have a legitimate reason to oppose using and really needs to be in crowded spaces. Since I don't leave in anyone else body can't say for sure, but several people put that they really can't breath decently with the mask and I can't say it is a lie just because I breath easily (unless I have sweat a lot or took rain... once I took a lot of rain and the mask was soaked, it was almost a drowing training, was like 1min to reach home so I didn't remove the mask to see the results, well I was very short of breath).

I'm in favor of prohibiting reckless driving not exactly of speed limits, not really because of the prohibition but on what is done (hidden cameras to give you fines instead of very exposed ones and other engineering methods to allow you to see and reduce speed). Forced taxation is something I'm against again because it mostly go to fill out the pockets of politicians and their friends (incoming tax is one that is a little more logical than our very complex variable tax system).

Basic stuff is easily defendable of demanding from people like I put reckless driving, killing, stealing, things that directly harm other (not indirectly or potentially).

I'm not sure what you're advocating for in terms of driving. Setting aside intoxicated driving, how would you define driving recklessly if not by a particular speed.

You are arguing I think for essentially what would be an ultraminimal state. Basically the most extreme version of libertarianism before you hit anarchy. You could read some of the work of the philosopher Nozick who takes a similar view. That being the case, I think we're just really far apart on what we think government should be, and don't think we're going to get to an agreement on this. We have to get to a general agreement on what the purpose of government is before we can really get into any particular situation, and it'd just take too much time.

You can drive safely at 100mph and unsafely at 60mph on the same road. How is the weather, your own skills, is it straight, do you keep your line? For me reckless driving is driving in a way that put others at real risk not just "it could happen". But as I said my issue with speed limit isn't really on the speed itself, but on the use of speed traps not in the way of increasing safety but increasing government pockets. If a certain corner is more dangerous or there is more pedestrian traffic what do you think works best, a hidden camera for the person to think "there may be a camera" or a very easy to see speed portal that the person notices and reduce speed to avoid the fine? At least here with the hidden cameras it isn't uncommon for you to receive a ticket for being 66mph at a 60mph limit road, and who can say while driving safely and attentive you may not notice that your speed gone a little over the limit?

We do have an agreement, that we see the need and purpose of government in a different manner and at least in my case I think it is totally fine and while the majority of population accepts the current level of government power (which I don't like) I respect it because at least so far it haven't gone over a limit I can't live with.

All the other news media channels definitely put out inaccurate information at times, but I've never seen any thing so intentionally misleading as some of the things that Fox News has put out. They've very intentionally made a big deal out of the caravan, only to stop talking about it when it no longer benefited their agenda.

And no one ever points out this kind of thing with other news networks. It is always some generic complaint like "I don't watch CNN, but they're scaring people" or "CNN is calling people they disagree with, Nazis." And they never provide any proof of any of those claims.

I don't think your way of measuring reckless driving is enforceable. And, there's also a problem that drivers going at different speeds is fundamentally less safe. Traffic cameras can work, but there still needs a standard.

As for the underlying issue, I'm not sure we have an agreement. I think the government's purpose extends far beyond protection from direct physical harm or property damage/theft. Do you agree with that?

I would just like to say that unless a person suffers from some seriously debilitating mental disorder, it doesn't matter whether you're on the right or left. You believe, wholeheartedly, that you're looking out for the betterment of the country, and sometimes even the world. So if only both sides could recognize this, instead of pointing at each other and screaming... we might find common ground.

We all want the same thing (this is the key thing to remember). We just disagree on how to get there.

Teacher - OMG, you're such an idiot Johnny. Why do you even bother coming to school? You're no good at any subject and just upset the staff with your stupidity. Just sit there and be quiet.

This is the real life version. No bowl is ever good enough. 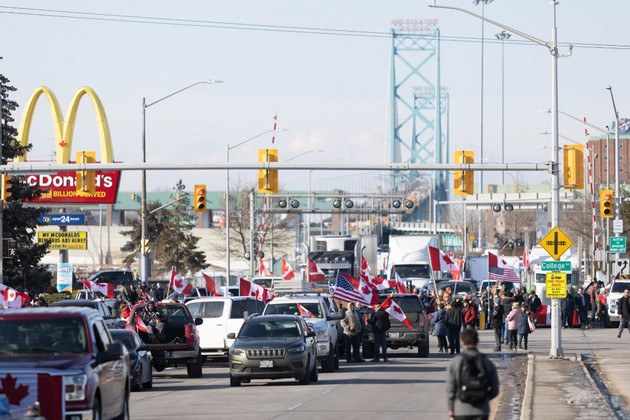 So onto the next bridge. 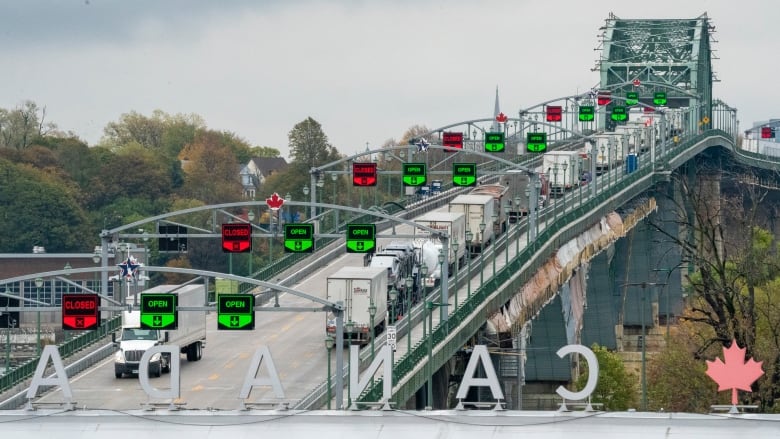 Now there's no way they would shut down a peaceful protest, at the Peace Bridge, would they?

Republicans have become anti democracy. That party ahould never get power again and it should end. I hope they end and we can get a better more leftwing party

The positive takeaway from the OP is that I wasn't dreaming when it struck me as odd to read "who is Black" in a multitude of NFL articles. So it really is a new thing to capitalize adjectives, likely for a well-meant reason that is unfortunately nothing more than counterproductive. It changes mere adjectives into identities, effectively making differences in skin color more pronounced and important than they were before. On the plus side, you North Americans don't have to suffer as much from this modern idiocy as people who speak German, because over here the language gets messed with much more.

As for the more important matters of the OP, it's a widespread misbelief that vaccination makes masks unnecessary. What vaccination does is prevent severe cases of COVID-19 for the vaccinated person and reduce the likelihood of getting infected and transmitting the illness. However, a reduction in risk isn't the same as elimination of risk. Scientists have communicated the effects of vaccination since the beginning, but politics have muddied the water and eventually oversold vaccination as a cure and final solution, resulting in the initial mentioned misbelief.

Among all the COVID-19 measures, masks provide the biggest benefits with the fewest drawbacks. There is actually hardly anything among COVID-19 measures that nets bigger gains than losses, so it's not surprising that populations have grown tired of restrictions and as a consequence begun to ignore measures in private, meaning that when you aren't allowed to do much in public spaces, then you throw big fat parties in private. This is why COVID-19 measures have become less effective with each lockdown, but thankfully we have vaccinations to make life much less worse than it would have been otherwise with all the reckless behavior everywhere.

The worst thing about all the COVID-19 measures is that their purpose is to protect the vulnerable, many of which unwilling to take the step to get vaccinated. There's nothing more frustrating than making huge efforts to help people who don't give a damn, so again, no surprise that more and more people got tired of living according to the measures.

Someone in this thread cited how a study found that lockdowns saved three million lives in Europe. That sounds good on the surface, but when the consequence is that easily ten times as many people began to suffer from depressions, especially kids and teenagers, then even the biggest defenders of lockdowns should ask themselves if it's a smart thing to sacrifice the young generation in order to protect the lives of old people who don't contribute to society's wealth anymore and wouldn't have to live many more years to begin with. All these short term gains will be more than wiped out by all the long term damage and that's before we get into talking about all the businesses that had to file for bankruptcy due to the COVID-19 measures.

A bigger emphasis on each person's own responsibility would have been a much better course of action to get through this pandemic. The people most in danger of dying from COVID-19 were always very old people, so exactly the people for whom it was the easiest to avoid contact with other people. They weren't working jobs anymore, they were usually not living with their kids anymore, so the biggest hazards to be prone to infection didn't exist for them. They could have isolated themselves without negative consequences for their finances; that is, if they were worried about their well-being due to the coronavirus. In reality a lot of old people have the attitude that they live their life, and if shit happens, it happens. So about the only measure that should have been pushed through is...

...masks in closed spaces and masks in open spaces with lots of people tightly together. Wearing a mask takes so little effort, yet it helps so much in protecting yourself and others. Virtually everything else could have been achieved with self-responsibility. There are times when other viruses are around and people say for themselves that they won't go to a party or an event, because they don't want to risk it during those given two to four weeks it takes for such a wave to die down.

But we've got all these measures, many of which have gone oberboard or are completely unnecessary, and the consequence is increased sympathy for political parties who consist of morons, simply because these morons can operate on the principle that even a broken clock is right twice a day. Granted, this analogy isn't perfect because said political parties are usually against masks as well, but the message that more freedom wouldn't be doomsday for humanity rings true. They can't convey it in a respectable manner because they don't believe in science, but growing frustration in the population makes people acceptant of agreeing with people who get something right despite it being for all the wrong reasons.