1. OG Xbox with the X Logo. (nod to Xbox 360 S)
2. Xbox Series X and S love the compact clean design. (continuation from Xbox one X)
3. Gamecube - practical and compact.
4. Sony's slim - I really did not like PS3 and PS4 fat but man Sony really nail down there slim console PS2 Slim; PS3 Slim and PS4 slim are really optimized version of there original version. I can't wait to see what they will do with the PS5 Slim.
5. WiiU - Smooth black edge was much nice departure from the white Wii console.

LOVE the idea of this thread! Here are mine:

1) PSone - easily my favorite of all-time, and it started the entire trend of releasing the small, slim versions later in a console's lifetime

1 - Ps2 slim, its not even close, the console looks sleek and tiny, fits really well in any entertainment centre and its so easy to transport. Choice of colour, looks good both vertical and horizontal

2 - Wii, again, so small and sleek and choice of colour, looks great both in horizontal and vertical

3 - Xbox one X, I almost put 360 slim here, but one X wins because has no external power supply. Small console

4 - Xbox 360 slim. The 360 slim looks so sleek and looks great both vertical and horizontal, its also a small console

5 - PS3 FAT. The original ps3 was gorgeous, like a high quality device for sure, no disc tray, touch buttons, looks good horizontal and vertical, just a shame it was so big

6 - Dreamcast. Such a beautiful and simple design, unfortunately only works horizontal, I loved the orange light contrasting with the white.

7 - WiiU. Just like the wii, a small console, looks great with all the shiny plastic and minimalistic look, looks great in horizontal and vertical, the only issue is the huge controller and external power supply.

8 - Xbox series X. It looks absolutely amazing when vertical, its not as big as the ps5 and looks more quality too. The green on top is a nice touch, not too distracting like the light on the ps5 and the black colour fits better in most entertainment systems. I actually do not know anyone with a white TV and white speakers. It also does not need a stand to stand up.

9 - Sega Saturn. Almost as good looking as a dreamcast, issue is it only works on vertical, I love the minimalistic design and the console was small.

10 - Gamecube. Only if you exclude the purple colour one. I hated the handle in the back but apart from than the console is an amazing design, its a small cube. Doesn't work on vertical

11 - PS5 - Its far too big to win first prize, the stand looks like it was not well thought out, the disc drive also breaks the intended design and the white colour might be too distracting in the living room. And only works vertical, if you put it on horizontal it because the most ugly console ever made (same for xbox series X). With all that said I think it looks great the way I put it, outside on the floor, it will not work next to your TV as the front light will be too distracting, but out of the way it looks good. Also the power button is nowhere near as good as xbox which is a big button with a light on it, such light you can adjust the intensity in the options.

12 - Switch - Its a beautiful portable, but on the stand it just looks weird, specially horizontally will be the worst design ever, then again this was supposed to be a hybrid console so I'm not sure it counts for this list. On vertical its still small enough to enter this list.

I am suprised a lot of people choosing the "minimalistic" look.

If I included handhelds in mine yeah 3DS XL wins hands down, A perfect looking system. And yeah same Im actually not as fond of pure minimalism with consoles

Of all time or this current generation?
Atari VCS
Xbox 360
Sega Dreamcast
Nintendo 64

I figure I might as well chip in now that this got bumped.

Actually I agree the PS5 looks pretty awesome. The PS3 also had a great design. For Xbox consoles I like the Xbox 360S design and I think the Series S also looks great. For Nintendo the Wii looks best imo. 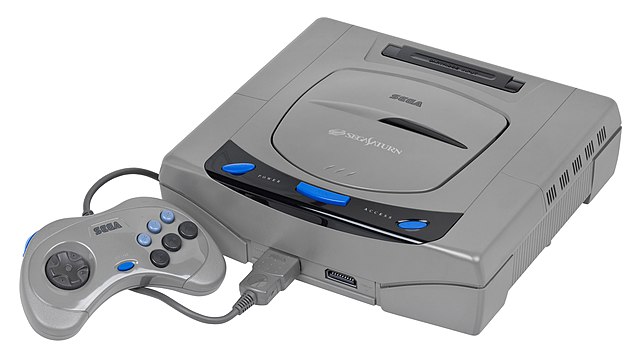 Ps1 is the most iconic console design