Still an exciting proposition in figuring out what numbers might look like! Thanks for looking into it!

Already more than 50 PC games with a MetaScore of 90+ are rated "playable+" on Steam Deck: 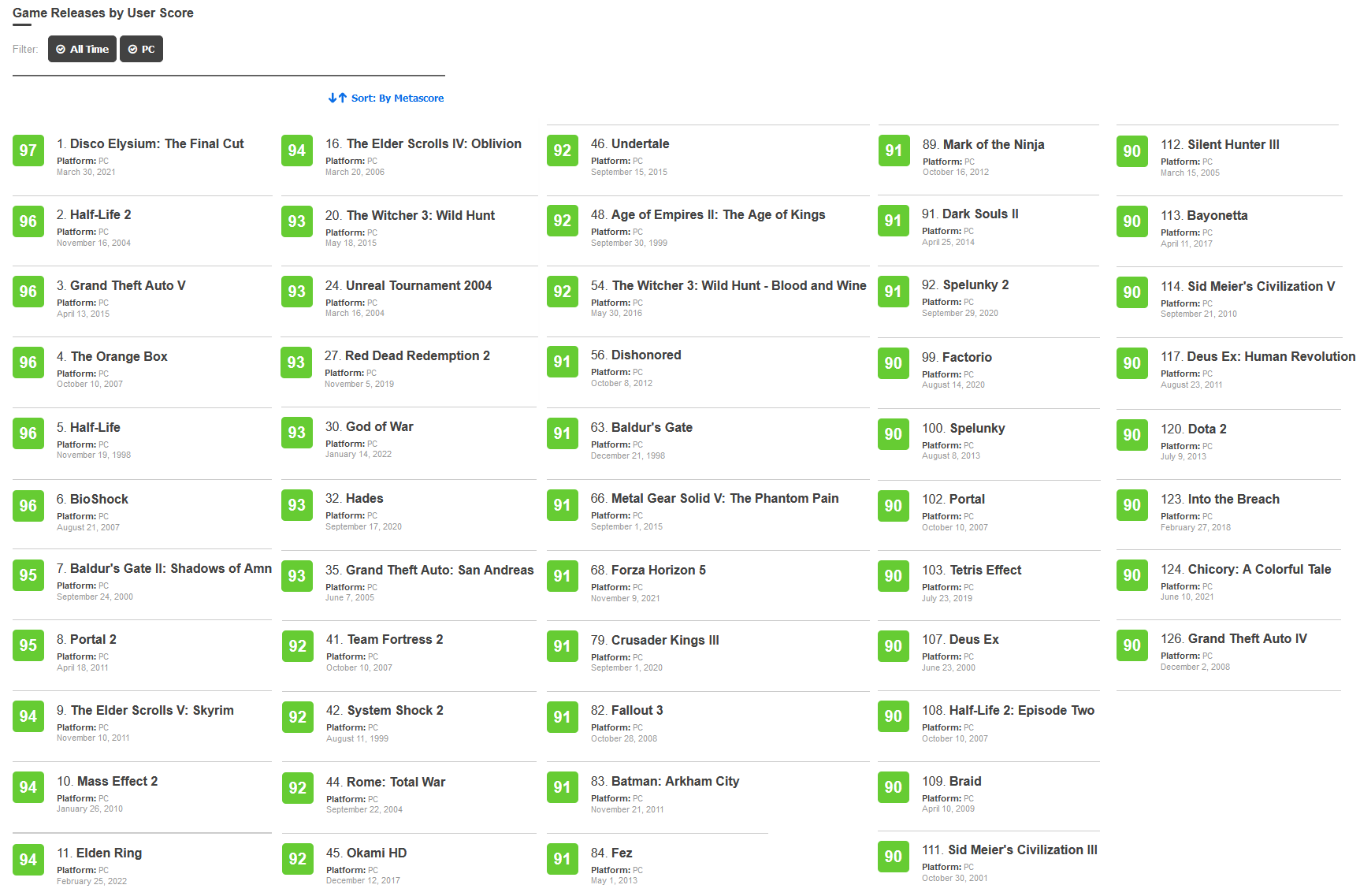 For comparison the number of games with 90+ MetaScore on other systems: 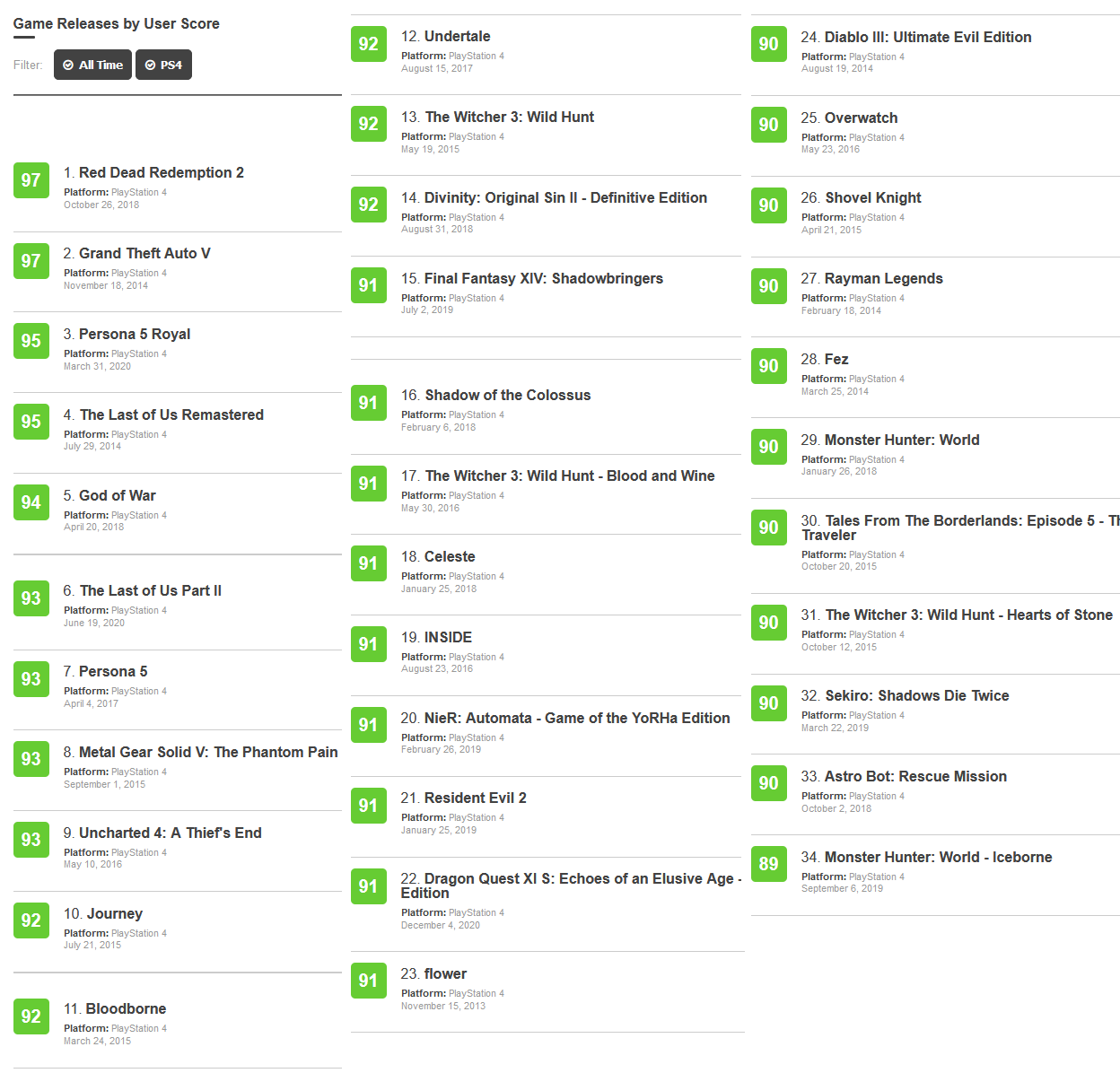 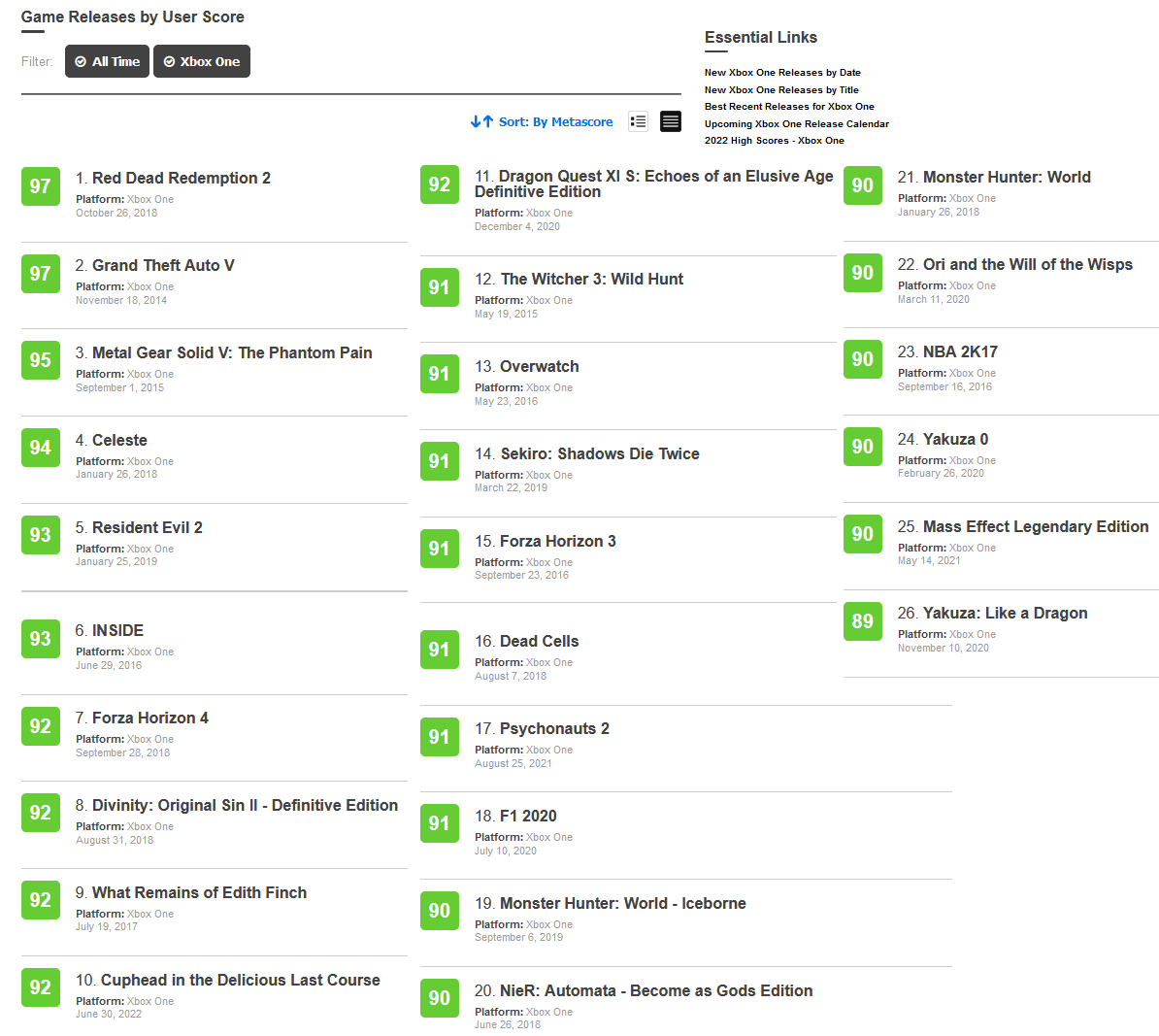 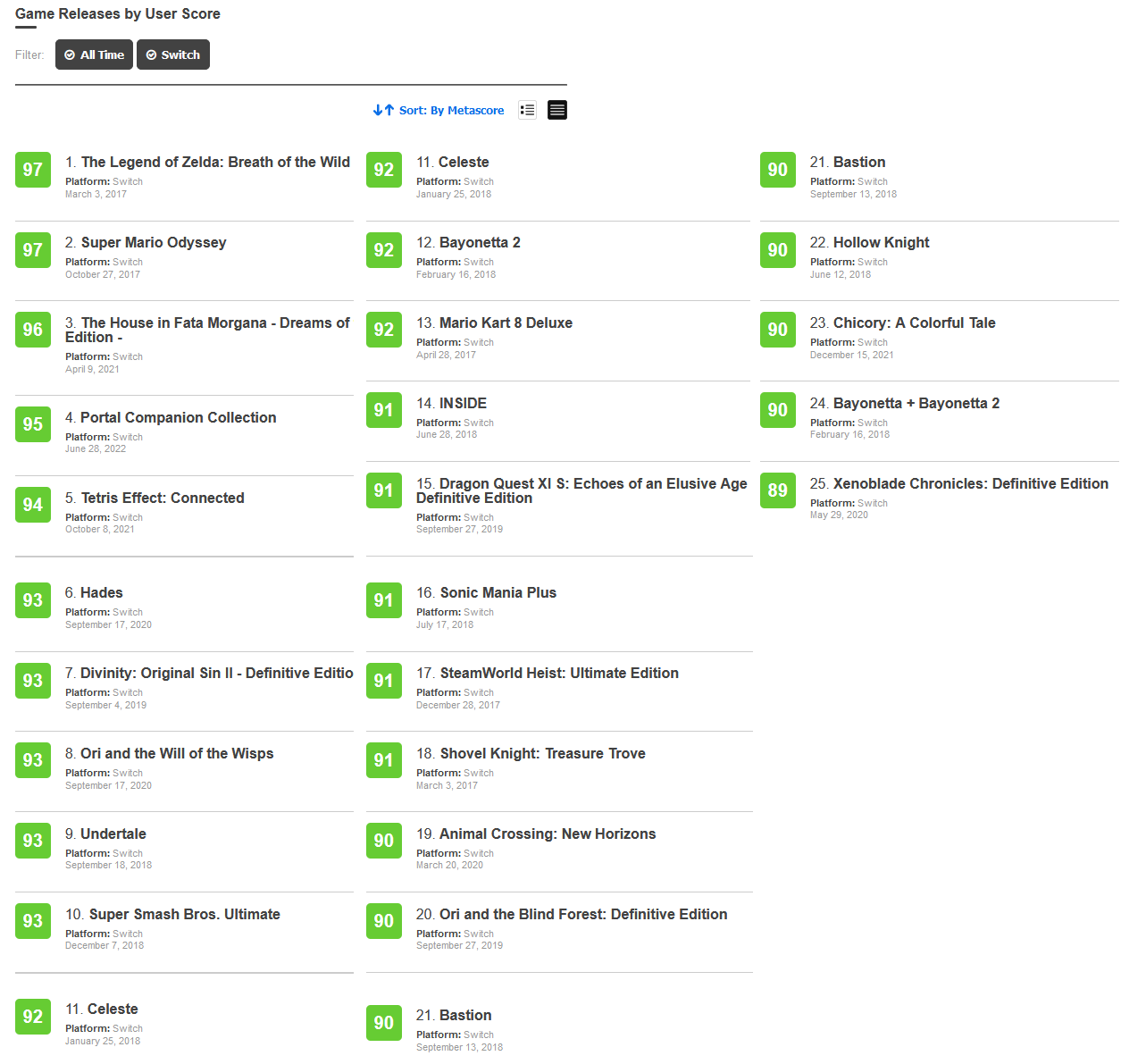 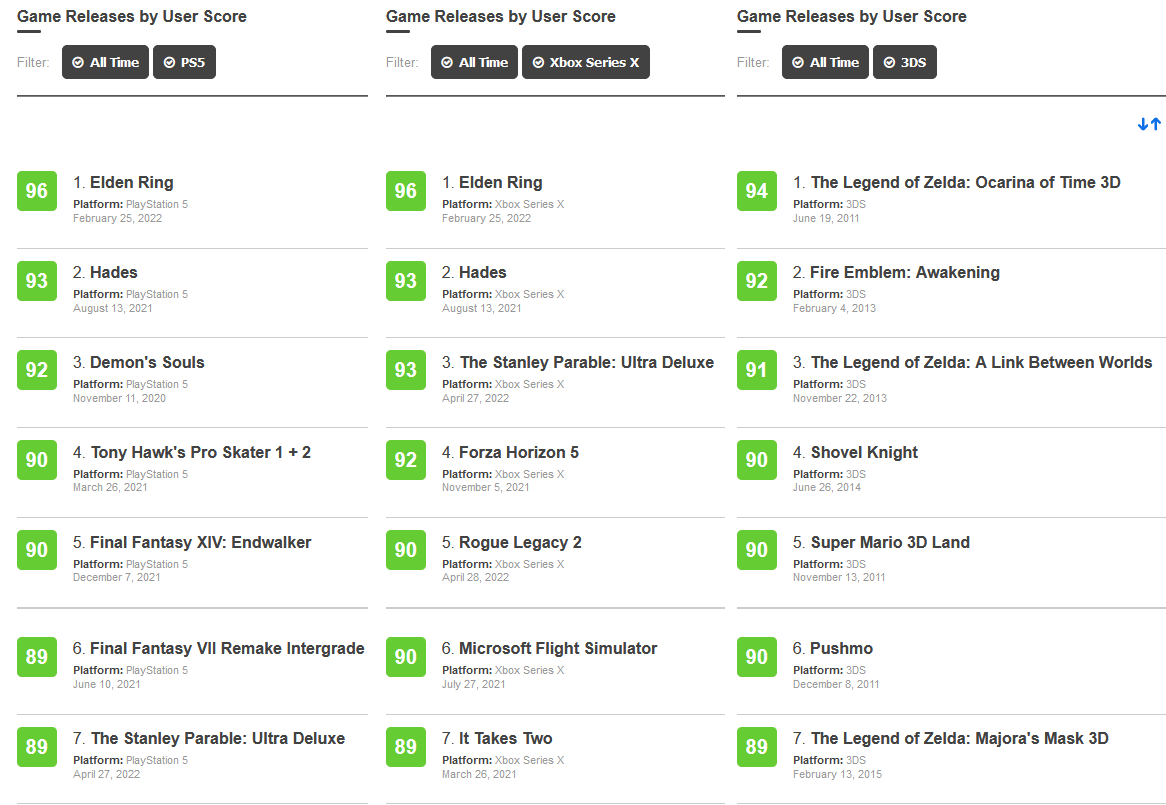 Looks great, but I'll wait on as sale. Until then, my PS5 version will have to do.

The Steamdeck is such an amazing piece of hardware.

The SteamDeck is only the beginning of affordable handheld-PC invasion. Handhelds (so called hybrids) will keep gaining popularity over stationary PC/consoles, and handheld-PC's will ensure this transition to go faster.

In 2018, I predicted handhelds to take over mainstream "console/PC gaming" by PS6/7's time, and discussed the possibility of a portabilized PS4/PS5 (in the form of SKU as opposed to being their own individual consoles). SteamDeck is pretty much that.... but for the most part even better, because it's an affordable portabilized "PC", and PC has never been better. The transition may occur sooner than I was expecting it to, but RayTracing, VR, and other resource demanding technologies/peripherals could still mean Desktops/Xbox/Playstation home consoles will remain the primary focus for at least one or two more generations.

In the distant future, several more lines will be blurred and mobile phones (and smart TV's?) will absorb everything.

^ Nah. As much as I love playing on the Steam Deck and its form factor, it isn't going to replace traditional consoles any time soon. There's so much you can do to advance tech and fit in a small 10-20W envelope. Its not really on par with a PS4. I'd say its closer to the Xbox One in performance due to its limited memory bandwidth (half of the PS4). But it targets a lower resolution so it does fine in 800P.

Its a great little console however and I've used mine more to game that all of my gaming stuff combined (PC and consoles). Nothing like having a device you can just pick up and play and resume any time I want, with my Steam library.

Got my confirmation email! Purchased and pending shipment!!

4974 Steam games are now categorized as "verified" or "playable": 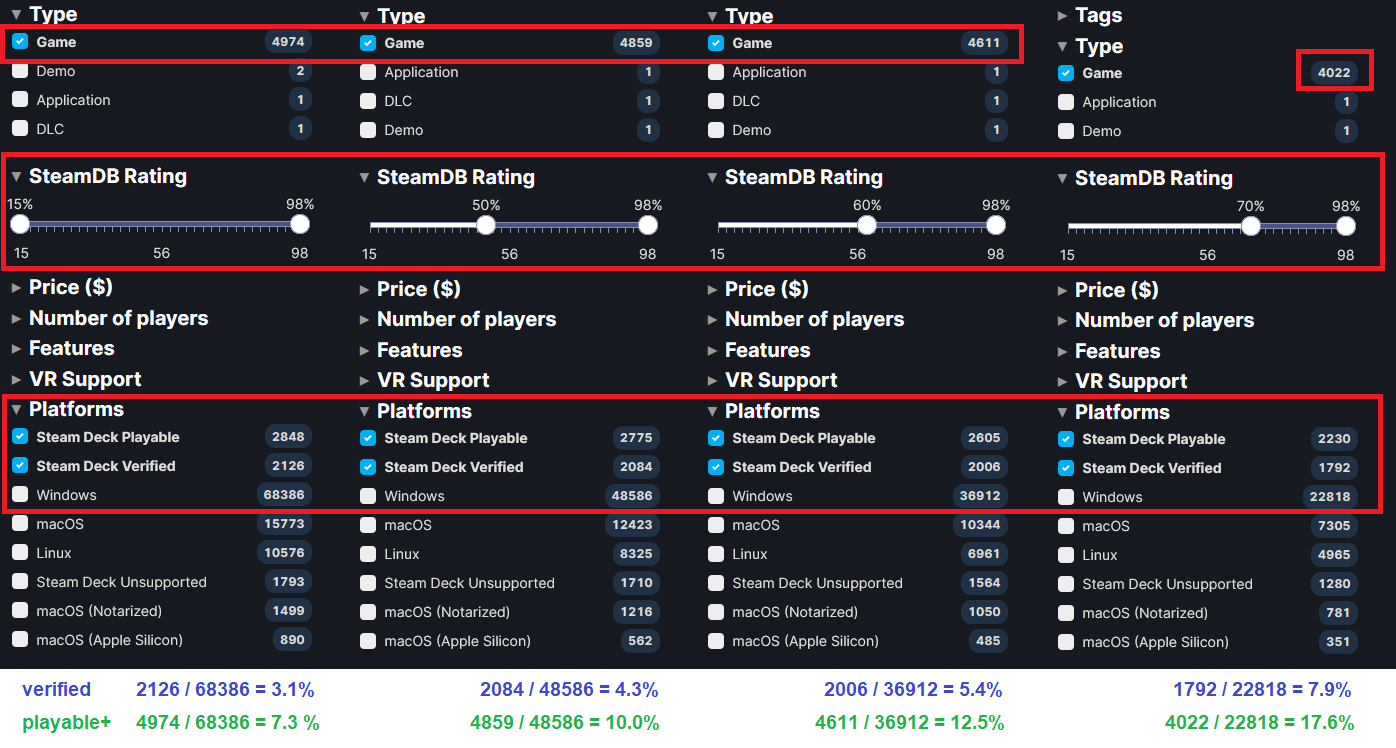 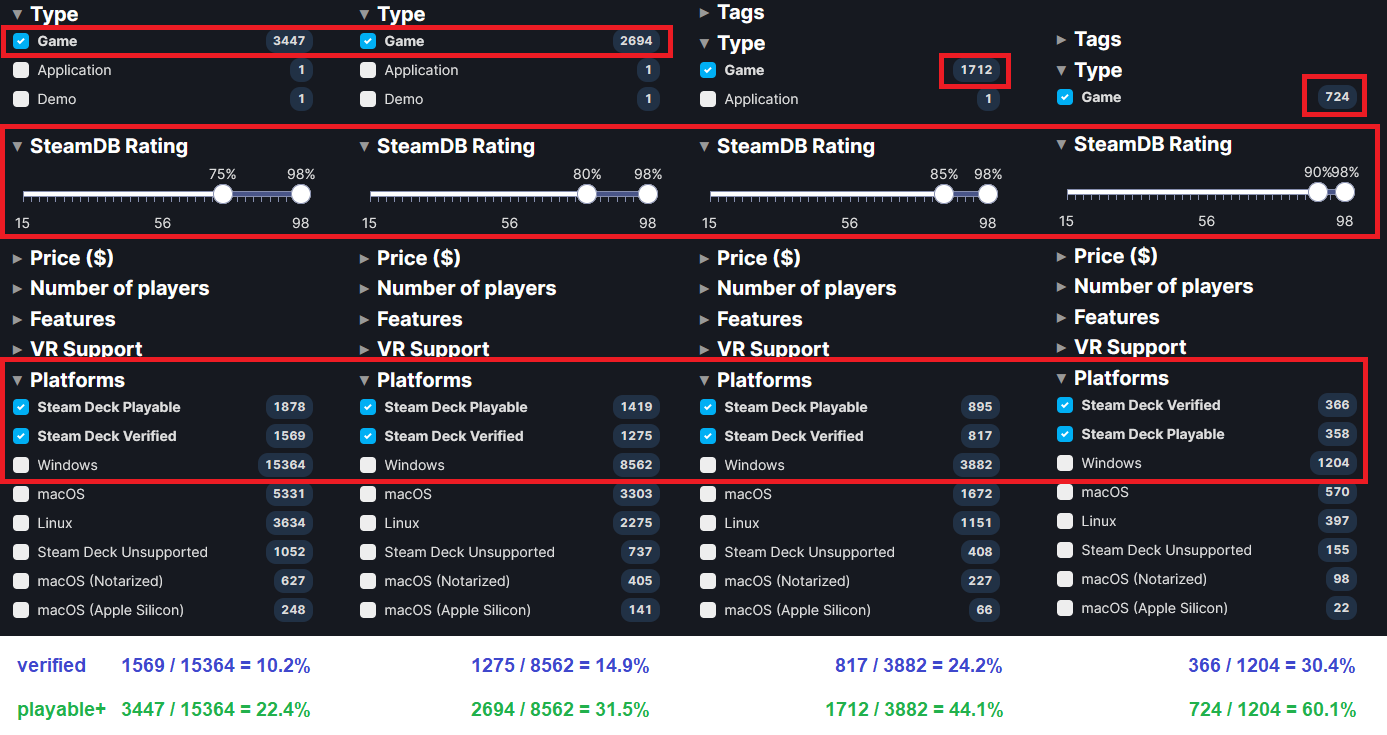 1299 games of my own Steam library are now categorized as "verified" or "playable":