Yes, but what about back here on Earth 1?

...Sorry, just trying to wrap my head around the fact that you're the same person who just months ago was lecturing me against the fanaticism of raising the minimum wage.

Look I'm with you on Medicare-for-all. I voted for Bernie Sanders precisely for reasons like that. But like I said, the reality is that most people -- especially working class people, who are the most likely to have to deal with social violence -- fundamentally view policing as a public service to be improved, not as a disease to be contained like you and so many of today's political progressives make it sound like. That is the view that this primary outcome clearly reflects. I think a little more listening to what working class people of color themselves -- the people most often facing this shit (both police violence and social violence) on the ground -- are saying is in their interests might be worth considering. And politically prudent. This is the base of the Democratic Party telling you you're wrong on this issue. I think one should listen to that.

I have always supported increasing the minimum wage. I didn't support your takes regarding it. There is a difference.

As for your point about the Defund movement, we've had this conversations at least once already, so I'll keep it simple. Moves like de Blasio scrapping the construction of a new precinct seems stupid from the information you provided, but this action (done by someone who isn't really a progressive btw) doesn't reflect the entire philosophy of both myself or the movement at large. I think that is part of the danger when the slogan sucks as hard as "Defund". It is easy for pandering politicians to miss the point. I believe that what we need to do is not just listen to the people, but listen to the proposals at hand and a have an honest conversation about them. However, I do not believe this is possible if we keep just parroting right wing lies because it is easy and it gets votes.

You're right, we've discussed the issue in a different capacity before (in direct connection with critical race theory). It's also to your credit, I think, that were able to have a constructive dialogue and make progress toward agreement in that discussion in the past. What's more, I suspect we'll discuss the issue of policing again in the future as well, being as violent crime now regularly polls as the American public's leading issue of concern now that the coronavirus has been at least largely contained and with murder rates up 24% over last year to date and 49% over 2019 levels, as it's just super easy to connect a lot the recent increases in violent crime in the U.S. to new municipal policies that have been adopted in many cities, like New York City's decision a couple years back to do away with cash-bail.

A recent USA Today/Ipsos poll captures the particulars of public opinion on criminal justice in America. Among other findings, just 1 in 5 Americans today is still dumb enough to believe that the police treat everyone equally, while, at the same time, just 22% support the "defund the police" movement. In-between are the details.

81% support mandating that police-involved shooting be investigated by a separate and independent authority.

62% support using some of the police department's budget to fund community-involved policing and social work.

These are all views I agree with personally too. What it all means is that the public writ large wants more of everything being done. They want more social work and community-involved policing being done and they want more officers patrolling the streets both, NOT either-or. The public is against stinginess. And yes, the public also demands more officer accountability as well.

But you'll also notice these rather key points tucked in there as well:

Spoiler!
Crime has once again begun to roil American politics as murder rates have spiked – up 24% over last year – and as the threat of COVID-19 has ebbed. In the poll, crime topped a list of 16 issues of potential concern. The coronavirus pandemic dropped to No. 7, tied with racial injustice and discrimination. (They trailed political extremism, climate change, health care, government budget and debt, and immigration.)

Crime now ranks in as public concern #1, racism ties for #7 as a priority at present.

Crime and public safety is the issue on which the Republican Party now holds its strongest advantage. By 32% to 24%, those polled said the GOP was better at handling crime. Democrats were preferred in handling health care, education and gun violence. The parties were roughly tied on handling employment and job creation.

You can do the math on this. Either more people with the sensibility of Eric Adams win their primaries going forward or there will indeed be trouble for the Democrats in next year's midterm elections, as Adams has suggested. That message is very clear. And I really don't care whether acknowledging that is considered "progressive" or not. I don't consider myself a progressive per se these days. What I care about is the welfare, including the basic physical safety, of the public, not puritanical, dogmatic adherence to this or that ideological perspective. I keep pointing to budget shortfalls here because it is, in fact, my view that idealistic people like the "defund" crowd have really just been used by technocratic politicians (the real villains in this situation, IMO) to justify what in reality is just a variety of neoliberal austerity budgeting in order to correct budget shortfalls in the wake of the coronavirus.

In fact, I'll even go further and suggest that there exists direct overlap between fully funding police departments and reducing the commonality of police brutality and violence. Statistically speaking, the main thing when it comes to reducing crime rates is more street patrols, but there are more benefits to having more cops than just reduced crime rates. Officers without back-up will be more stressed and at higher risk of poor judgment. Response times will increase. Cash-starved agencies will train less, not more, while lower pay scales will result in less qualified recruits. The better police departments are funded, conversely, the more each of these problems will tend to be mitigated.

Bottom line: Policing should be improved, not reduced.

As the top line to my response: I agree that if we were to maintain policing as it is now, it would not make much sense to "reduce" it in many jurisdictions.

Now, lets talk about a few things. First is cash bail. You mentioned that (to paraphrase) it is easy to connect the increase in crime we are seeing to programs like the removal of cash bail. Now, I'm not sure if you are just saying this is an easy conclusion given the correlation or if you actually agree that there is some causal link here, but luckily there is a solid body of evidence on this topic from before this recent crime spike. First of all, I believe that our cash bail system is fundamentally immoral and we shouldn't try to justify an immoral system, we should try to fix, but lets look at some of the implementations of the system.

In New Jersey in 2017, cash bail was virtually eliminated, leading to a 50% decrease in pre-trial detention. This coincided with a 16% drop in violent crime.

In New Mexico in 2016, a constitutional amendment was added ensuring bail amounts are set at levels defendants can afford. Crime rates declined and the number of people released pre-trial who aren't charged with another crime increased.

To increase the scale a bit, DC uses a system which prevents judges from setting monetary bail amounts that would result in pre-trial detention. Of those released, 99% are not rearrested for a violent crime.

Eliminating cash bail goes a long way to fixing an unjust system and has been shown to not cause any decline in public safety in numerous jurisdictions. It seems the changes in New York were just unfortunately timed given that they corresponded to a general nationwide increase in violent crime.

As for the poll you posted, I don't find it particularly egregious, but I think this is where a lot of people who only look at the surface level of "Defund" get tripped up (including pandering politicians). We aren't just saying "shrink police", we are essentially asking for the police to be focused. Police have been saying for years that they are tasked with too much and many (if not most) of their duties have little to do with stopping violent crime. We should scale them back in the areas where other, unarmed solutions can be effective and focus them on areas which have a higher likelihood of requiring armed force.

For example, traffic enforcement duties I believe should be shifted away from police and into its own branch (here is an article discussing this unbundling idea: https://www.theatlantic.com/ideas/archive/2020/06/unbundle-police/612913/ ).

Let the police act where they can do the most good and pull them back from the areas where they can do the most harm. Then, we can have more police patrolling the streets and fighting crime while simultaneously scaling back our policing system. That is why "Defund" as a slogan fails so spectacularly. It shouldn't be about taking what we have now and shrinking it, so much as it is about improving the focus of what we have now to better be able to address all concerns at hand. (This also pairs with broader reform of legalizing/decriminalizing drugs and generally changing how police interact with the community, which may change calculations of what areas need a police presence. A focus on helping the community and not jailing it may also aid in reducing funding necessary for our jails and court systems.)

Bottom Line: Policing should be reimagined, not simply reduced.

Floyd died from a massive overdose of Fentanyl (leading to cardiac arrest) as we have seen on the non-manipulated video where he said "I can't breath" multiple times before he was allowed to lay on the ground as he asked himself. The autopsy showed a lethal dose of 11 ng/mL of fentanyl in his system. The Floyd hoax killed 4000 Americans.

When an AOC voter and the the cause of violence meet in the streets.

From your own link:

Baker added, "I am not saying this killed him."

Dr. Stephen Nelson, chairman of Florida's medical examiners commission, who is not affiliated with the case, reviewed the new files and says that doesn't mean the drugs or health condition is what caused Floyd's death.

In Baker's final report after watching the videos, he ruled Floyd's death a homicide caused by "law enforcement subdual, restraint, and neck compression."

The FBI asked the Armed Forces Medical Examiner to review Baker's autopsy and they agreed with his findings, writing "his death was caused by the police subdual and restraint" with cardiovascular disease and drug intoxication contributing."

Guess expecting them to read more than a sentence is a bit too much.

Take the 20 billion USD/year out of this sort of ridiculous shit that should never be in civilian communities:

And you'll avoid this 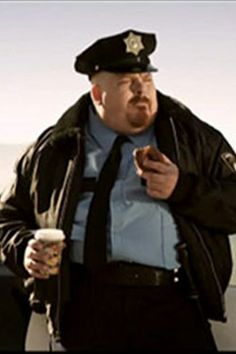 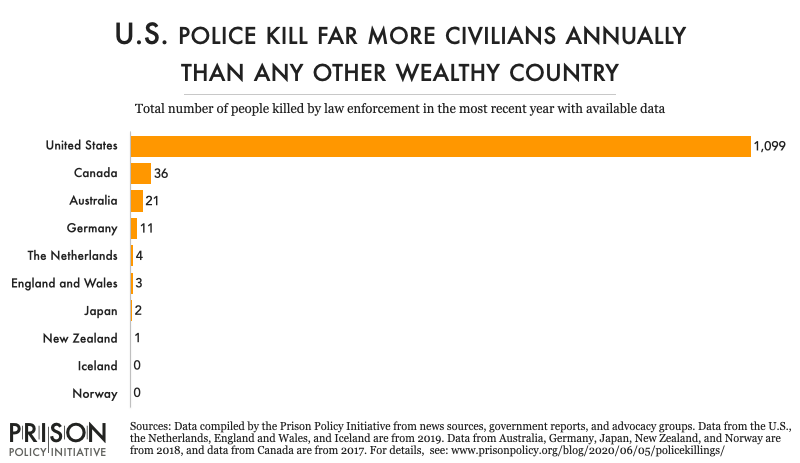