Easily the best announcement of this E3 for me. I'm a huge Metroid fan and I've been waiting for Metroid 5 for a loooooooong time. I remember the rumors about Metroid Dread back when the DS was launched and again when Metroid Prime 3 hinted the project again. But it never materialized... Until now.

And it's all I could ask of a new 2D Metroid. It's not a graphical marvel, but I found it to be very visually appealing. Metal objects, lightning and backgrounds are specially pretty. The gameplay seems to take everything good that Samus Returns brought to the table improving them drastically while at the same time eliminating its biggest flaw: slowness. Dread is gonna be the fastest and most frenetic Metroid title ever created. And this E.M.M.I. creatures... looks like they are gonna make running away from the SA-X feel like a walk in the park. The "dread" atmosphere seems pretty well executed.

And of course, the story. Adam (Computer) is back, the Chozo are back, the E.M.M.I. are made by the Galaxtic Federation and Sakamoto said that this game would be the final chapter of the story between Samus and the Metroids. I'm VERY excited for the story.

So yeah... this is all I could ever hope. No, it's even better. Because it releases in 4 months. It's almost here! Seriously, I'm so happy... 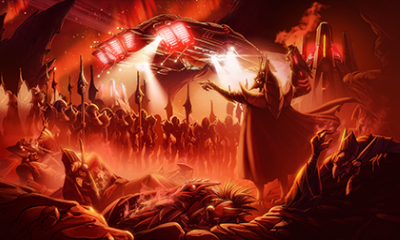 This is how you tease a game.

Hey guys, what does a Metroid fan feel when they hear Prime 4 is still in development?

That was a surprise. The last one for the 3DS should have had a port for the NS but at last Metroid on the Switch is real.

I've never been in favour of a thumbs down button, but...

Given that this one took 19 years, I'm not thinking about the next game just yet

Oh, come on! That was good! Where’s your sense of humor, man?!