What does this have to do with the forum? You spend way too much time being this angry about not getting along with a particular group of people. Find something else to do with your life.

So it's just a complete coincidence that the last part of that post lines up with something that happened recently?

A person's posting and moderation history greatly influence how they're handled.

Each time a person is found to be trolling, the likelihood of them being given the benefit of the doubt when they next time make negative comments about the subject keeps decreasing. And if right after a ban they come back and do the same thing right away, get banned again, and then immediately do the same thing again, it becomes pretty clear warnings and bans have no effect on them.

And in his case it was also a matter of how many times he was complaining about mods, such as when he called us nutjobs, etc.
When you guys think it's just due to one single thing, it's usually due to 20 things that accumulated over time.

You for example have 59 moderations, and this is not the first time you deliberately break the rule of complaining about moderators in threads, to provoke a reaction. The problem is you usually don't understand what you're talking about, but keep jumping to conclusions anyway.

You're the same guy that accused a single moderator (me) of handling a report by themselves, when it does not work that way, because we discuss them all as a group and reach the decision most people agree upon, and I actually ruled in favor of the outcome you wanted. And at that point I was the only one to do so.

And why did you jump to this conclusion? Because I was apparently the only moderator online when you submitted your report.

Not even people in paid positions are on the clock 24/7. And this is not a paid position.
We don't demand or expect staff to constantly work when they log on. They need to have some time to unwind and just post for fun like any member, or they'll get burned out.

So I didn't even see the report you made until days later, for that reason, and because we had a backlog of other reports to get through and finish discussing first.
But even if I had, again, we discuss it as a group, and go by what the majority decide. I was in the minority that agreed with your assessment.

And for that I got shit from you.

Also, when a moderator applies a moderation/ban, it doesn't mean that that person wrote the modnote, or that they were even part of the discussion that lead to it. All it means is that they volunteered to apply it.

I've volunteered to apply moderations and modnotes for moderations I had no part of. Because some times the person that finished writing up the modnote is on their phone, or going back to work after their lunch break, etc, so someone else needs to do it.

I'm saying this here because you've constantly insisted on making these things a public spectacle, in spite of not understanding how we do things, and jumping to conclusion. And no matter how many times we explain it to you, and cut you some slack, you still keep doing it.

So this will be the last time. If we find that you ever do this again, with your history of repeatedly doing this, and your 59 moderations on top of that, you will be handed a very very extensive ban, and we will link to this post as reference for anyone wondering why.

You just clearly don't have the refined comedic palate to appreciate the subtle nuances at play. We are clearly uncultured swine who cannot appreciate the comedic stylings of Eagle 367. 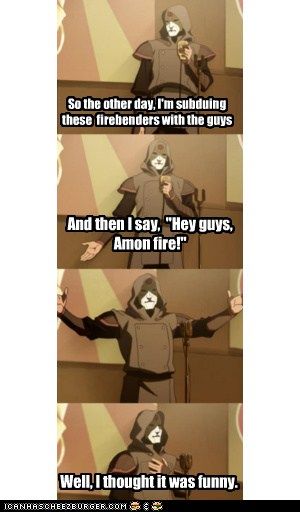 I'm talking about multiple instances here, not a particular incident which means many people could pick up what they wanna pick from this

Why bring all of this here? Talk in DMs with Kirby.

How is any of this professional? You expect the members to offer you courtesy and respect but show none in return. You can choose to not mock your members and instead engage with them in a respectful manner but that is a choice you don't make and use a hammer anytime anyone calls you guys out or says something you don't remotely like.

Can we get more humour and fun back to this community or do we just accept the new norm and either move on or adapt to this new environment?

I explained that in the post. Because he brought it here even though we've told him several times not to.

So when he inevitably does it again, and tells people he got banned for just one single thing, we'll link back to this post.

Also, we were talking to him in DMs before this thread was made. But he brought it here anyway.

Sigh..... Another thread gone down the gutter.

If only there was some kind of .... mod thread ... to talk about mod issues on and for mods to respond to