Not asking for the most successful or even worst. The quality of the game doesn't matter. Just really surprising crossovers.

I will give two examples.

If unfamiliar with DXM it's an Anime Japanese mecha game. Like a mix between Armored Core and Zone of the Enders. While this game has some anime crossover stuff. That's expected. The strangest is The Witcher 3. This game has a heavy create a character mode to Geralt and Siri is not in the game directly. Just you can make your avatar look just like them. Either way very strange. If you ever wanted Geralt piloting a mech. here you go! 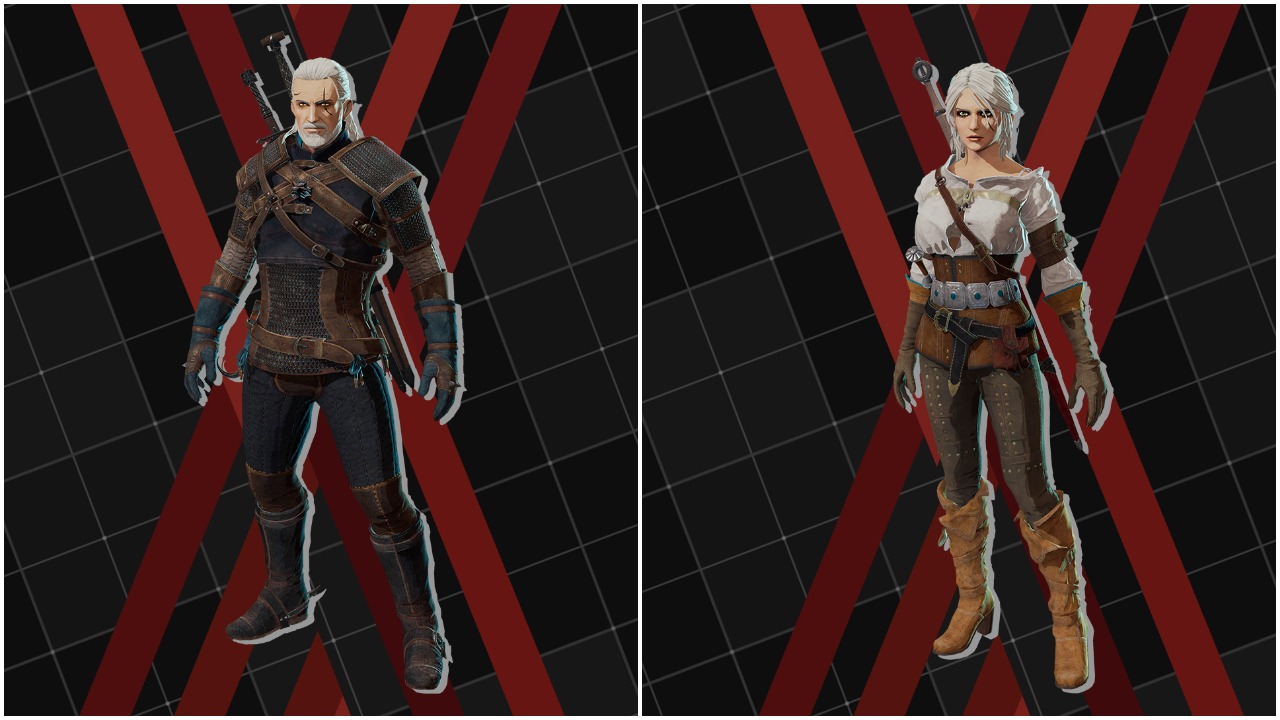 Dante. Shin Megami Tensei III. More people probably know the meme than the game itself. This is where "Featuring Dante from Devil May Cry" came from. While it does make sense in the universe. Dante fights demons as do you. Just it happened purely on a handshake deal. Dante in SMT while an SMT artist-designed Dante's Devil Trigger in DMC3. Atlus and Capcom. 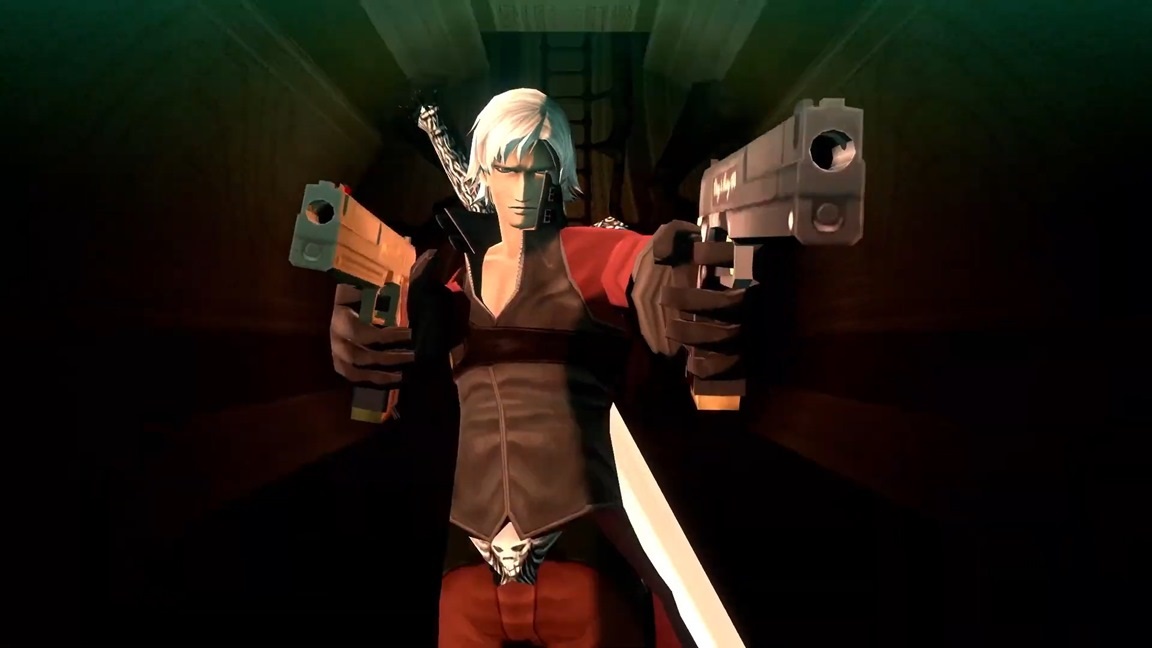 Snake in Super Smash Bros Brawl, back when it was first announced. Not only were they the first guest fighter in that series, they were also one of the less likely ones, seeing how they were mostly considered a PlayStation character, and at the time the upcoming Metal Gear Solid 4 was a PS3 exclusive.

Speaking of fighting game guest characters, Tekken 7 had Negan, a Walking Dead character, Mortal Kombat has recently had a bunch of classic horror and action film characters, Dead or Alive 4 has had Halo and Metroid cameos, Soul Calibur has had oddballs like Darth Vader, and that old X-Men fighting game "Children of the Atom" had Akuma.

Besides that, there are a bunch of weird ones that are clearly advertised up front, but as such aren't a surprise by the time you actually play them. Examples include Kingdom Hearts, Mario + Rabbids, Tatsunoko vs Capcom, etc.

Tokyo Mirage Sessions (SMT x Fire Emblem.) I enjoy the game, as it's the closest Nintendo has to Persona right now, but I was also kind of expecting a turn-based SRPG with Persona characters rather than a traditional Persona/SMT with Fire Emblem summons, which happened because Atlus made the game and Nintendo told them to play on their strengths rather than try and do an Intelligent Systems-level SRPG.

Honestly, Kingdom Hearts was a surprise at first. I guess it shouldn't have been, since Final Fantasy was a runaway success by that point, Square wanted to branch out into the mainstream, and Disney wanted a way into the game industry.. But Disney + Square?

Mario + Rabbids was one, more so because I felt the popularity of the Rabbids was past their prime to attempt that game.

Dropping SMT x FE on a direct was also surprising, sadly that has been on development hell since then.

Kingdom Hearts was definitely a big shock. Though it's less of a full on crossover and more of a Disney game with a splash of Final Fantasy (till now...)

When I read Snake was going to be in Smash in IGN (they showed the trailer first behind close doors to press at E3) I legitimately thought it was some kind of prank.

Nobunaga's Ambition and Pokemon was not a crossover I was expecting, mainly because what the fuck is Nobunaga's ambition. Surprisingly good game though.

Sonic and Mario at the olympics was surprising. Just cause we never thought we would see it... and when we did it was in a Sports minigame collection. Someone made a magic monkey paw wish.

Going along in title defense mode... Got two losses but feel like I have a grip on the patterns. Then this fucker comes along.

But the biggest surprise gaming crossover has to be Mario and Rabbids. Because that was three surprises in one.

First, when it leaked you were surprised that this game was being developed in the first place. What does Mario have to gain from fucking with Rabbids who have been irrelevant since minions came along?

Second, it was surprising when you actually saw what the game was. Wait... this isn't a mini-game collection? It's a turn based tactical shooter? Wtf?

Third, it was surprising that the game was actually really fucking good. Nobody saw that coming.

Super Smash Bros. in general. So many franchises in Smash, not just fighters but also trophies, spirits, music, stages, assist trophies, pokemon, etc. Like this the biggest crossover in gaming history, nothing compares. 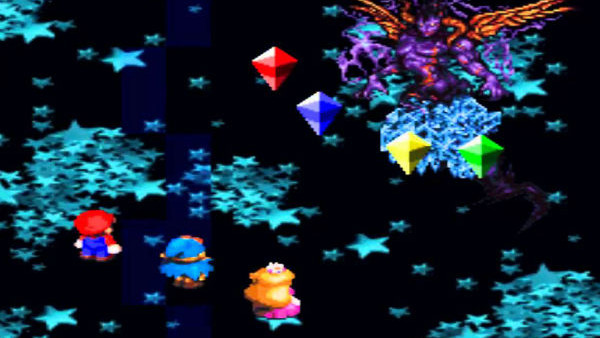 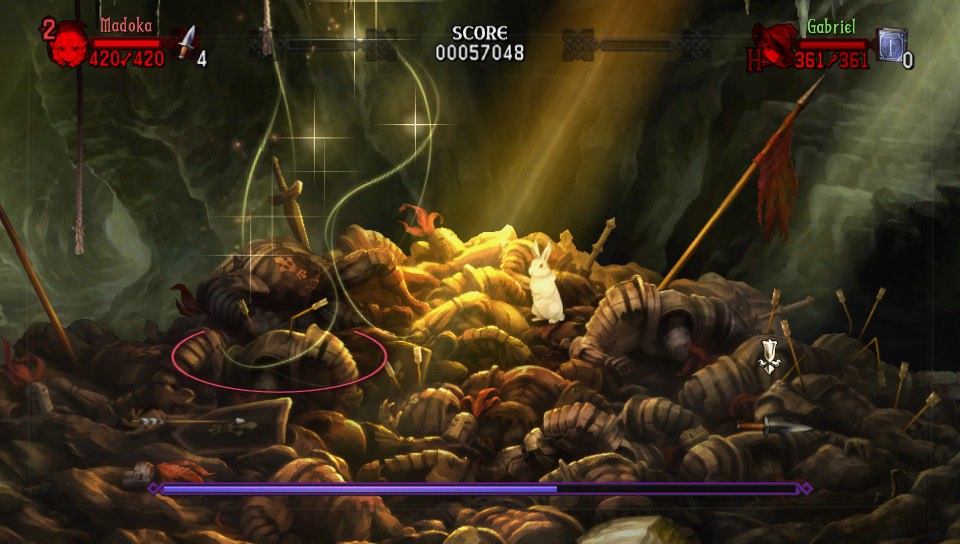 Does Culex really count? He's clearly FF inspired and gets some FF music, but he's an original creation for Mario RPG.

Geralt showing up in MHW and you playing as Geralt himself while hunting a Leshen was very surprising, even if the theme of the game goes well with the character.