You hit the nail on the head they were slow but cheap existing tech. and although their eventual replacement 5.25 floppy discs were coming out those drives like most new tech were a lot more expensive. but in the end it was just a fleeting bit of early 8bit tech that was quickly superseded by a line of various disc and drive types that continue to today. and who's current uncertainty is another factor in this threads story.

Are you guys aware most of the games, even those in physical media, needs to be downloaded to even play nowadays? Physical media can't store the size of AAA games anymore that's why they are kept on servers. Games nowadays are released film of DLCs, patches and bug fixes that comes well ahead of the physical release

I.E. it doesn't matter whether you bought physical or not, if companies shut downs their servers you won't be able to play your physical AAA game. Don't make a fool of yourself thinking you can't avoid this just supporting physical media because you can't

Maybe you think this is a terrible plan from studios to screw with consumers making them to pay for a game that is just going to dissapear in what, 10 years after the system is replaced? But this is just how the game industry works nowadays. You might enjoy the benefits of patches, additional content and other nice things that comes with internet, but it comes from a price. And yes most of gamers won't choose getting deprived from the advances of technology for the sake of fitting a game in a Blu Ray Disc and never getting updates again

Sure we can (and should) make pressure on Sony to make their servers up at least making for people download their digital purchases for maybe another 4 or 5 years, but they will shut it down eventually due to the simple fact that almost nobody is making use of it. Looking for this thread all replies are making me feel that absolutely not a single one of users here had real plans to keep purchasing PS3 games if this shut down news wasn't coming out

Keep in mind people like who like to collect games for 40 years are an exception. Talking about myself, I don't even see the point in keeping games for longer than one generation ahead of its release. All my games from PS2 and DS days are gone and yeah, I don't think I need them I'm sorry if consumers like me are fucking with you, but that's how I feel keke

In a forum where people are so eager to defend companies charging full price for 90's ports with barely any improves I wonder why make such a issue over those same companies shutting down the stores that sells the original games. You guys can keep just buying their overpriced remasters released every gen, don't worry they won't stop to be released anytime soon 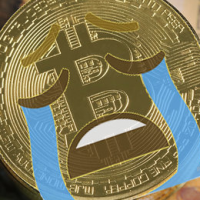 Honestly, physical games are little more than collectors' items at this point. I wouldn't expect companies to continue to support platforms with dwindling userbases. Just like those same companies shouldn't expect people to -not- create backups of the -physical- software they paid for.

Reasons why I only buy digital on PC

Yeah I like my physicals, but I acknowledge they are outdated and I keep buying them only for emotional purposes, but they will be over eventually just like CDs (I fucking miss CDs)

And yeah, I miss CDs as well. I still have a ton of old foldouts from the CDs I no longer have. Great memories.

The Coleco Adam Expansion Module expanded the Coleco into a home computer.  Or the Adam could be bought as a separate computer from the ColecoVision console (and still play ColecoVision cartridges).  The Adam did not come bundled with a disk drive (although one could later be bought separately).  So, the Adam's primary way to run programs was from Digital Data Packs (cassettes). 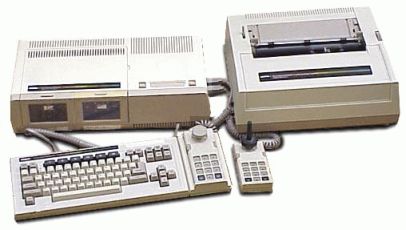 I had a ColecoVision growing up, but never knew about the Adam until many years later since it came out so close to the North American Video Game Crash.  My family's first home computer was the TRS-80 Color Computer 2 from Radio Shack.

And what exactly makes you think this isnt patched for an EoL firmware update?

Like right now, this is just fear mongering until it actually does happen.