Forums - Nintendo Discussion - Finally, the Pokemon game we've all been waiting for?

Up until this post, that's exactly what you were saying. Otherwise, why would you say from the get-go that you don't want every Pokemon in every game?

Gen 7 did exactly what you're now saying you want: the Pokemon available before postgame were ones that fit the regional vibe and culture or had storyline purposes, but the entire catalog was available to obtain through ways and means, whether that be through wormholes in the Ultra games or transfer from older gens. Everybody wins. Why wouldn't you just say that you want your games to be like this?

You made an example using pigeons and pandas, and how pigeons are boring because they're everywhere, while pandas are interesting and exotic because they're only found in one place. You also mentioned Unova, the most commonly hated gen dex (along with Johto) because of not only the uninspired copycat designs, but because the old mons were locked away until post game, so there was a lot of repetitiveness in encounters and battles. In other words, you were seeing those pandas everywhere. Can't have it both ways, unless you trust GameFreak to make 300+ completely original and varied designs every gen.

I keep seeing the same selfish reasoning from the "I don't want every Pokemon available" crowd: "The games should be tailored to my specific tastes."

Asking for every Pokemon available is literally the same exact thing...

Lol, no it's not. There are plenty of Pokemon I don't care about, but that doesn't mean that they should be snapped out of existence. You wanting content removed from the series for no reason other than you personally don't care for it is selfish. Me wanting previously made content to remain available so everyone can have their cake is not.

I hate Rosalina in Smash and will never willingly select her as a playable character. Doesn't mean that I want her erased from the series just because I don't find her appealing to use. However my thoughts on  her, she adds value to the game by making it more appealing to others.

Unless this isn't a new game, nothing is being removed. For example, if there's an episode of a TV show, and certain recurring characters don't make an appearance, they're not removed, they're simply not being used.

Smash's roster is not even close to the size of the Pokemon roster. The amount of work is substantially lower.

It's ridiculous to demand "I NEED ALL THE POKEMONS!" in each game that comes out. Especially when expanding out into other sub genres where they require new art and animations for every single pokemon they put in the game. Not to mention the massive QA and producer approval and other pipeline labour hour expansion.

Sword and Shield used almost the same assets and animations from XY, just more polished and with higher resolution. Pokemon animations are pretty simplistic and easy to design

It's not ridiculous to demand every pokemon in any Pokemon game, Pokemom can be made with a team of few dozen developers, we are not talking about a GTA game that need hundreds of devs and designers. To put every Pokemon they just need to hire more developers, they don't do this because they want to cut off their costs. This is not an indie game, this is a game with potential sales of over 15 million copies in pretty much every main entry

Edit: Just to clarify, all pokemons in the dex is not really main my concern with Pokemon games. My demands are better designed maps to EXPLORE, a more balanced game with more challenge, more quality on graphics, animations and design, a better story (more than just going from gymn to gymn) and a decent post game with some quests, missions and challenges. But stating having all dex as a "ridiculous" is totally untrue. They managed to put every Pokemon in every entry so far, removing Pokemons from the Dex in Sword and Shield when the quality of animations and design has hit an all-time low compared with hardware capabilities is nothing more than a proof of how incompetent Gamefreak can be 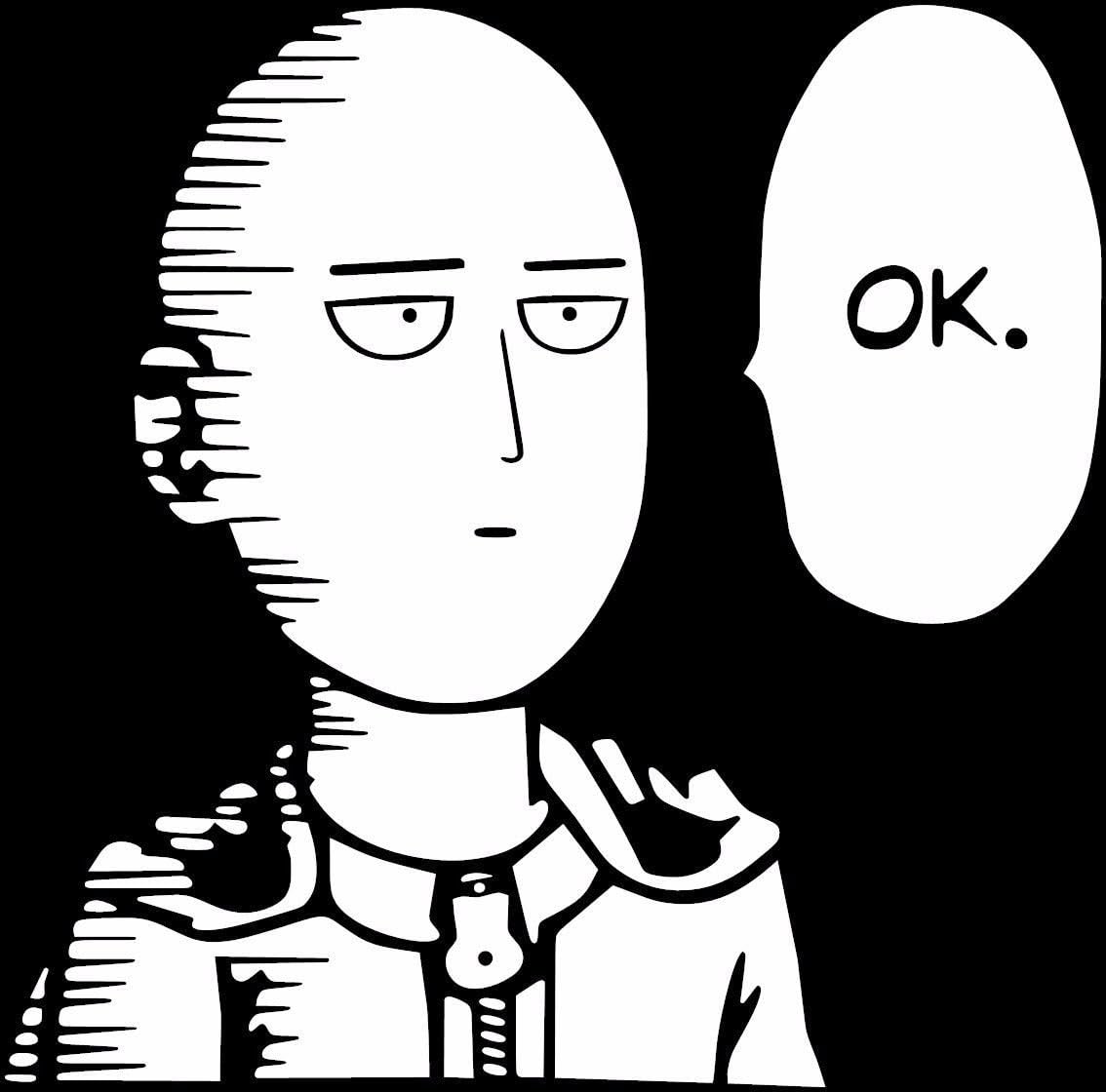 But it's true lol

GF has only 143 employees (according to wikipedia). And they have teams working in 2-3 different projects

Look at the credits for graphics:

And I doubt they all worked at the same time during all development, it's very likely many of them worked for some months and then left as is common in outsourced projects

And you don't think those projects have a massively descending level of staff if they aren't mainline-Pokemon levels of importance?

Besides, "few dozen" isn't descriptive enough and makes it sound like an insignificant amount of people. If by few dozen you mean closer to 96 people, maybe that wouldn't be such a bad comment, but that's definitely more than the connotation "a few dozen" gives.

Pokemon, like a lot of major franchises, is massively outsourced. The actual amount of people working on any particular game is definitely more than the amount of staff Gamefreak has. Also:

"To put every Pokemon they just need to hire more developers"

I mean I think you can see the irony in saying to make a better title, they only need to hire more developers, while saying their current titles only take a few dozen developers. So what, do they need to hire 2 more developers? 4? Wouldn't the amount of new developers needed be relative to how hard it is to create a game in the first place? If it was that simple, I.E. it really took so little staff, the Sword and Shield debacle probably would have never happened.

Gamefreak might be lazy but they are not "lol we could get 3 more people and have a full Pokedex but let's not" lazy. I can understand criticizing Pokemon but this ain't it.

Edit: LOL. 123 people is NOT A FEW DOZEN. And that's not even including the outsourcing and the involvement of other studios! Haha!

Edit 2: Wikipedia, the source you yourself used for Gamefreak's employee count, says roughly 400 developers worked directly on the game/bug-testing it:

" Approximately 200 Game Freak employees worked directly on the games while around 100 Creatures Inc. employees worked on 3D modeling, with an additional 100 involved in debugging and game testing."

I'm sorry but no matter how you slice it that was a ridiculous portion of your comment.

Last edited by AngryLittleAlchemist - on 07 March 2021

I don't know where you got that I was implying they needed to bring 2-3 more designers and artists, they need to hire enough to make the full dex happen

I was explaining what is need to be done to put every Pokemon in the game: Hire more people. Is simple as that. Every generation 80% of of pokemons are already created, designed, programmed, edited, modeled and animated from previous generations. You just need workforce to remake the same thing with better resolutions. It's ONLY a matter of workforce.  If we were talking about creating 900 new monster then I would agree it was a much harder job and couldn't be done only increasing the number of designers

And this is not something even remotely out of realm thinking in how much money this franchise brings in to gamefreak.

To make a better game though they need more effort in game design, testing and spend more time in their alphas and Beta versions and that goes far far beyond than just hiring more people. They need time and more talented developers, outsourcing designers to make models won't make Pokemon games any better in that regard

Playing through Pokemon Sword at the moment and the more open areas bring the game down for me; they're amongst the weakest parts of the experience. More structured areas like in the handheld titles have the benefit of allowing them to balance the game around what each user is expected to do, especially in terms of leveling and area difficulty curves.

In Sword/Shield things start out too structured and full of cheesy dialogue. But then suddenly you're left to get on with it in an open area where wild Pokemon levels vary wildly and it's not entirely clear whether you should be brute-force grinding your way through them, like a Dark Souls player who somehow found himself several areas ahead of where he was expected to go, or whether you're supposed to avoid them or what. If you try option A for a bit before getting bored and going for option B then you find you're over-levelled for the main campaign and breezing through everything.

You then experience the same thing all over again when the main story returns you to (a new section of) the open area. It's just not very satisfying - you progress in huge spikes and slumps, rather than smoothly.

So, yeah, I'm not convinced that an open world is really all that desirable. I'm not opposed to them at least experimenting and hopefully eventually finding a sweet-spot that's satisfying (they do, after all, get a lot of criticism for not innovating), but I don't think I'll be jumping onboard until it reaches that stage.