Nostalgia isn't a good reason to stick with a 2-button layout. Must waste SP to go through certain areas because there's no way to execute the SP-free version of certain moves until all SP is spent. Post-hit invincibility period is too short and the player can't parry during it. HP and SP upgrades heal Shadow as well, but aren't replaced by items of the same type when the player dies, so dying after picking up the upgrade makes such a section significantly harder. Castlevania deaths and catching the player off-guard are the #1 death sources.

Badly placed boss life bars. Dojo menu lacks information, there's no way to tell if a move is an additional move for the basic combo, a special move or a super. Normal enemies are invincibible after they recover from knockdown, so the battlefield can quickly turn into a minefield. Grappling a dizzy enemy is a noob trap - poor crowd control options and throws don't have invincibility frames.

Shitty hitboxes - Moves often look like they have hit an enemy, but it doesn't happen. Horizontal range of the basic combo moves should increase as the combo goes on (the second attack should have more range than the first, the third than the second, and so on) but that's not always the case.

Poor defensive options - No air recovery, vertical step is too short, blocking is useless when surrounded, no desperation move.

A casual and relaxing puzzle game. Not much else to say.

Unfortunately you don't get a reference picture to look at, and the image of each puzzle piece is only visible when you hold the piece, so in the end it's a game of connecting shapes. Each puzzle looks like a glass mosaic painting, which also increases the difficulty.

Life is Strange: Before the Storm (Xbox One)

This is the prequel to Life is Strange, one of my favourite games of all time. My initial impression wasn't great due to the game coming off as overly edgy, but that was just for the very beginning and the rest of the game was very good. I haven't been this engaged in a game's story for a very long time.

The gameplay is more straightforward in this one compared to the first game since you don't have the ability to rewind time and make different choices. The story isn't as impactful either. But it's still an excellent game.

The Lost Light of Sisu (Switch)

This is a very basic indie platformer with a focus on physics. You job is to get a small cube to the end of each level, and to succeed you have to pick up power-ups along the way, which increases your speed, jump height, number of midair-jumps etc. Unfortunately the gameplay is awful and all kinds of tedious due to clunky controls, and since the character is a cube it acts like a cube (surprise), which makes it really annoying to control at times. Everything in the game, from level design to visuals, is very basic meaning it's all about the gameplay, and since the gameplay sucks...everything sucks.

Agent A: A Puzzle in Disguise (Switch)

A super-simple point & click adventure game. If Monkey Island is way out of your league then this might be something for you, as the difficulty is pretty much non-existant. And not much thought was put into the puzzles so even by point & click standards way too many of the puzzles are stupid, absurd and illogical. The story is a basic agent drama that's fully forgetable. Just like the rest of the game. Because of how easy it is the game just flows on and all of a sudden you're at the end credits and you're staring at the screen with little recollection of what you have been doing for the last few hours.

It's not a bad game. it's just very, very mediocre.

First of, why is it called Detectivu? I don't get that part. As for the actual game, it's a decent one. As the title suggests it's a detective game where the puzzles consist of investigating scenes or interrogating people and then picking the relevant pieces to make your deduction. It's a bit like Ace Attorney but way easier and more forgiving. It's quite fun actually. You also have to make chioces, though I'm unsure how important they really are.

The story is a mixed bag, unfortunately. My first problem is the narrator, who interrupts way too much. The story also gets a bit too silly at times. I mean, the whole game is a bit silly but sometimes it just feels nonsensical. The ending was very unsatisfying. The game is meant to be the first part of a series, but you still want a decent ending for each individual game.

I have already played and completed Dark Souls, and while I may not think it's the best thing ever created, I do think it's a great game. Demon's Souls, I never really got into. While there are tedious parts in Dark Souls, there weren't enough of them to really hurt my experience. Demon's Souls is another story. My first big problem is the fact that your health bar gets cut in half when you die, unless you then use an item to become human again. And those items are kinda limited, and there's a penalty for dying too much while in human form. The alternative is to continue with 50% health, making an already difficult game effing frustrating. There's a ring you can equip so you "only" lose about 25% of your max health, but that means you only have one slot left for another ring. Ugh...

As with Dark Souls the level design has its ups and downs, but I found Demon's levels to be more repetitive, tedious and uninteresting. The prison level goes on and on and on, and the tunnels in World 2 are craptastic, especially when combined with the camera that just can't handle tight areas. World 5 is a worse version of Blighttown (and I already dislike Blighttown). But unlike Dark Souls there weren't that many good levels to make up for the bad ones. I also prefer the world design in Dark Souls, where everything is connected, to the separate worlds of Demon's Souls. Finding your way back to Firelink in Dark Souls and hearing that familiar music felt so good, especially after a difficult fight. Getting back to the Nexus just isn't the same. The good thing about the separate world design is that if you hit a brick wall you can always go back to the Nexus and try a different world, and maybe find useful items for overcoming the seemingly impossible obstacle.

A big gripe of mine is how some of the bosses' difficulty comes from issues with the gameplay, framerate or glitchy enemy movement. The framerate in some of my last boss fights (incl. Old King Allant, whom I smacked on my first try. Take that, Demon's Souls! Easy game.

) dropped hard, and that's not something you want when timing is so important. The worst boss of the game, the Maneaters, is a difficult fight to say the least, but so much of the difficulty stems from the limited targeting distance and the glitchy behaviour of the bosses. Getting them to just land and then walk around like normal so you could fight them properly was a pain in the butt and took way more time than it should.

At the end of the day, Demon's Souls isn't a bad game by any means, it's just really tedious. I don't see myself replaying this one the way I've continued to play Dark Souls.

Banner of the Maid  - (Nintendo Switch)

I think this will be a slower year in terms of the number of games finished, if not time played. 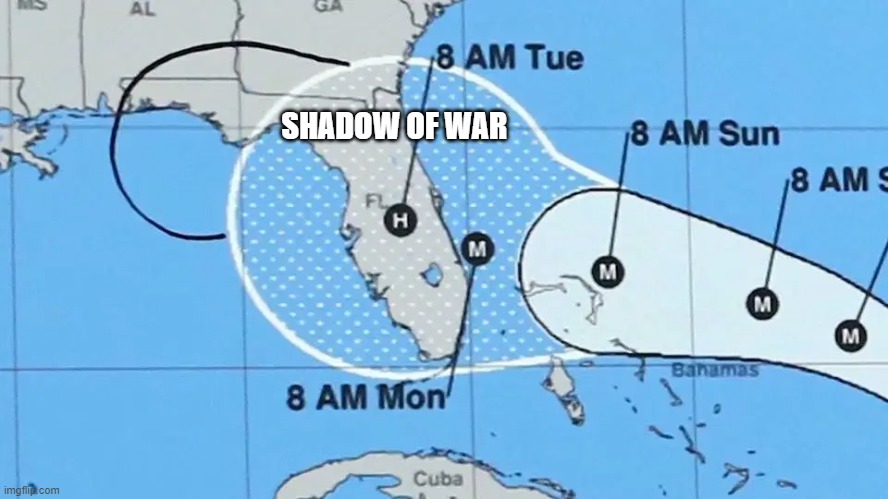 Playning Hitman 1 and 2, plus DLC. Have already "beaten" them, but the process of playing them to their fullest is MUCH more involved and time consuming than simply clearing the missions and advancing the story towards the end credits.

So between this post and now, I have beaten...

And I have also been playing a few ongoing and multiplayer games as well...

Currently working on Control Ultimate, but my schedule moving forward looks like...

Code Vein (XSX...and a big maybe if I have time)

Getting quite the backlog going...and there are a few others I would not mind playing as well.  This is just what I hope to have done by the time RE8 releases.

Finally beat Mario 64 and The Medium. Next up, Mario 3D World and Cyber Shadow