...You'd think it was obvious at this point to not modify or play with Nintendos codes. Fan games or alterations like the Melee online or these joycon mods....

...Why are people angry at a thing they know Nintendo does when they do the thing?

As harsh as it may sound, doing charity doesn't mean you get to circumvent copyright, licence laws, TOS's etc.

People being customarily hyperbolic with this situation. Nintendo knows if you give someone a millimeter, they will take a kilometer. Allowing them to continue infringing would set a dangerous precedent. If people are so upset regarding the philanthropic aspect, donate directly!

They didn't actually shut him down.

Charity... show me how the money is spent 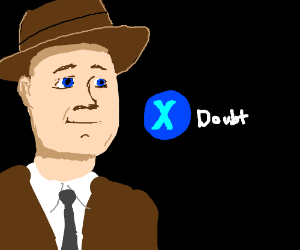 From what I read it was because he's using the word Joycon on the shell and the Switch logo so he's gonna modify them removing those, what I found funny is that I just bought a Pro Controller with the switch logo and "official" box thinking it was an original but nope, it was a fake and those controllers are everywhere selling but I suppose Nintendo's ninjas aren't that good tracking who's selling those.

Lots of things Nintendo is demanding is not in their right, but who would wanna go into a legal battle.

I have been a fan of Nintendo for years, sometimes i'm not in complete agreement with the decisions they make, and after analyzing things thoroughly if i think they didn't do something right i acknowlege it, but man, people nowadays are so self entitled thay they think they can circumvemnt everything about copyright and the such, but that isn't the worst part, the bad part is that they do it publicly and then they act like somehow they deserve to be praised for doing it or have leeway for some reason , even since the days of the nes cartridges just giving a glance at the manuals included you could see that it said that owning the cartridge didn't gave you the right to copy or modify it, just like VHS's, i mean everyone here made copies or recorded TV using VHS, duplicated CDs and DVDs etc. but since there wasn't internet you weren't publicly worldwide distributing ilegal copies of those things. The past weeks i saw the thing about the smash melee tournament, and later watched the videos of some modders complaining about getting demonetized or getting copyright strikes on their youtube channels, but that's the thing they are infringin copyright when they decide to hack and modify the nintendo games as they did for the smash tournament, and some of them want to gain money by monetizing the youtube videos, Then the thing that they previously demanded the company that rented go-karts with Mario Kart costumes, i mean a lot of people many not like it but Nintendo can't afford to be involved with piracy, imitations, modifications, botleg products and such if something bad were to arise from that.

On a related note i was watching a promotional for some dubbed animes on crunchyroll on youtube, and then i saw it all the idiotic coments from people from my region publicly saying on the crunchyroll official channel what websites they were using to ilegally stream or pirate content not only from them but also from netflix, disney, amazon, hulu etc., and later they ask themselves why all websites that used to share manga,anime, cartoons, movies etc. dissapear from the internet.

Actually he is a licenced reseller and the takedown is only for copyright, so they haven't been shut down, but they need to remove the Joycon name and the switch logo which they are doing.

Your right looking at it from afar it seems they didn't liaison with Nintendo. Most successful charities of this type approach the company beforehand to form a partnership, not only does it stop this type of situation from occurring it also benefits both parties and the public, the charity side gets the benefits that come from official support and that can come in many forms from logistical, financial,publicity, expertise etc.   the company gets control over how the campaign is run and benefit from positive media and we the customer get it in the form of assurance that the involvement of a company of Nintendo's stature brings.