I saw this earlier on another forum and saw who made this thread here and was wondering how much of the discussion regarding the 120hz mode they would include in their OP. Not surprised to see it is literally zero, and in fact downplays it later in the thread while claiming DF is biased LOL.

So it seems it’s basically a wash except the XSX having what DF assumes is a bug in one mode where it runs on basically XSS settings visually. Code masters is looking into it.... instead of speculating nonsense about how DF is biased or something, wouldn’t logic just dictate that if the game were running as intended, Codemasters would have immediately told DF? This happened on more than one occasion with the Scorpio as well, games launched on it but got base Xbone settings due to a bug. That seems to be what happened here.

Can’t this be said the other way too? Lol

OT: Not a good look for Xbox. Regardless if it’s late devkits. You don’t boast about power and get beat xD

did you not see this part in OP?:

All 3 run basically flawless 120fps.
However there is a track, that has dips down to mid 90-100's on the PS5 for abit (where it doesnt on the XSX, its closer to 120fps)
(this happends only on this track, near the start of the track)"


Yes theres a track where at parts, the PS5 drops down into the mid 90's fps, for abit.

How is that "littarally zero" mentions of it?


"later in the thread while claiming DF is biased LOL."

3 mins of that video is basically DF makeing excuses for the Xbox Series X, and saying "slightly less" "minor" and such words, trying to cuddle their way through it. 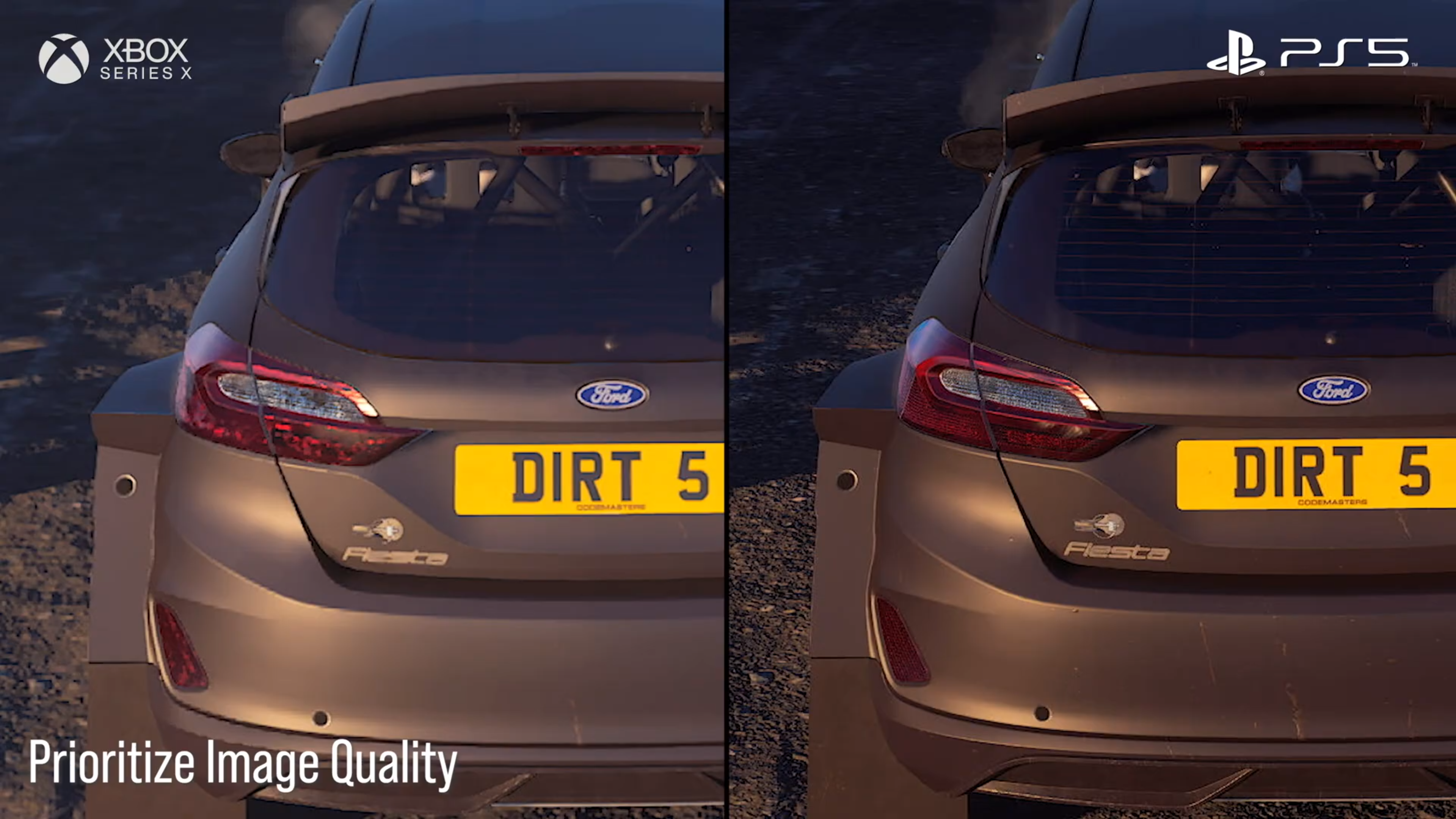 "So it seems it’s basically a wash except the XSX having what DF assumes is a bug in one mode where it runs on basically XSS settings visually. "

When its about the image quality, they say it has to be a bug.
When they talk about 120fps mode, and xbox series X holding better fps (doesnt drop on that track in that part), they say it "pays off, to run lower quality". Thats basically hinting at it not being a bug, but a CHOICE, to hit 120fps more consistantly.

Also why are DF guessing?
They called them up, before they released the video. To confirm findings ect.
Why didnt they ask them straight up, is this thing we notice a bug?

It happends so often, it does look like a slight bias towards xbox.
Does it matter? not really, DF dont lie about stuff.... but you notice the way the skirt around issues, and word things,... are differnt when its one console and not the other. It kinda does seem like they have a bias. 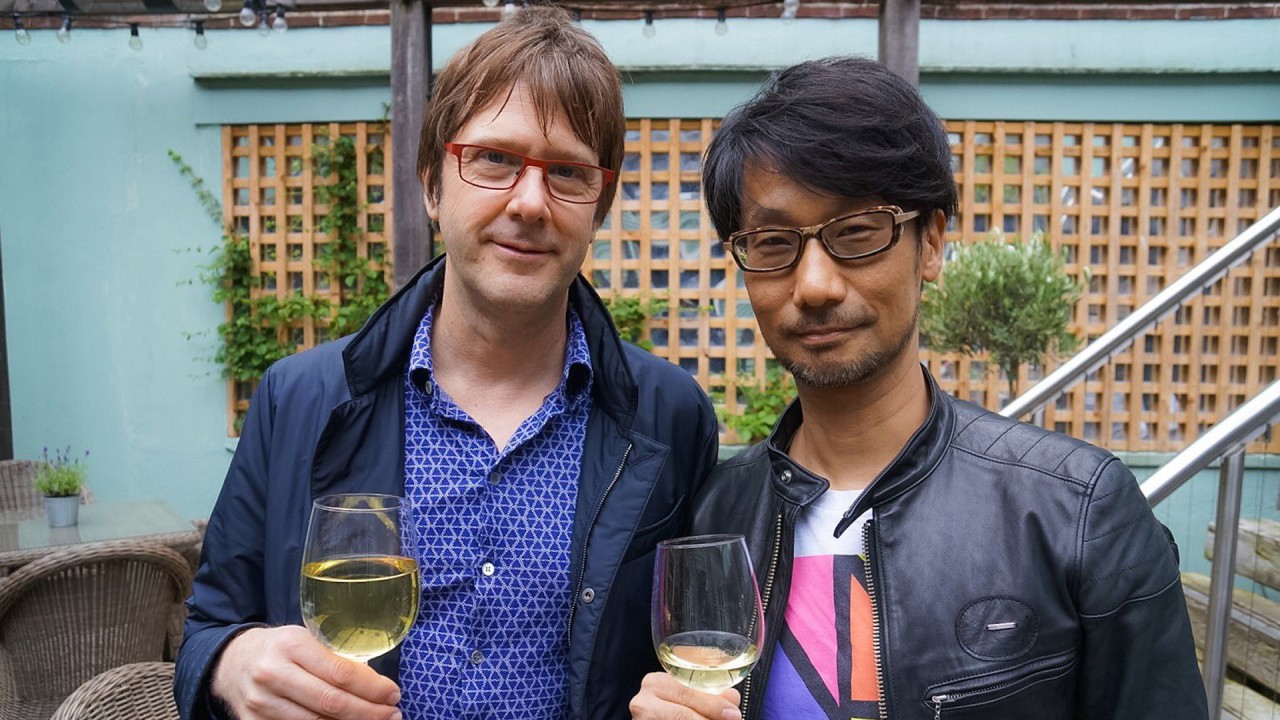 One could also talk on how you only discussed the 120Hz mode and ignored the rest since well PS5 outperformed without a doubt, and on the 120Hz you ignored that the XSX is pushing much lower assets and that PS5 is only dropping in a short section of one track so in all the rest PS5 was outperforming Series X even in 120fps and with higher assets. But well let's only fight the good fight.

Literally zero mention of DF saying they believe it’s just a bug was obviously my point. You went out of your way to point out that the PS5 issues were limited to whatever situation but brushed over the fact that they say the XSX visual issue is, in their opinion, a bug. Also no, when they say the XSX version hits 120fps more consistently because of the payoff of lower visual settings, they aren’t saying or implying it was a developer choice. They don’t say anything even remotely close to that, that’s just you fishing for console warz. It can still be a bug.

If you think DF is so biased, why are you bothering to spend all this time watching these videos? What a bizarre mindset to have. To each their own I guess.

Go re-watch the video from 19mins to 20mins again.
DF say that it running lesser quality in 120fps mode, "pays off".

That means not a bug (but a choice, to mantain 120fps more consistantly), john says that in the video dude.

They say 2 differnt things, about the same issue (at differnt times in the video).

"If you think DF is so biased, why are you bothering to spend all this time watching these videos? What a bizarre mindset to have."

Because they show proof.
They cannot twist truth.

When you see the frame time graphs, and the picture compairisons they speak for themselves.

Does it matter that DF are "gentle" whenever they handle a xbox issue, and harsher when its a playstation one?
Well.. yes.. its abit off putting (their not supposed to be biased), but in this case in point, its running better on the PS5 anyways (so not a issue).

*edit:
Also I forgot that "slighly less" image quality, was used in compairson with the 120fps mode.

I could swear I see "bug" being mentioned more than once by him, while you not being clear that from all on DF video the whole omission your were talking about is a bug.

How strange that DMC5, AC Valhalla and Dirty 5 have such big bugs on Xbox X version but seemly none on Series S or PS5.

Guys, simply state what points you disagree with and why. As you can see here (link), these kinds of comments have consequences for the team. Digital Foundry is called biased by both PS, XB and Nintendo users so they must be doing something right.

No because whether the lower settings are a bug or intentional, they pay off. Furthermore not referencing it as a bug there in a factual manner without clarification from Codemaster is the right move and flies in the face of your bias claim.

idc how you want to spin it, you’re spending hours watching and discussing this information from a place you claim is biased. That will never not be sad to me. But again to each their own.