So, I generally avoid the politics sub-forum here on VGC like a plague, but I saw this picture that is making the rounds right now and just had to post it, mostly because of how stupid it is: 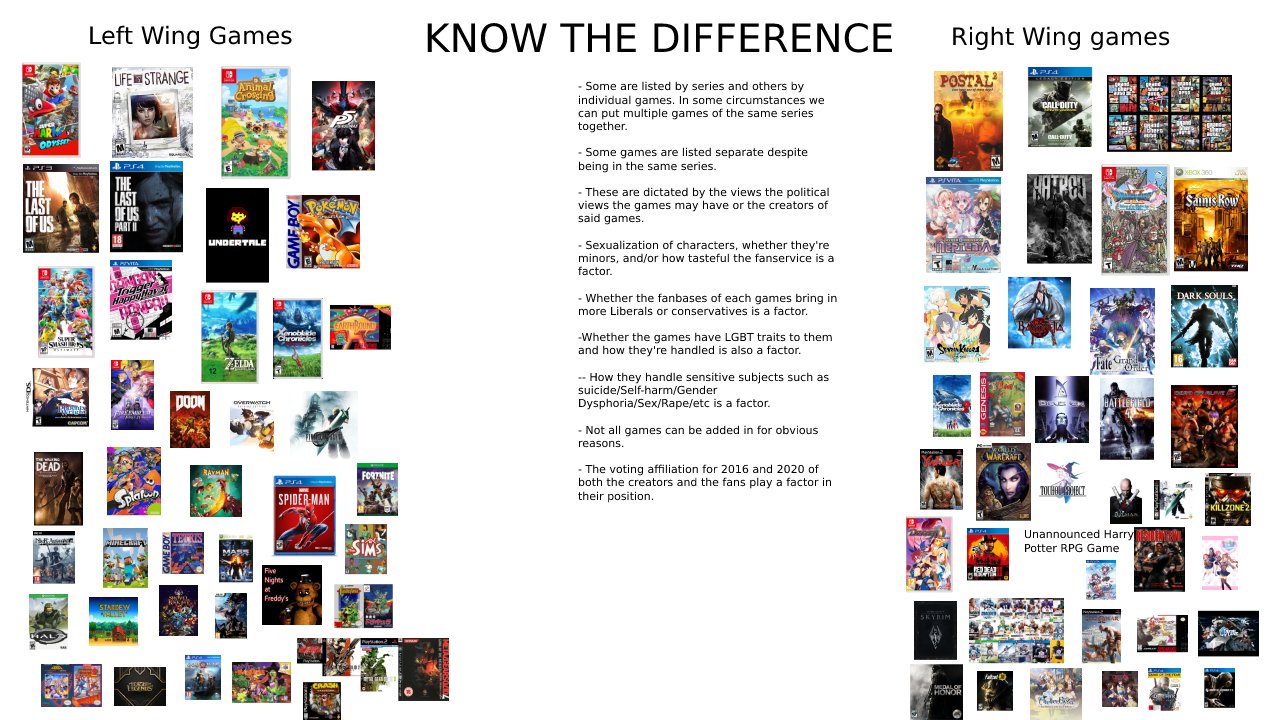 But the main theme of this whole list is that alot of these just don't make any sense. For some reason he thinks FF7 is right wing, even though you play as a member of a group of eco-terrorists who attack a power company for endangering the planet, that's a pretty left wing message if you ask me. Meanwhile he has Pokemon on the left wing list, a series which left wing organization PETA hates because you enslave animals and make them fight each other. There are many other games on each list that just don't make any sense at all.

I'm not sure what more can be said beyond dumb thing is dumb.

That's what happens when someone makes a thread to ask people for their favorite games along with their political affiliation and afterwards counts the votes.

We need a new Index Librorum Prohibitorum, but for right wing games.

If you blindly limit yourself to only one political group's ideas you're guaranteed to be wrong 50% of the time...

The list is stupid because no (US)right wing person buys a Japanese console or games. If they do they forfeit their racism card.

Did I see the original FF7 listed under right wing, but FF7R listed as left wing? Pretty sure that the original game had some pretty left wing politics, given that the bad guys were a fictional amalgamation of TEPCO and the Japanese government.

It's built on finding the easier ways through

Is there any, chicken wing games?