Britt Grant would be more historic though, since she clerked for Kavanaugh and would be the youngest justice in modern history.

Well that is the turning point. No way to save the U.S. Now time to organize to determine what replaces it. Mutual Aid, Direct Action and Dual Power should be the focus of the left now, while liberals and conservatives try to save the U.S to no avail, and fascists organize their terrorism. There is no "reforming" this system.

I just hope the Republicans have some balls and fill the vacancy. It’s their duty.

Great video. This is why I support domestic terrorism in the USA.

Last edited by RolStoppable - on 19 September 2020

Her supposed last appearance was at a wedding. No masks though. 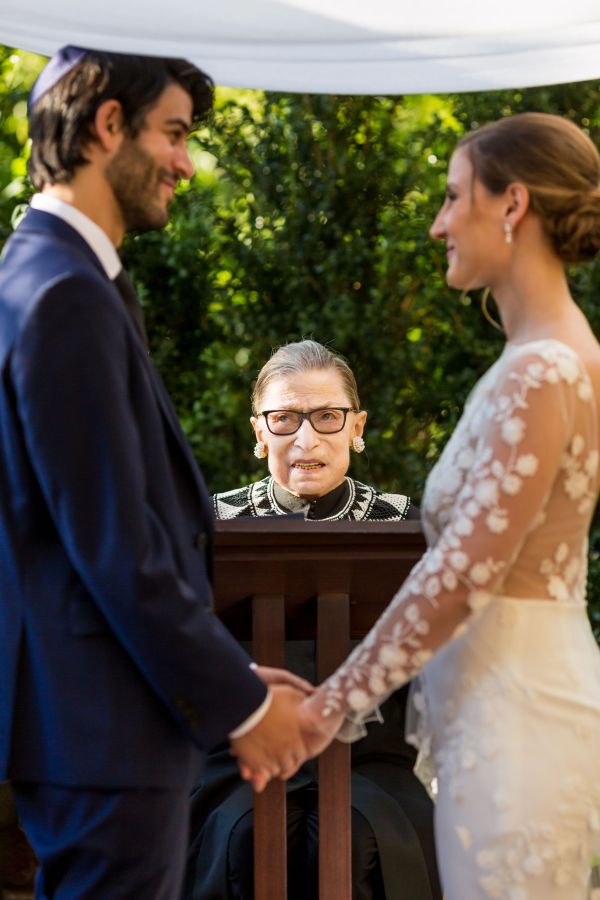 Potentially they could find ways to delay the vote but not if the Republicans are unified. It will be interesting to see what happens.

My guess is this is what will happen:

1. Trump will nominate somebody before the election that gets conservatives and fascists excited to vote for him.

2. McConnell will say the Senate will vote for the nominee after the election to protect swing-state senators.

3a. If Biden wins and the swing-state senators lose reelection they'll vote for Trump's nominee.

3b. If Biden loses, regardless of what the swing-state senators said before the election, they'll say "the majority decided" and vote for the nominee.

3c. If Biden wins, but swing-state senators win reelection -- it'll be trickier for them, but Trump's nominee will squeak by with about half of the swing state Republicans + Joe Manchin + Pence, if necessary before January.

Either way I don't expect Republicans to not vote for a conservative justice. They are well aware that their numbers are dwindling over time as Silents and Boomers die off, and their party alienates people who would otherwise be young conservatives with their far-right fascist sympathies. The rewards are too great for them not to sacrifice some of their people, and swing-state voters depend on GOP voters as much as they do "independents" and "moderates."

4a/4c. Biden wins and doesn't do anything to change the courts. People are disenchanted with his presidency as it does nothing to address the current crises and the U.S continues the trends it has been going on.

4b. Trump consolidates his control over government and empowers fascists.

5a./5b./5c. Tom Cotton becomes president in 2024 as a counter to a threat of growing calls for localized socialist insurrections/syndicalism, and the incompetence of Biden/Trump to address the crises. He brings in coordinated fascism unlike Trump's incompetent, uncoordinated pseudo-fascism. The U.S starts the path toward balkanization as many regions are repulsed by Tom Cotton's more competent fascism.

6a/6b./6c. By 2035 at the earliest thru 2050 at the latest the U.S has balkanized into different republics after a warm (neither cold nor hot) pseudo-civil war. Some states join Canada (whose population has ballooned with refugees), but most create/join their own federations. In the interim roughly 1% (~ 4 million) of the U.S population dies from the warm civil war and its effects. More people die from the camps at the border with Mexico, but the number remains unknown for decades. A third of the country by population are controlled by fascists. Meanwhile the world is in disarray due to the failing of American hegemony. China and Russia start spreading their influence in their regional spheres, but they can't replace the U.S as a hegemony. Europe also starts to fall apart if it can't reform.

That is the future the political-bureaucratic class and capitalists have handed us.

Thankfully this is a Republic and not a Democracy, then.

Indeed. The thought that the majority could decide over the fate of a country is terrifying.