Forums - Microsoft Discussion - Any advantage of Series X on a 1080p TV?

Nothing to debate. You either accept the premise I have put forth... Or you do not.
The fact it's "come up again" in discussion, just proves that things haven't been agreed on yet.

If you do not accept the premise I have put forth, then I would like to understand your reasoning.

I think everybody understands my reasoning except you.

Its pretty much as simple as this. Put less load on the GPU if that's the reason we're stuck with 30 fps.

Maybe give options, like the Crysis remaster. It doesn't feel like a locked 60 fps, but it certainly feels better than 30 fps.

Well. That is your opinion, you are entitled to stick with it.

That is my entire argument in a nutshell, so why are you trying to refute it? Or are you just trying to argue for the sake of arguing?
Either way, isn't that the same premise as the CPU? If the CPU is the reason why we are stuck at 30fps, we should just put less load on it?

Either 30fps or 60fps. There shouldn't any any "in between" unless you have variable refresh rate support on your displays.

But hey, if you think you are an expert in all things technology, I won't try and change your mind. 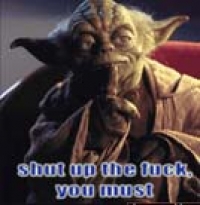 Games are designed, tuned and tested for each specific console. And it's up to the developer to choose the tradeoffs in resolution, framerate, polycount, etc. One developer may choose to go 1080p/30fps on one console and 1080p/60fps on another. Or 1080p/60fps on one and 4k/60fps on another. Or some combination of the two with upscaling/checkerboarding/something-like-DLSS/dynamic resolution. It's a choice, and something that you have to build in, tune, and test for each game.

And to your question: some games are locked to 30fps by design. And some games can scale easily from 30fps to 60fps, 120fps. It depends on how the game engine is designed. Some games, especially older ones, had a fixed clock tick set to 33 ms (30 fps), and a lot of calculations were done based on this. In other words, if you ran a game like that at 60fps you could get weird physics, or collision detection that's off, all kinds of stuff. Games based on modern engines like UE are usually not like this, though.

Nobody knows how games will run on the XSS right now. It's likely that games will be designed to run on XSX/PS5 because they have comparable specs, and then each developer will make a choice on how they think their game presents itself best on the XSS. That might just be limited to a resolution drop, but it could entail other things. Keep in mind that the XSS has less memory than the XSX. So it's not just a straight forward thing to run an XSX game on the XSS. You need to do some work to make it happen.

Again, you're the only one confused. Perhaps you know too much and that drags you into dumb arguments.

This just proves you are only interested in an argument rather than a coherent logical discussion that delves into technology or to answer legitimate questions posited towards you.
In future if you are only going to take personal jabs at me, please don't bother replying as I have better things to do than deal with such useless rhetoric.

Again, I think my points were coherent to everybody but you.

You've done this before. Maybe you should just elaborate what you're confused about or maybe just ignore my post.

There was a recent (19th sept) article on Eurogamer discussing the Series S back compat which kind of nullifies what I said earlier, as it was more detailed than the video released a few weeks ago. I argued that basically Series S has sub-1080p back compat across the board.

In reality it seems that that is only true for Xbox One games that ran without dynamic resolution. Xbox Original games that ran at 480p are scaled 3x3 and now can run at 1440p. For the Series X they would scale 4x4 and run at something like 2560x1920 depending on the aspect ratio.

Red Dead Redemption (Xbox 360) will run at 16x original resolution on Series X (4x4), taking it from 720p up to 2160p UHD, like it did on the One X. On Series S it will run at four times original resolution, aka 1440p. But the Xbox One X enhancements, which included HDR and a touch of optimisation, will be replaced on Series S with automatic enhancements, which are basically "Auto-HDR" done by machine learning and faster loading via velocity. Whereas Series X gets these pre-existing enhancements, which may be noticeable on the 1080p screen. Done at emulator level.

Red Dead Redemption 2 (Xbox One) will run at full 4k on Series X but at 864p on Series S - the same as Xbox One S. The game featured HDR to begin with, and has no dynamic resolution, so without a developer patch, the game will only benefit from faster load times and better framerates - nothing else. The Series X would get the One X enhancements which is 4k, plus extra visual effects. Easy to notice difference on 1080p screen. Played natively - not by emulator.

Halo 5 (Xbox One) will run at full 4k on Series X, with all the One X enhancements, and will run 1080p on Series S (again, unless it gets a manual patch). This is because Halo had a dynamic resolution so it should hit 1080p without much trouble, plus some nice HDR and anisotropic filtering. Series X will still look much better because the 1080p boost will not change other relevant graphical features like draw distances, for instance.

Battlefield 4 (Xbox One). Will look exactly the same on Series S and Series X. It had no One X enhancements, and currently runs at 900p on all xbox consoles. It is unlikely that it gets a patch, being from 2013. So basically expect 900p/60fps and Auto HDR and faster load times. The only hope for Series consoles here is that "velocity architecture" comes into play, which claims to be able to boost resolutions in Xbox One games without altering code, even though this isn't done at the emulator level. But i'm super sceptical of that so... yeah.

TL;DR. The biggest differences on a 1080p screen will come from Xbox One games. I don't trust the "velocity architecture" to change framerates automatically so consider that a bonus on Xbox One games if it ever materialises. But i'm sceptical of its plausibility since many games tie gameplay to framerates, and it isn't done through emulation. 360 and OG Xbox emulation will be nigh-on identical on a 1080p screen. Series X becomes relevant at 1080p only for unpatched Xbox One games, then. So you should be set with a Series S on a 1080p screen from my viewpoint.

Now, my situation has changed since I made this thread, namely that my wife has given the green light to get a 4K TV sooner than I had expected, so I won't care about 1080p gaming as much as I thought I would. But even before then, I had decided I would go with the Series X even if we didn't plan to upgrade the TV so soon. You all did a good job convincing me that the Series X would actually be the better experience even in 1080p, and the presence of the disc drive and extra SSD space were more of a plus than I had given it credit for originally.

And yes I was able to secure one today so I'm all set!