I seem to remember some of my PS2 games having a monthly fee for online play. (not sure) I wouldn't exactly remember because my dad paid for everything back then and even set up the online for me. He would take things like that out of my allowance.

Also, Nintendo's "free" online hasn't ever really had any features that stacked up to Xbox, especially when it was free. I remember the Wii online being the most laggy mess I ever experienced in gaming.

The irony was that sony actually had more Crossplay titles than MS, when MS were calling out Sony for being anti consumer and not wanting to give them crossplay on certain titles they wanted them on.

X-band started the whole pay for an online thing on Genesis and SNES in the 90s. Then we had Dreamcast with Phantasy Star Online for the first console MMO and the first console built around being online. DC had SEGANET in the US and had a monthly sub fee. Paying for online play did not start with Xbox.

Less hypocrite and more just a business man that talks too much. Between him, Aaron, MajorNelson etc. They really want to be in the press. Then that press confuses people.

For example MajorNelson tweeted (and wrote an article) that medium was coming to Xbox one. It took them two days to correct that. Why? Medium has been CONSTANTLY talking about how they aren't going to be on old gen consoles. And even that day they almost immediately responded saying "no it is not coming to xbox one". So why did it take them 2 days to fix something that never should have been done.

Xbox fans like to talk about Phil being the Xbox savior, when in truth, he's part of the problem. He was there through the DRM fiasco, and we didn't hear a peep about his dislike of it. In truth, he was probably one of the ones who either helped push it forward or was at least ok with it.

Really, I think it could just be a case of him being a complete yes man. Do we actually believe Phil, who was around during the strong 360 years, wanted all of his exclusives to go to PC? Highly doubt it. That was Nadella, who doesn't care as much about HW, as his background is in online services. And the xCloud/GamePass directive is definitely coming from above Spencer. Even at the cost of game quality.

And I think it's safe to say, Phil being a gamer is just another false persona of his. He actually thought that Halo gameplay clip looked great, just because it was in 4K/60FPS. Polygons, texture resolution, animations? "Who cares. The overall output is 4K/60FPS, it's great looking."

Xbox fans have been praising this yes man with empty promises for long enough. It's either time for someone else to take over, or just put GamePass on other systems and be done with it.

There's a lot of stretching in the OP. By the standards employed there, pretty much everybody that ever says anything is a hypocrite.

Phil is exactly what people want him to be:

1) brand ambassador that stands behind his brand regardless of fault.

3) knows how to shift goal posts when they are not in his favour.


He has created a likeable personality by saying the rights at the right time.

He has bought studios to show he's moving in the right direction to ensure xbox gamers get enough new content.

He has increased revenue they lost this gen with the battle pass and helped breath new life into gaming on Windows.

He has helped bring xbox some more Japanese games that were exclusive to playstation.

When player bases were smaller for certain mp games, he forced Sonys hand to crossplay with them, and not until then.

In any other time and other place, this would be an individual looked down upon. Many of the things he says and does remind me of Peter Molyneux, but the reality in many ways Phil is bigger than Xbox. He is seen as the saviour of the brand, the guy who will turn things around.

Rightfully or wrongfully he has done a lot and given hope to a legion of gamers. Whether he is a hypocrite or not, no one across any console and any gen has been able to do what he has, and likely no one will.

The man's a magician, he's doing what he is best at doing. Some will love him for it, others will hate him

You may not agree with the DRM decisions, but this is definitely not a case of him being a hypocrite. He has gone on record saying that he accepts his part in the responsibility for all that. 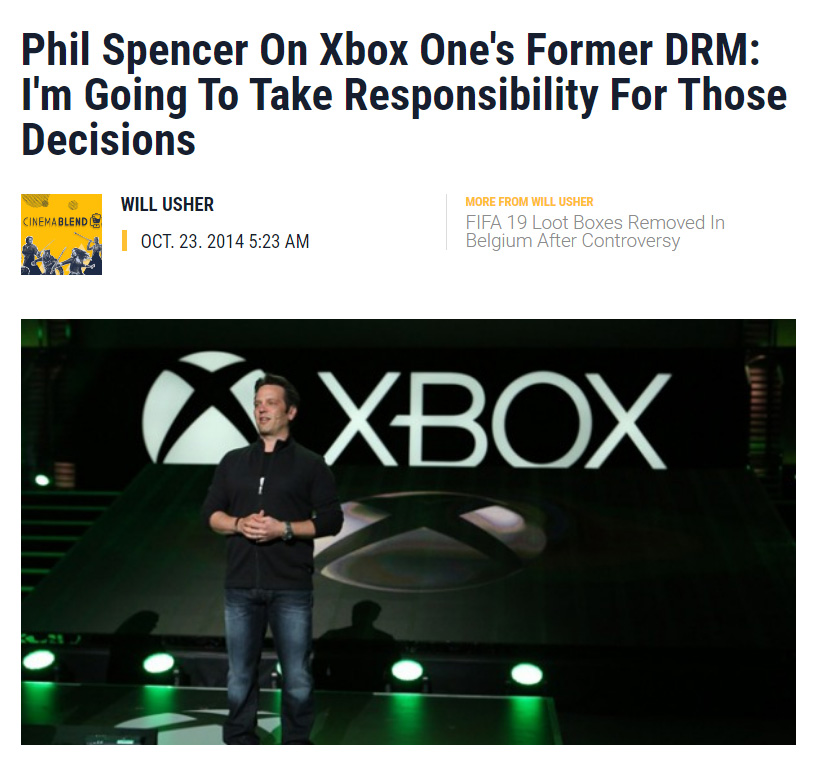 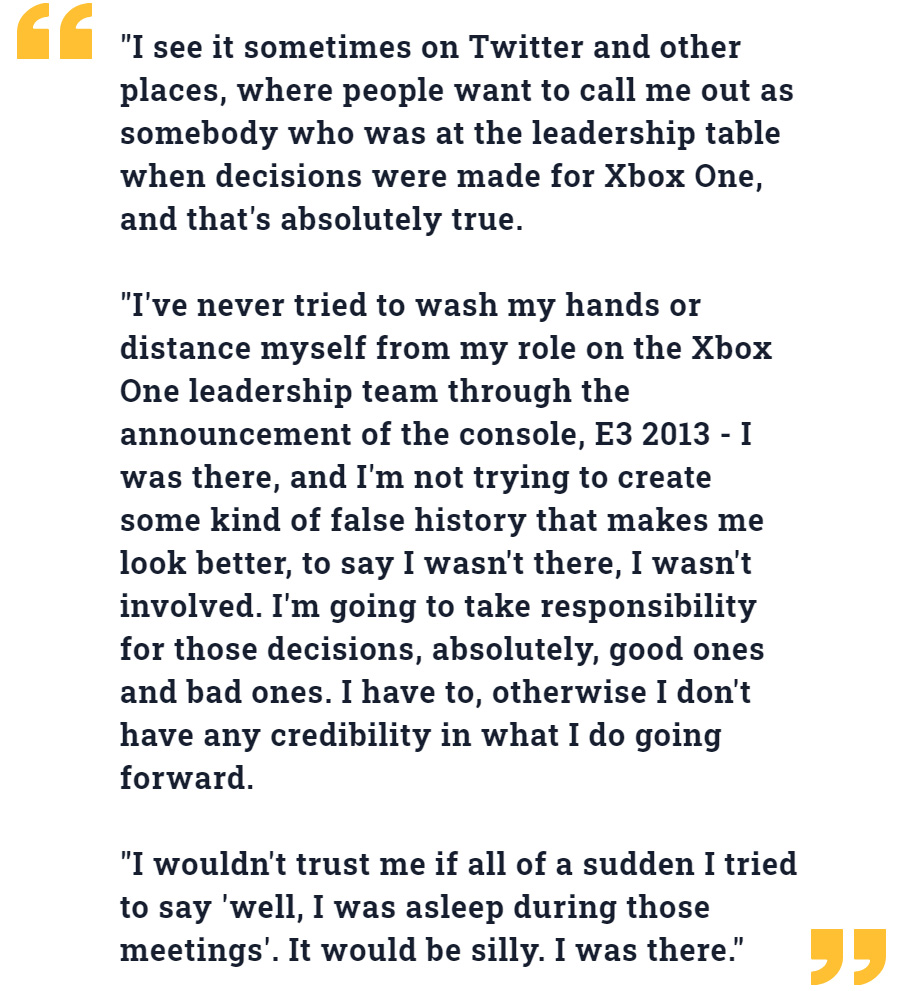 This is a 5 second google search. "Phil Spencer DRM responsibility"

Another example of absolute confusion.
The medium was released during the "console launch exclusive" section of the video.
Yet going through their twitter account I see many people asking and them responding "Xbox and PC".

So why Did Major Nelson announce it for the Xbox one, and why did they show it during the "console launch exclusive" if it is only on X series X and PC?