Forums - General Discussion - Is this okay to be muslim in USA ?

Yeah it's nowhere near this bad - especially if you live in the suburbs like I do. It's actually super peaceful here. I guess if you're not from here and all you know is the sensationalist news you'd think America is on fire right now, but things are actually more or less normal here and most people you'll run into are either benign/friendly or keep to themselves. If anything, you might want to stay out of some of the major cities as there's been some civil unrest there lately (lots of people with no jobs currently going nuts in certain cities haha) but most of the straight-up rioting has died down at this point.

As far as Covid goes - cases are up, though it's largely because of a major increase in people being tested, and deaths from it are way down anyway.

The airport TSA irks me as a libertarian for sure - but I doubt you'll have real issues. There's a chance you may get a bit extra attention but there's nothing to worry about as long as you comply with items that are approved for travel - ie not large containers of liquids/water bottles from outside the airport. I've neglected to discard those before going through security and have been thoroughly searched, my entire luggage emptied out and examined - basically made to feel like a criminal. And this is coming from a white dude heh. So they certainly didn't discriminate when it came to my TSA shakedowns.. But hey if this thorough search happens to you, simply take the extra 5 mins to go through it - then they'll send you on your way. No harm done. It's annoying, but still a minor inconvenience at the end of the day.

But while I'm not a fan of the TSA, I really feel most are on the lookout for suspicious activity and/or luggage versus unfairly profiling people simply from their looks - I'm sure there are exceptions of course but for the most part this seems to be the case. I HIGHLY doubt you'll be pulled aside and given extra searching just for your appearance.

Despite what you may have heard about how horrible some can be in the US, most of us (at least in my experience) here are fairly normal people just living our lives, and most tend to "live and let live." We're a major melting pot here so most tend to treat eachother as individuals, most are very used to our diversity and are very accepting of people of different backgrounds (or at least act like they are). That even includes the Authoritarian TSA for the most part. Not sure where this person is getting the notion of "being outwardly racist and prejudice totally flies now!" but it's simply not true. Very much the opposite. You may get the occasional look from a paranoid Karen/Ken or two (which still isn't ok), but that's literally it.

Cultural antimuslim tensions should be more frequent in Europe compared to the US,
If you can, please selfquarantaine for a while when you come back.

No, there's increased available testing throughout the entire world. The reason for USA's failure is largely because of selfish idiots. 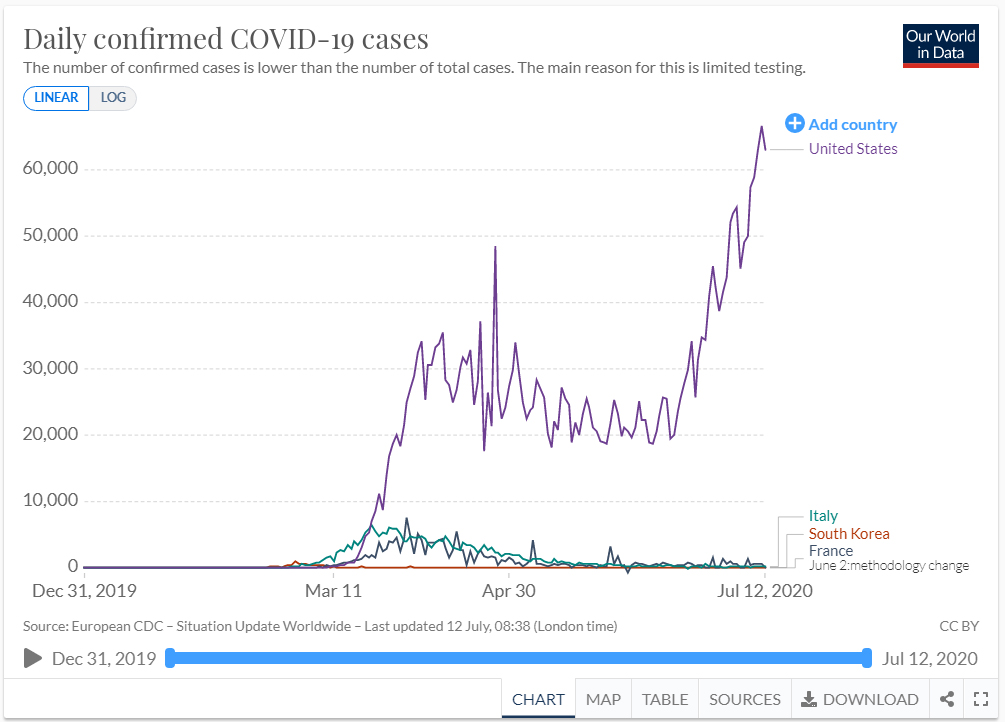 Places that took this seriously have flattened the curve, and essentially have it under control.
Florida is now the epicenter of not just the country, but the entire world. They have more cases per day than the entire European Union.

Some states in the US are handling this well though, like New York. 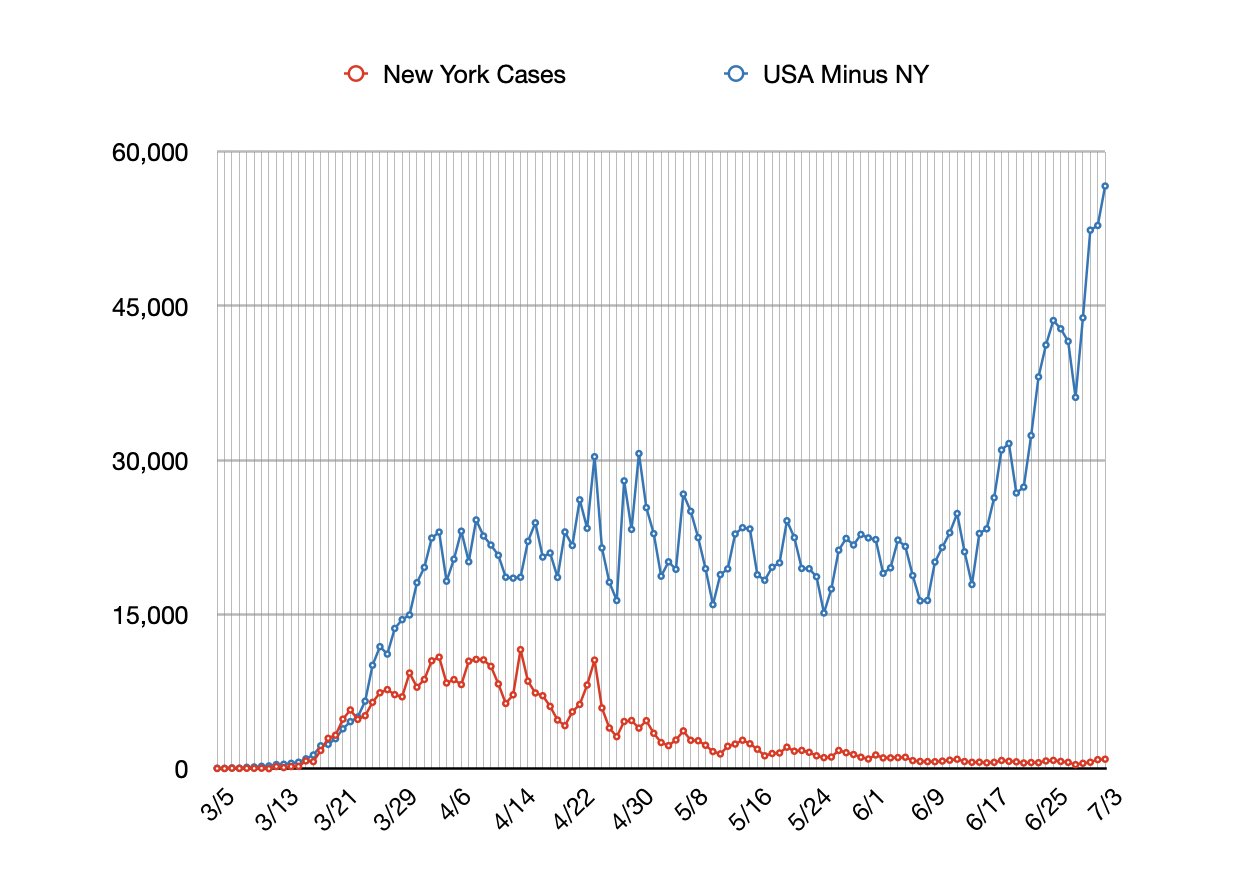 I would not recommend vacationing in LA during all of this. But if you do, remember to be very cautious.

I went to New York in 2014 with my family and I didn’t experience any racism at all, everyone was so friendly and easy going, it was a pleasure and my mom wears a headscarf mind you.
Then back here in Germany I experienced discrimination right at the airport.
Contrary to popular belief, in my experience there’s more racism and discrimination here in Europe than in America, especially as a muslim.
Hope you’ll have a great time and be safe!

I agree about the racism against muslims part,there is also a problem with how other cultures are integrated and it results with people sticking to their own kind.

But yeah whenever someone in certain circles makes an extremely racist comment about muslims and i comment that person about it almost always results in everyone of the surrounding people taking a step back and not daring to interfere,like racism against muslims is sometimes the accepted norm.

Depends on the area you live in ofcourse.

Last edited by Immersiveunreality - on 12 July 2020

The current situation is already worse and it probably hasn't even peaked yet.

you've been replied to a couple times but noone showed this graph so I guess I'm tossing in my two cents as well:

As you can see the % of positive tests has increase quite drastically in the last month. This increase in cases cannot be explained by increased testing.

Not only that, but racial division is even higher over there than when Obama was in office.

As long as you're not black or hispanic you should be fine.

^This. American cops, judges and politicians hate those two races for some stupid reasons.