If someone plays it and its the best experiene they've had this year, its their game of the year. Same for the collectives of any gaming site/body that chooses to award it that.

Plenty of media ends on cliff hangers and are still considered a fulfilling experience.

Of course you want to encourage original titles but if it blows people away enough it still deserves recognition.

So... by this logic, any movies that are part of a bigger story like LOTR and Star Wars could never be considered for best movie in any category because they’re not a complete story?

It looks to be a full game, so it really shouldn’t matter. You are considering it to be “episode one”, but in reality square has made a whole new game and “episode 2” will really just be a sequel to what is launching this Friday 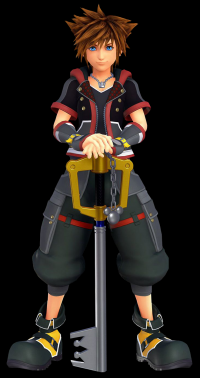 Does this really matter? It's just game, not a movie.

As a life long FFVII fan the remake isn't doing much for me.

2) Taking 5 hours of Midgar and making it 30 hours... tons of questions there.

3) The AI in the demo was awful, very dissapointing.

5) 100 gb per episode, GTFO with that nonsense. Learn to compress data. Not only is the game $60 per episode but with all episodes the full game will require it's own HDD.

I wonder how much the full game will cost, including all the MTX and extra required storage space.  It feels like Square wants me to drop $300-$500 on this remake.  No thanks.  I'll wait for it to hit bargain bin GoTY Collection.

I also suspect via TLoU2, FFVII doesn't have a shot at GotY anyway.

Unless there's some secret stipulation we don't know about, if it's someone's best game of the year, they can nominate it for GOTY.
There are a lot of presumptions presented as if they are facts in your OP though.

We don't know how big or small the main story representation is until we finish the game. Because some post-Midgar characters and events are now in Midgar according to trailers.

Life is Strange Epi 1 is designed to be a very short part of one game. (2~ hours).
FF7R is designed to be a multi game series where each entry is a unique full game experience, inspired by an older game.
The next game in the series can (and probably will) feature significant gameplay differences such as changes to the the combat system, UI, engine, etc.
As is usually the case.

It's a multi game series where each game is meant to be a unique full game experience. And should be compared to games like that. Not Life is Strange which was a 2 hour portion of a single game with the exact same gameplay mechanics, UI, engine, etc.

We don't know for sure if it will take several years for the next one, now that they have laid out the groundwork for the first game, may not have to move staff back and forth between it and another game (KH3), and don't reportedly have to start over after parting ways with another co-developer (Cyberconnect 2).

Though with how ambitious this looks, I am expecting it to take a few years before the next one.

We don't know that there are many important characters missing until we finish it.
And even when you do, who makes an appearance or not is for everyone to find out and would be a spoiler to discuss.

That's again something we can only properly judge after finishing the game.

Because not a single episode of Life is Strange was designed to be a unique full game experience.
FF7R is supposed to be. How they manage we'll find out in the coming weeks.

Misleading title has nothing to do with GOTY though as far as I know.

RE2 was the runner up for GOTY at the Game Awards iirc, and it had a misleading title as well. Didn't say Remake, even though it was one.

I'm playing the remake right now. I got a copy yesterday, It's amazing what they have done, the story is so fleshed out, im actually glad they went this route now, releasing it in parts was definitely the best choice. This is coming from someone who was bashing the episodic release. It definitely feels like a full game.

The fact that people continue to use the word episodic and compare Final Fantasy VII remake to Telltale games is beyond me.

This isn't Final Fantasy VII, it is the remake and it is a completely different experience than the original. Maybe they should have called it Final Fantasy VII reimagined to remove some confusion, but if you read any of the information released regarding the game you would know this.

Whether it is eligible for GOTY doesn't really matter. I myself don't mind for remakes like this, however if it was just a remaster but otherwise the same game then it shouldn't be eligible.

Saying it feels like a full game will mean something once you've actually finished the game. It's already been said here it's 30 hours, but I don't know if that's just rushing the main game, or even how many extra hours are in the game outside of the main story.
I finished Final Fantasy XV first time in ~40 hours, but I skipped a lot of side events just wanting to get through the game. Some people I saw streaming the game at that time had over 100 hours and hadn't even left the main island yet.
If FF7R ends up being a 30 hour game with maybe 10-15 hours of extras, I'd find it hard to consider it a full Final Fantasy experience. Especially in an age where most modern JRPGs are just getting bigger and more fleshed out (Xenoblade, Dragon Quest XI, Persona 5, even FFXV).

I won't instantly hate it if the game ends up being that short, but if they're gonna be cutting that much content compared to other games of the series/genre, then every other aspect of this game would have to be pretty damn transcendent to justify it.

As for the actual thread topic, I think the rationales of 'it's a remake so should instantly be disqualified', or 'it's only one part of a full story so should instantly be disqualified', are all petty and boring. It doesn't take much to see that this game is a very different experience compared to the original FF7; even compared to other large scale remakes, this game goes so much further that it's a legit question to wonder if the term 'remake' is still valid.
So it should be logical to say that if this game is a unique enough experience, and meets every other criteria for a GOTY contender, then it should be just as viable as any other game this year.