You're missing the point, Microsoft NEEDS to compete with playstation, they wouldn't launch a much weaker console, unless they want to come in 3rd place yet again for the 3rd time. In fact that would be free advertising for sony, it would be all over gaming news and word of mouth that ps5 is way more powerful, everyone would just pay a bit more and get the ps5.

Maybe thats what microsoft wants, I get a feeling they've been wanting to quit gaming consoles for a long time now, they aren't even trying anymore.

If ps5 base console is 450dollars, it would be at least 9 teraflops, xbox would be a laughing joke if it is less than half the graphical power, people would just joke that it isn't even next gen while ps5 is the true next gen. Not to mention there wont even be exclusives on xbox for 2 years. No one would buy it. And a console without a disc drive? See how well the xbox one S all digital did? It didn't sell much at all. Most people would rather pay a bit more and get the option of disc drive.

Im not complaining about 4tf against the xbox X, Im looking how it compared to the competition next generation.

At 300dollars they would never in a million years put a 1terabyte ssd, that would cost half the price of the console parts (without the controller), unless they put HDD instead, the xbox X uses HDD not ssd.

1. MS doesn’t care about jokes from core gamers on forums. The Series S is not intended for core gamers, Series X is. Series S is intended for casuals and the budget conscious, not core gamers who want the best graphics. Specs comparisons are irrelevant to the target audience for Series S, that audience just wants a cheap console that plays the games that they want to play.

2. Xbox One S All Digital edition was not a flop, not sure where you are getting that from. MS sold it for $150 Black Friday week, $50 less than the disc drive XB1 S, and it sold very well at that price, it was one of the top console SKU’s Black Friday week, not only in the US but in Europe as well. XB1 SAD edition was a trial run to see if an all digital console next gen would be viable. It passed the test, that is why Lockhart/Series S wasn’t cancelled or given a disc drive, MS knows now that an all-digital console can succeed.

You can buy a 1TB SSD at retail for about $100-120 now. That is retail, Microsoft is buying their SSD’s in bulk straight from the manufacturer, Phison, they’re probably paying a bit over half the retail price per SSD. $50-70 for an SSD is not a bad price.

MS has to use an SSD in Series S or else next gen development will be handicapped. Next gen games will be designed to run on the fast SSD’s in PS5 and Series X, trying to run them on slow standard hard drives would not only create load time issues, it would cause major texture pop-in and frame rate hitches. MS has to use an SSD that is nearly as fast as the one in Series X, they can probably get away with a slightly slower and cheaper SSD, since Series S won’t need to load higher quality “4K textures”, being a 1080p console, but it still needs to be pretty fast. MS will take a loss on Series S if need be to boost next gen market share and get as many people as possible locked into a Gamepass Ultimate subs and digital gaming (which has a higher profit margin for game sales than physical does, since you don’t need to pay retailers a cut of each game sale).

And especially most PC users wouldn't have a problem with digital versions... since physical games on PC already died many years ago.

The graphic performance of a 4 TFlops Lockhart would probably be on par with the 6.2 TFlops of the Xbox One X and wouldn't have the CPU-bottleneck.

I just hope this is fake news. Tflops alone might not paint a full picture but 4Tflops sounds pretty terrible regardless. If next gen games will be targeting 30fps/ 1080p on ps5, wouldn't Lockhart run those games in 720p?

4 tflops on RDNA 2 will be more powerful than the 6 tflops on GCN from Xbox one X.

Performance per watt got a huge leap from GCN used on current consoles to RDNA 2. 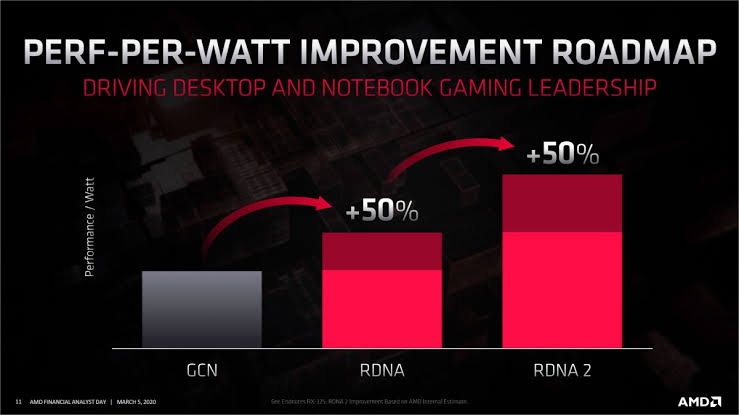