Forums - Microsoft Discussion - How do you feel about the new Xbox One UI?

At the moment i liked the old ui more

Its Microsoft what do you expect? They don't know how to do a good UI for many years now, I actually switched to Mac because of that, when windows was bothering me with daily updates and reinstalling stuff I deleted like angry birds, I really dislike Microsoft software, its even worse on the xbox, they had a great software with the xbox 360 at first, then they ruined it, they made it much slower and cluttered with ads, its still the same, and sometimes they change the position of menus just for the sake of it, not to improve anything.

Both PS4 and switch have way better UI, its not even close.

With that said I still love my X with backwards compatibility and quiet fan.

But if the rumours are true that sony is also launching a ps5 pro, then I wont be buying the next xbox until 2 or 3 years after. As far as Im concerned sony can put any price tag on it, if it is also a 12 teraflops machine Ill buy it and completely forget xbox.

I'm so disappointed with xbox this generation, I haven't even been excited for anything on it since Forza horizon 4. But sony keeps me excited with ps4.

And this is what Microsoft doesn't seem to get about UI. Consumers do not want to be learning a new UI every couple of years, Look at ps4 and switch, same UI since launch day, if it works then don't break it. You can always improve and add features, but it shouldn't be necessary to change major ways of working it, the basics should be right from day 1, that's very important.

The reason xbox has so many updates is because it was not good from the start, it needed and still needs a lot of improvement, Sony and Nintendo did it the right way, a perfect UI from day 1, so they really don't need much improvement besides speed and little bugs.

I'm afraid the same will be on next generation, I know this because Microsoft doesn't care for their customers at all, they just want to put adds and ways to make you want to spend money. Selling you games and services seems to be more important to them than to actually please their customers.

The xbox UI is horrible, with pages that I have never used, also for some reason even tough I use an X with all that power and the UI is still slower than my ps4, example boot up is way slower if you have internet connection. Its actually a joke sometimes when it takes minutes to boot up, the X has more RAM than my MacBook, which boots in less than 10 seconds.

Also on my Mac I can remove and add whichever menus and items I want where I want them, you cant remove anything on xbox, you are forced to use it the way Microsoft wants, same with windows actually.

If MS didn't care about it's consumer, they wouldn't be updating the UI to make it better.

The last part bolded almost gives it away that you don't even have an Xbox or you really haven't spent anytime on it. You can delete and add groups to make things much easier and quicker. You can even get rid of the store, gamepass, community and Mixer from your home screen. Something you couldn't do before.

Finally tried it. I have several Xbox One consoles and now they all have the update but, to be honest, I didn't even really notice it on the one console that did.

Now that I'm paying attention, I took the time to customize what was a priority to me and it's good. Nothing fantastic compared to what we had before but it's good. Doesn't get in the way of itself and has a few nice new options. I doubt it will win anyone over that doesn't already like the Xbox style compared to the simplicity of the PS4 and Switch but I personally like the idea that there's always so much to look at. It feels more alive than the others. 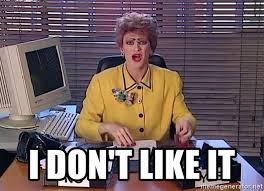 Did this just come out? I played more than usual the last few weeks and I was not a fan, maybe I will have to check it again. For several years it feels like the Xbox one Ui has been trying to sell new games and community when all I care about is the game I want to play right now. I respect the community part since Xbox is a very “online” console, but it should be easier to find my games than ads, and it’s not.

I'm quite indifferent to it. Is it better than the last UI? Couldn't honestly say so. Is it in any way worse, or more inconvenient than the last one? Not that I've noticed so far.

I suppose I would say that it seems like a pointless change. A lateral move, that didn't really need to be made. Doesn't bother me either, though, because being a lateral move, it simply hasn't made enough of a difference one way or the other to make a real impression on me. It's whatever. More of the same, but slightly different.

I'm not a big fan. However like some have said, it takes some getting used to.

I like it overall, but I think a mix of the current and previous OS would make it almost perfect.

The new OS is the fastest I have seen it since getting my XBO X in 2018. Everything opens almost instantly.

My Games and Apps is much faster, and the new layout and organization is a huge improvement. Having only the games on the system in the main game tab makes things much faster, and having a seperation section that sorts out owned Games, owned Apps, Game Pass, Gold, and EA Access, makes it much easier to keep track of your library.

My only gripe is I would have left the store in its own tab to the right. I want to get to new content as quick as possible, but I also want to access my games instantly as well. Having games Pinned on my first Group makes the games I am playing quick to access. If they had left the store to the right, I would be able to access my Games with two clicks down, and the store with one tap of the RB.

Overall, it is the best version of the XBO OS to date, and it is much quicker and better laid out than the OS's on the other to consoles. I hope both the next gen consoles end up with a Quick Menu at least as good as the XBO's. The current OS and Quick options on PlayStation and Switch are very dissappointing in their current state.