Forums - Gaming Discussion - Game of the decade: The 1990s

Even if my loyalties moved more to the disc based console, SMW still holds a special place in my heart. The music, the colors, the gameplay. The joy of stepping over a Secret Palace Switch and returning to a level to see stacks of blocks now filled was unparalleled. The pain that was beating most castles, particularly the sixth one. Timing had to be impeccable. 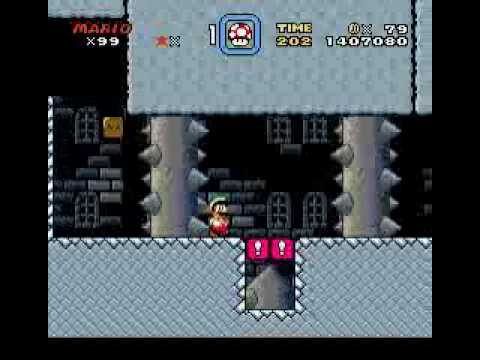 Playing a game with so many secrets to unfold and such a satisfying gameplay is what makes this game stick the most for me in the 1990s. I still stand that Nintendo hasn't done anything this good ever since.

A lot of very good games in the running here. Going to have to plump for Yoshi's Island, which is just a sheer joy to play (more so than anything else I've played). Wonderful graphics, superb level design, catchy and memorable music. It's always a fantastic experience to play through, chock full of Nintendo magic. It also offers a fair bit of challenge when trying to 100% as well (not sure how I managed multiple times as a kid, I really struggle now).

Shout out to Tomb Raider II. It pains me not to select this, but Yoshi conquers all.

I count SMB3 because even though it came out in 1988 in Japan it wasn't released in North America until Feb. 1990, so as an American it counts as a 90s game to me.

Each of these games are absolute standouts, among the greatest of all time in my book. They have consistently occupied five of the top six spots in my "Greatest Games" lists here at VGC in the annual threads (Halo: CE was the other occupant). FFIV was my first Final Fantasy game, and remains my favorite JRPG ever. Super Metroid was a moody and atmospheric game with impeccable gameplay and exploration. A Link to the Past is still my favorite Zelda game, and remains a timeless adventure. Super Mario 64 was the first platformer that actually did the genre right in 3D in my opinion, and still holds up to this day as a master class in 3D platforming design.

But Super Mario Bros. 3. Man, I remember the hype for that game. Its existence was first revealed to American audiences in the May/June '89 issue Nintendo Power, with a brief blurb promising that Mario will be able to fly. The first screenshots were shows in the Nov./Dec. issue later that year, and then there was the tie-in with the movie The Wizard which was released in Dec. '89, with SMB3 featuring in the climax. And then there was this commercial:

Needless to say, I wanted that game as soon as possible. I think I got it for my 10th birthday... or maybe it wasn't until Christmas (I can't remember exactly when since that was 30 years ago). It was such an amazing experience. Mario could not only fly, but could get a frog suit for easier swimming or the awesomely powerful Hammer Bros. suit. There were all sorts of new blocks besides the standard brick and item blocks, many of which added new gameplay elements. The enemy roster was more diverse, as were the environments. The level design was amazing. It introduced auto-scrolling and diagonal scrolling to the series, the former introducing new types of challenges and the latter turning out to be a remarkable technical accomplishment for an NES game. And the controls were much more polished than the original.

I don't believe in a singular game for an entire decade.

However, while I never played it.. I can with great confidence call Quest 64 the best game of the 90s. It had 64 games for the price of 1. Hard to beat that value.

I have been playing games for 30 years, the 2 most influential and memorable I can remember from the 90's were Tomb Raider and Mario 64, but from those 2, Mario aged better, I can still play it to this day with enhanced graphics on an emulator, on the other hand Tomb raider would be near unplayable to me now. Those were the 2 first 3d games I ever played.

There were others that also are very memorable, Metal Gear, Gran Turismo, Resident Evil, Ocarina of Time, Final Fantasy 8 (I never played 7 or 9), Quake 2, Command and conquer and many more

Impossibile to pick a single game from that era

I would say Dink Smallwood

Ocarina of Time Hands down. That was the game that redefined the open world game and took one of the best Nintendo IPs and fleshed it out in 3D in ways that nobody thought possible. It also pushed the N64 hardware to it's limit and really showed what the system could do. The game is beautiful, atmospheric, understated and at the same grandiose, intuitive and pleasingly difficult. A legit masterpiece...

Still my favorite JRPG. Where other games like Metal Gear Solid and Ocarina of Time have aged to some extent or another, Chrono Trigger remains truly timeless.