I do not know how insensitive it sounds but out of compassion i can find more peace with a person passing away after beaten ''braindead''(it is kinda a srange term) instead of those that go years and years of possible feeling trapped in their own bodies before eventually dying.

Colleague of mine had a horrible accident and had about the same,not able to move anything and no chance to recover so trapped in his own prison with possible much pain and i pray not.

I feel the same way and was relieved for my mom and dad when she finally passed. She was stuck in a home for 5 years with advanced Alzheimers, didn't know who she was anymore, didn't recognize me anymore for at least a year before she had to go in a home (violent outbursts, walking away, not being able to take care of herself nor letting my dad care for her) and could only sit in a wheelchair for the last 3 years having to be fed.

The only consolation was that hopefully her consciousness had actually gone long ago and just the body kept going. Her ability to speak was also gone yet before that the moments of coherent sentences were already far in between. (Random bits of early / mixed up memories was the last comprehensible speech)

I also pray to be spared that kind of ending for anyone. So no, that does not sound insensitive at all. The stories about Covid19 patients trapped on Ventilators for weeks on end bring up a lot of emotions. At least they put most in a medical coma and don't remember the worst.

Countries in Eastern Europe are facing rising waves of coronavirus infections, leading to new restrictive measures such as the mandatory use of face masks in Croatia and travel bans or quarantines to be imposed by Hungary.

Romania announced a new high of infections on Saturday, with 698, while 456 new cases were reported Sunday.

Serbia reported 354 new infections on Saturday, although there have been increasing doubts about the accuracy of the figures. Officially, the country has over 18,000 confirmed infections and 382 deaths since March, with health authorities warning that Serbian hospitals are almost full due to the latest surge in cases.

Croatia, whose Adriatic Sea coast is a major tourist destination, will make wearing masks mandatory in stores from Monday, while restaurant staff, but not patrons, will also have to wear face coverings.

The Ukraine is still in second place in daily reported cases, a bit above the UK but still quite a way from Russia which is staying at 6.5K cases per day.
Portugal is also still in trouble, 378 cases per day (7-day average) slowly going up and the reported deaths have been climbing again as well.

India's growth remains constant at about 121% week over week change

Infections are also on the rise in India, which has the most cases after the United States and Brazil, with a record surge of 28,637 cases reported in the past 24 hours as authorities announced a weeklong lockdown beginning Tuesday in the key southern technology hub of Bangalore, where the offices of top tech companies like Microsoft, Apple and Amazon are located.

South Korea has also reported an uptick in infections around Seoul, its capital, and other major cities, with 44 new cases over the past 24 hours.


The USA is growing at about 120% change week over week.

In the U.S., there has been an upturn in coronavirus deaths, driven by fatalities in states in the South and West, with the seven-day rolling average for daily reported deaths increasing from 578 two weeks ago to 664 on July 10 -- still well below the heights hit in April -- according to an Associated Press analysis of data from Johns Hopkins University.

A coronavirus death, when it occurs, typically comes several weeks after a person is first infected. And experts predicted states that saw increases in cases and hospitalizations would, at some point, see deaths rise too. Now that's happening.

"It's consistently picking up. And it's picking up at the time you'd expect it to," said William Hanage, a Harvard University infectious diseases researcher.

Researchers now expect deaths to rise for at least some weeks, but some think the count probably will not go up as dramatically as it did in the spring.

I can relate a bit with having to deal with alzheimer in the family but not to that extend,my grandgrandmother who learned me to play carts and used to tell stories about the war got it and now her son who is my granddad got it too so i'm worried that my mother will suffer the same and that is always in the back of my mind but if it happens when the time comes i will do anything to provide her the most comfort(how little that is) she can get in that state.

Bolded: Yes,and before that when she forgot who you were you can also keep in mind that she does not neccesarilly forgot the whole of you but just the current form of you at that time.In her mind she could have had memories of a younger you or even a baby or from when she was pregnant of you and because of that there is a good possibility you kept being in her heart till the end.

I would rather invest these $8 billion more in my own military if I would be Japan. Trump basically wants all costs for these soldiers and maintenance for the equipment to be paid even though a lot of these costs would incur without having these soldiers in Japan.

This guy and his blackmailing strategy around the world whatever it is about...ugly human being

There were protests last time the government tried to change the constitution regarding the military. Plus I'm sure China & both Koreas wouldn't be happy either. So you'd just piss off your neighbours and your own people all at once.

$8bn would be almost 20% of the Japanese military budget. Not insignificant.

Agreed with the point about the own population but the other countries could fuck off. Japan is spending far less on military (in relation to GDP) than those countries, even with $8bn more. 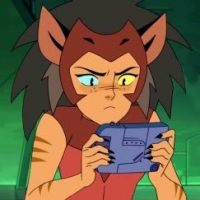 Just pointing out that our level of political partisanship in this country comes with a death toll. We have GOT to stop thinking of every...single...goddamn thing in terms of ideologies and party alignments or it will literally kill us! And I don't just mean the irresponsible people.

i'm not saying they have to invest that money but I would rather do that instead of giving it the USA. Not sure why China or the own population should be more ok with American soldiers in Japan paid with $8 billion a year instead of some more and better equipped Japanese soldiers.