Nah I'm good. I don't like talking to a wall. I'll make a judgment once the game is out. That simply is how I personally roll. I don't do pre-judgment.

Once again, piece by piece.

I play games before deciding things such as "I'm paying more for less."  I have no problems with criticisms, I just (strongly) believe said criticisms should be on the final product after personal experience.

Just because one product turned out to defy all expectations doesn't mean being critical to preview content is bad. Companies will put forward the best part of the games for marketing, after all, and if that part is already flawed, there are reasons to believe there are problems abound. If they want their audience to be excited by their product, they should also accept the risk of dissapointing them, otherwise just dump the game in stores and don't market it at all. Besides, the example of WW is not a valid comparison with Sw/Sh, since that game's matter was art direction, not lacking content.

I am fine with 400.  I don't see collecting all 400.  They could add another 1,000 and it wouldn't matter to me.  I wouldn't collect that many Pokemon.  I would rather them cut Pokemon and put focus on the story, environments and in the battle system.  A balanced battle system matters far more than having tons of Pokemon.

The attitude of "I'm fine because they didn't take what I like" is a rather harmful and selfish one. It relies on just being happy because the cuts don't affect you, while ignoring the people to whom they did. Someone's favourite feature might be totally ignored by someone else, but it's still a feature worth having. There's also the fact that it's a slippery slope that tends to go worse and worse as time goes on.

And a balanced battle system needs variety to develop strategies and counters for them, something immediately threatened by the cut of both pokemons, attacks and battle modes. A balanced system needs as many pokemons as it can.

Again this reminds me of people complaining that Forza only has 200 cars...  when most play the game and use 30 cars....

But do all Forza players use the same exact 30 cars, or do they use different combinations of 30 cars out of the total pool of 200 cars?

Cute, but we both know it's because you can't explain it as what you said there is complete bullshit. To try would only make you look like a fool, though you're well past that point.

Says the person who is complaining about Game Freak being lazy, while having a thread dedicated about how he doesn't want to work and wants advice on how to game the system....  lol

And? Just because I'm lazy doesn't mean Game Freak isn't. Talk about an irrelevant red herring. If you have nothing left to say in your defense I'd suggest you stop now.

Lol, it is a paradox. People working hard everyday are lazy and owe you.... you being a person who doesn't even want to work. Talk about being hypocritical. Enjoy though man, got to spend your time doing something I suppose.

First HD jump for the main series. They should started totally fresh and have none of the other Pokemon. Build this up as Phase 2 Pokemon, which each group after this utilizing Pokemon introduced in Sword/Shield and it's sequels. Then, after like 5 generations have passed, we can have a mega crossover Avengers style game with all 10+ generations of Pokemon. It would make all the old ones feel new again after not having played them for so long.

Doubling down on that desperate strawman, further proving you have no actual arguments.

Found an interesting Analysis of the Galar Pokedex: 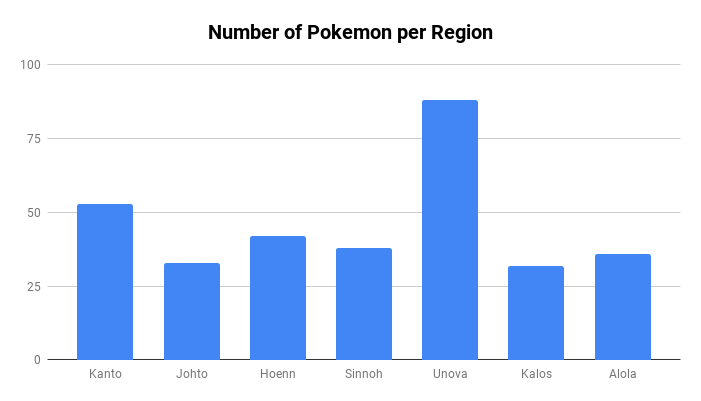 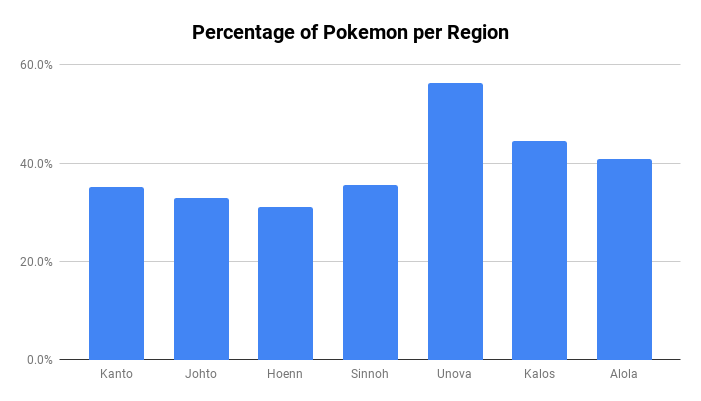 Galar has the most returning Pokemon from Unova, a curious move considering that Unova was widely regarded as having some of the worst designs in the series. Gens 1-4 meanwhile got the shaft, being the bottom 4 in terms of returning Pokemon based on percentage of total new Pokemon from those gens. There is some speculation that this is because Gamefreak are planning to release Gen 4 remakes next, as the Sinnoh Pokedex contains all gen 4 Pokemon and a large number of gen 1-3 pokemon. 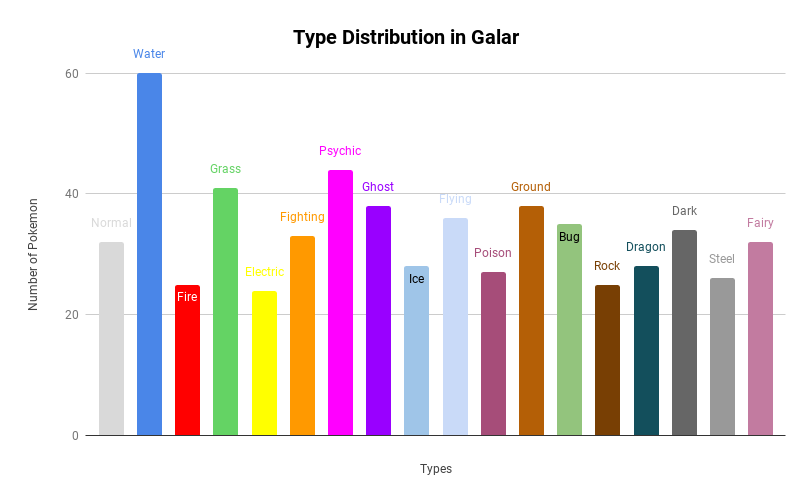 Galar is heavily water type, with 60 Pokemon. Psychic, Grass, Ghost, and Ground also have high concentrations. Galar is light on Fire and Electric options, though the situation is nowhere near as bad as the fire type situation was in Diamond and Pearl, where there are only 11 fire types to choose from (5 of which were fully evolved). 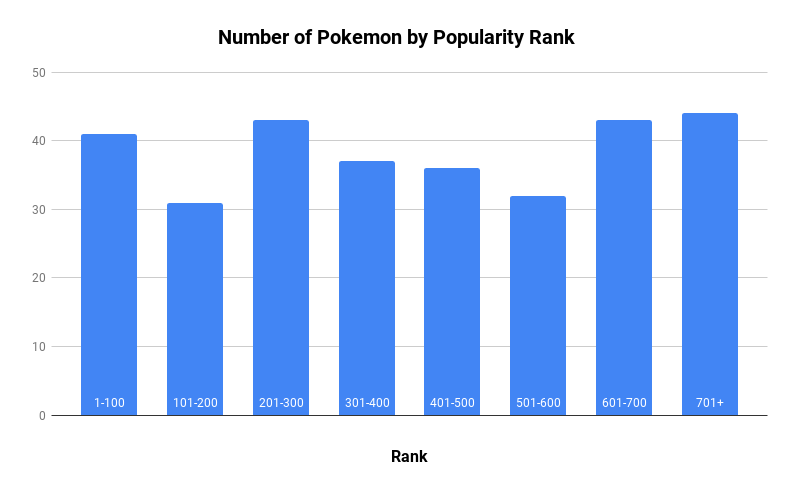 This graph is based on a survey of the most popular Pokemon done earlier this year that had over 50,000 responses.  As you can see, in spite of Gamefreak's claim that they would focus on the most popular pokemon moving forward due to the removal of the national dex, Galar actually has a heavy concentration of the least popular Pokemon, with over 40 pokemon each from the 601-700 and 700+ ranges returning. Meanwhile, just over 70 Pokemon from the top 200 most popular are returning.

That is disappointing. I've only ever played gen 1 with Red/ Blue/ Yellow and Let's Go Eevee. I was hoping to see all the Pokemon I've missed over the years. Although I guess it makes sense as IRL not all animals are found in every place on Earth.