Thanks for this, I swear I checked Gamestop but maybe I just thought I did, or they've added it since then. Either way, that's reassuring. :)

It's readily availible for pre-order in Europe as well.

I dont think you should worry :>

This is weird, is it just not coming out on Switch in Australia? Will I have to import it I wonder.

Wouldn't worry too much honestly, we'll get the game, that's a fact. Probably with a slight delay, but getting it nonetheless.

Oh yeah. They just recently added it. I've been stalking their site for months waiting to steal the boxart for Most Wanted. 😂

Hopefully my local retailers will add it soon too then; I'm doing the same thing, stalking their sites almost daily to see if they have it yet, have been doing so since they announced the bloody thing last July haha

Doom Eternal is also one of my most wanted game on Switch, so I hope it will get released at least by the end of the year!

I have seen games not show up on the "coming soon" list for pre order till much closer to their release than DOOM Eternal is not.  Plus Wolfenstein Youngblood released on time, and that was the same dev/publisher.

I am not saying a delay is not possible, I am just saying I remain optimistic.  Honestly there is so much to play on Switch, it would not be the end of the world of the game got pushed back to Jan or Feb om Switch.  It would suck not having the day and date release, but I feel like a delay into that particular window would have no negative impact on sales.  It might even help the game of it reviews well on PS4/X1, as Jan and Feb there will be a lot less to compete with.

Switch is also the only platform that they don't link to buy digitally. Is it not on the Eshop? 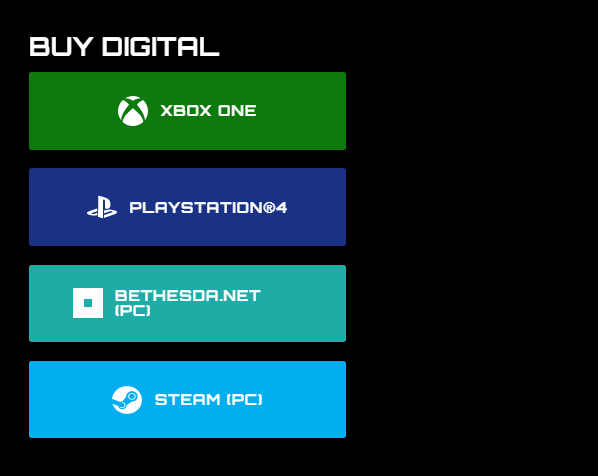 The Switch version really is still almost non-existent from their website, but I wouldn't be worried about it, though it is very weird. There must be some reason that the majority of retailers aren't listing the Switch version at all.