Anybody else hopeful that AMD can finally put out a good card that is more powerful than the 590? Vega cards all seem to be power hungry with bad drivers, and overheating issues. Or at least that's what I've been reading on Amazon and Newegg.

"So doing some digging. Looks like RDNA is a "Hybrid" design that bridges GCN to RDNA... Just like VLIW4, but more extreme.
Lots of changes under the hood, but it's still very easy for developers to leverage it if they have worked with GCN for a long time.

It's going to result in a substantial uptick in performance per teraflop either way... I would not be surprised to see a 50% performance uplift over the RX 590."

Things like Primitive Shaders are now working as well, finally.

As for Vega... Vega was actually extremely efficient, at lower clocks and voltages, AMD though wasn't able to compete though and decided to throw out efficiency in order to garner as much performance as possible and drive the clockrates up.

And if we can... Try and stick to better sources than Polygon, like Anandtech.

Fixed it. Just wanted to link to some basic info on it. But I like Anandtech's tables better.

I know Vega could be undervolted, but the best Vega card I could find was excessively long, to the point where it needed a brace. And there were quite a few reviews complaining of game crashes.

What I really wanna know is if RX 5700 will become as popular as 580/590, or if it will be another Vega. I almost never see builds using Vega.

Vega as a GPU just wasn't worth it. I think HBM just kept the price up to high to make it a decent price/performance option for most.
Often it was cheaper to just get two RX 580's and throw them into crossfire. (Although crossfire drivers are hit and miss these days, which is a caveat.)

Polaris however was always fairly cheap (Except during the crypto-boom) and it was a great GPU for 1080P-1440P gaming.

The RX 5700 XT's success really depends on price... Because AMD isn't giving us stuff like hardware ray tracing with this part, so nVidia has a value-incentive advantage on that front. 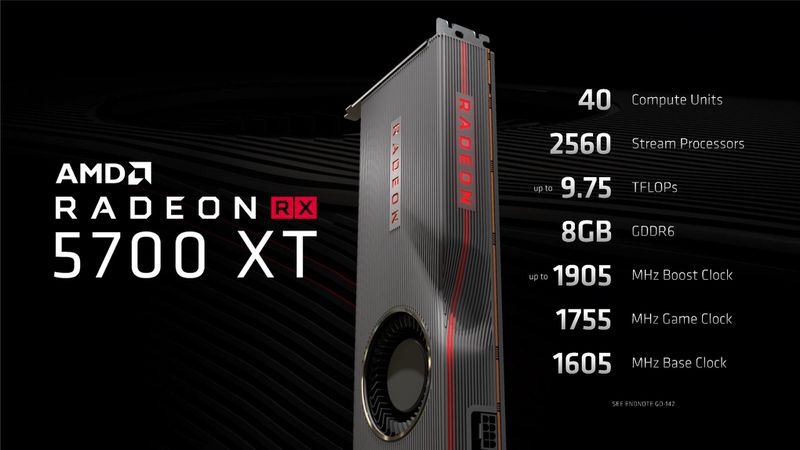 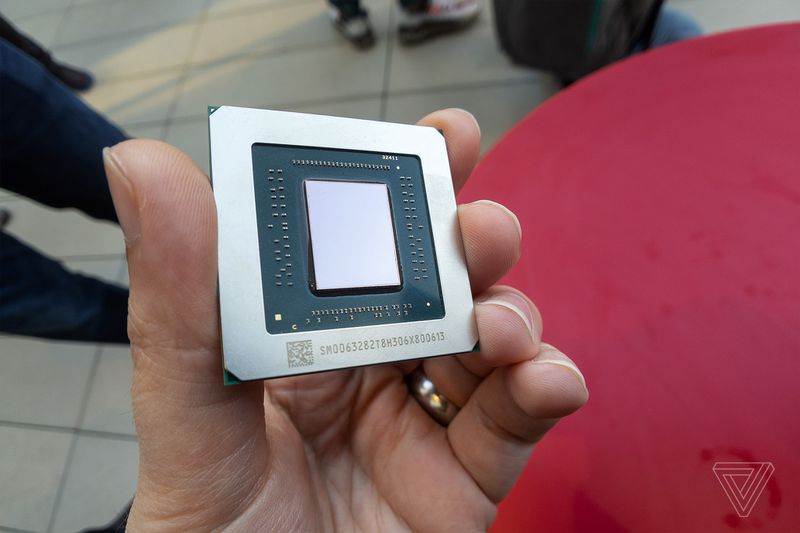 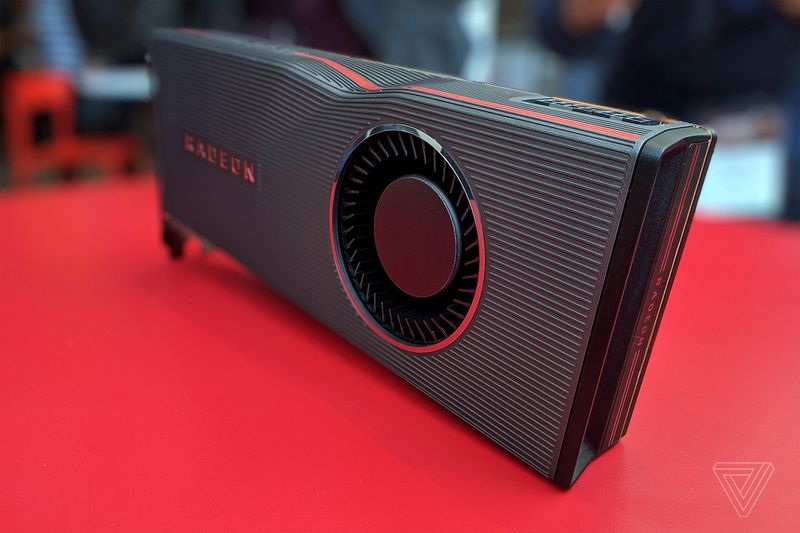 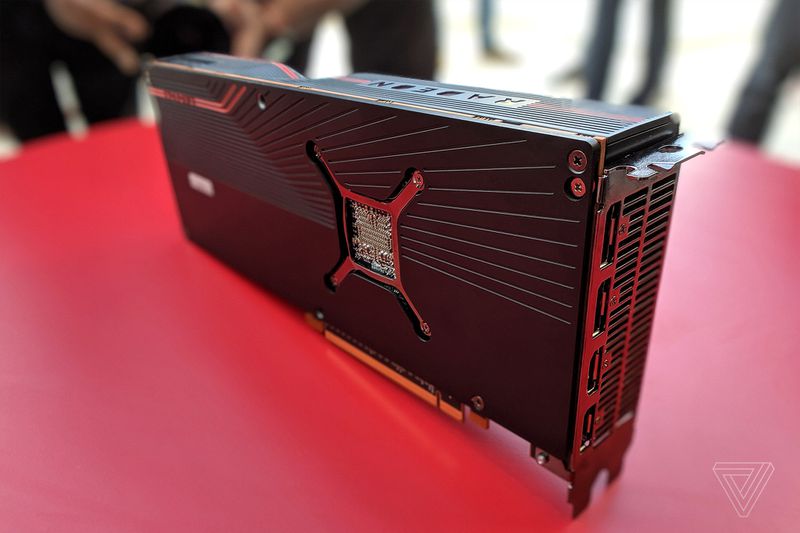 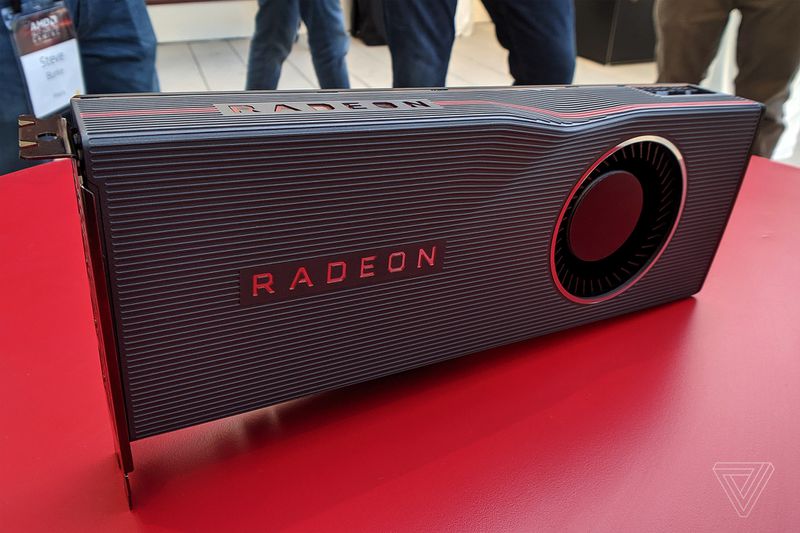 I really, really, like the look and styling of the card. Hopefully that blower ain't so loud with the RDNA efficiency gains.

Speaking of which, I wonder how long before the meme's show up pointing out the card 'runs so hot that the shroud partially melted on top'?

Crazy to think that you could buy a 5700XT and the Ryzen 9 for the same price as the i9 which the Ryzen is rivaling, I mean they should have made it clearer I think that you could get pretty much the entire Ryzen PC built for less than the cost of an intel CPU, although I think if you're building a rig with that Ryzen 9 in it you're not going to be looking for 2070 levels of performance, I could be wrong.

Great showcase though, I love AMD's CEO just her cheeky grin when she reveals shit that she knows gamers are gonna love, she's very charismatic.

RDNA has a SIMD32 and a SIMD64 mode which corresponds with their dual scalar units and is somewhat similar in concept to what Intel has been doing a long time with variable SIMD widths on their GPUs ... (Intel has SIMD32/SIMD16/SIMD8/SIMD4x2 modes)

Even without any architectural improvements, we'd be almost there already from just the higher clock speed and 4 additional CU.

In fact, if you just make a simple CU*clock speed calculation, you'll get actually very close to Vega 64 (air) at boost clock, and still surpassing Vega 56 just at gaming speed. So without even any RDNA improvements, it's sitting right between Vega 56 and Vega 64 in terms of performance and far above RX 590.

So yes, I think Navi will replace both Ellesmere (RX 570-590) and Vega except VII. Baffin (RX 460/560) and Lexa (RX 540-550) are probably still getting used as low-end/entry solutions. Especially Lexa, as it just months ago finally replaced the dreaded Oland chips (and the age-old cap verde chips in mobile) in mobile and entry-level desktop OEM.

And I would be delighted if they could adapt it into a high-end Laptop GPU. It's high time AMD gets back into that market.

I would have rather AMD kept it square and simple. The dent on top looks bad.
Have to say... nVidia's styling is a step up over AMD's GPU's.

Looks like I am waiting for a card with an aftermarket cooler!

That was AMD's tactic during the bulldozer days actually... Where AMD marketed that you could buy an AMD CPU+GPU and get more performance than an Intel+nVidia equivalent at any given price point.

I guess they would have sussed out whether that campaign worked for them or not... And all things considered AMD is smashing it out of the park on the CPU front currently anyway.

Really? From what I can tell AMD increased it to SIMD32 from SIMD16 on GCN and decreased wavefronts from 64 on GCN to 32.
So no longer does it take 4 cycles for a wavefront to be pushed through on GCN, it's now 1 on Navi, if they have a SIMD64 mode, that is news to me.

The Primitive Shaders are handled by the drivers compiler. I would assume developers have some aspects they can leverage from it.

37.5% alone is from the clocks+CU increase. The rest of the 50% or so should come from IPC improvements.
In certain scenario's, I would still expect Vega 64 to win, in others I would expect Navi to win, some scenarios just love compute... And at the end of the day, Vega 64 is still a compute monster.

What should give Navi a small advantage is that it should sustain higher boost clocks than Vega 64 with some luck.

The big kicker that allows Navi to compete with Vega 56/64 is that it's no longer held back by a few hundred Gigaytes/per second of memory bandwidth, like Polaris. - GDDR6 has brought the mainstream forwards where they are competing with 2048-bit HBM2 implementations.