Rushed in Red Dead Redemption II because the spoilers were everywhere

Seems I read the OP too fast and my answer was not exactly what he asked for.

So I'll add another reply: I harvested EVERY. SINGLE. Little Sister in Bioshock because I wanted all the ADAM I could get.

Not so much my mistake as BioWare's - basically not being able to save Mordin in Mass Effect 3 on a blind playthrough, especially if you've played Mass Effect 1 and/or 2. Once he died I stopped playing and never returned to the game, and have since completely lost interest in the series.

The first time I played BioShock, I harvested the very last little sister by accident, I pushed the wrong button because I was distracted. I learned it had a good ending years after I first beat it.

I once chose something other than a water type as a starter in a Pokemon game. Still haunts me.

I went into "The #&$#% Room" at The Honeybee Inn in Final Fantasy VII. 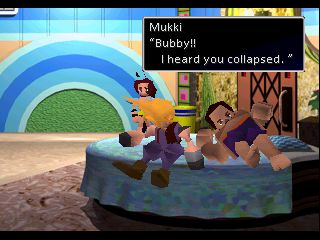 To make myself feel better, I later talked my best friend into going into "The Group Room" during his playthrough at his house.  (Yeah, I'm not a good friend...) 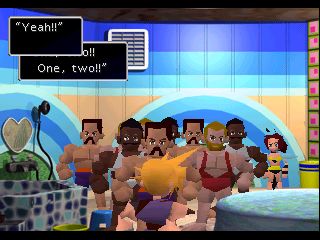 I saved right before the "Roof of Riovanes Castle" fight and was literally stuck there for years.  The assassin's would kill Rafa on their first turn of battle.  Between that happening every time, and having to return to the main menu and reload the save all over again every single time, I would give up on even trying for years at a time.  I actually just finished the battle for the first time last year when I read that if you unequip all of your armor the assassin's will turn their attention away from Rafa and towards you as the more vulnerable target.

I did the same thing and started over when the game just felt like a slog with the unskippable GF animations and whatnot.

I wasn't young and new to JRPGs.  The game mechanics were just needlessly convoluted.

This War of Mine kind of messed me up.  One place you visit, there is an armed soldier who is about to rape a girl.  Of course, I tried to take him out.  His weapon was way, way better than mine, however, and he killed the character I was using to scavenge.  This was devastating to the rest of my survivors and ultimately spelled the end--depression set in, a couple wandered away, and the last one hung himself.  It was a "Game Over" that left me stunned.

The next play-through, when I returned to that place ... I let him take the girl into the back room and then looted the place while the soldier was occupied.  I hated that, as did the rest of my team, but it was the only viable option.  That was an unsettling slice of "real" in a video-game.

In Fallout 4, I really struggle with siding against the Brotherhood.  Not because it's the Brotherhood, I hate what they stand for, but because it means I have to kill Scribe Haylen.  She's a good person and a sweet girl who really cares about her comrades.  If you join them before deciding to fight them, it feels like you have to kill a friend.  More than that, it makes you realize that a LOT of the regular soldiers you're killing are probably good people, as well.

In Skyrim, when that one group wanted me to kill the Dragon that had helped us.  Jeez, I did not want to do that.  Like, at all.  But, I did it, because it seemed like the smartest way forward.  I felt so crappy afterwards, though, and looking down at the Dragon's dead body, I though, "my character would not do this."  So, I reloaded, and kept him alive.  Next time I played, I used a mod that let me have my cake and dragon, too.

In Divinity: Original Sin 2, there is an encounter where someone on your side (X) captures a former friend and comrade (Y).  They used to be in the same Order before the person on your side decided to leave.  You have the choice of trying to convince X to be merciful or allowing them to execute Y.  I convinced X to be merciful.  Later, you find X burying his parents.  It turns out that Y killed them after you let him live.  Ouch.