Forums - Sony Discussion - PS5 Coming at the End of 2020 According to Analyst: High-Spec Hardware for Under $500

I'm wondering if Sony will go down the 2 SKU path by simply making the Blu ray drive optional.  The rumors of a disc-less version of the next XBOX continue to swirl, and of course the Switch has proven (again) that a physical media drive may not be a deal breaker for consumers anyway.

And here's where it could get interesting:

Manufacture the PS5 with a plug-in drive bay in the front so the base console hardware performance and features are identical. The only difference is that the $399 SKU will have a plastic bezel covering the drive bay but the $449 SKU will have the HD Bluray drive pre-installed.  Sony could then sell the "pluggable" HD Bluray drive as a user-upgradable part for  $99. The customer would just remove the bezel and slide the drive into the front of the unit to make it identical to the $449 SKU.

They can still offer an HD Bluray "deluxe" SKU for $449 without losing (as much) on each unit sold.

Consumers actually have a choice to buy the cheaper model now and then decide to add an HD Bluray drive later via simple plug-in upgrade.

Sony can make a higher profit on sales of the standalone Blu ray drive upgrade by selling it at $99 (vs. getting it for $50 if you buy the "deluxe" SKU day 1)

Cons:  Two different SKU's to package and ship (note that manufacturing cost should be nearly identical because the only difference is one has the drive installed already)

Just my two cents, and I think it could work.

Not everyone has internet, and many people don’t have enough bandwidth to download 50-80GB per game. The current generation of games is huge. Not everyone can afford to download a game and its patches, there are still internet providers who have bandwidth caps, so you can imagine the situation in less wealthy countries; so they would go with the SKU with disks, while the others with enough bandwidth have 2 options.

The second "issue" I can spot is this :  if you go with a SKU that has no disc, then why would "GameStop" sell those consoles ? The whole market is around selling the games for profit. Anyway, we would have the other SKU with discs...so it shouldn't be a big deal, apart from further promoting the model with the discs.

I have never thought about it for PS5 though, but it could technically work I think.

Having a discless version really makes no sense, though.  How much would Sony be realistically paying for the drive?  $15.  $20, maybe.  They'd be better off not dividing the market, which could lead to some confusion with the general consumer, as well as dividing the means of production, and eat that cost and come out with an all-in-one SKU for ~$399.

It's techniques like those which allows nVidia GPU's to have 50% or more performance for the same amount of flops... And there is still more to come.

It will allow us to do more with less hardware is all I am getting at... It will mean that we don't need 512GB/s of bandwidth as we can achieve similar results with something like 384GB/s of bandwidth.

They are an indicator, but they aren't accurate, the issue is most people just see the black and white numbers and run with it instead of actually taking a deeper look for a proper comparison.

My advice... And this is the advice I have given myself for the last several decades is... Buy the best you can afford today, there is always something better around the corner, so don't waste your time waiting, life is to short.

You don´t do an exact comparison either. You don´t know if the tecniques are going to save 20% of bandwith, 40% or only 10%. You don´t know  how AMD will implement it inside the new hardware. So you don´t know if the compresion of an uncompressed 512GB/s stream of data can be compressed to 480, 384, or 256 GB/s of data. So even if you take those tecniques into account you are inacurate too. It´s like comparing Nvidia Teraflops to AMD Teraflops. Teraflops can be the same amount, but the Nvidia implementation makes use of those teoretical maximum teraflops much better than AMD in practise now, so you can´t compare different architectures and be accurate. But as you don´t have anything else for a proper comparison, you have to go with something. So we compare with what we have , teraflops, GB/s, and so on. And the comparison is better if we compare similar architectures of the same brand.

So,  the two things that are  really important to improve performance and have a balanced graphic architecture, the calculation (teraflops) and the feeding for that calculation (cache, memory bandwith, theorical or with tecniques), will improve less than they did before, and the improvement will feel less important than before too even if it were the same.

Software is not going to solve that. PS4 performance was always similar to a Radeon HD 7850-7870 on PC and no exclusive programming changed the graphics capability of the console. And if it did for you, it never became a Geforce GTX 1060 because of that.

With a 10-12 Teraflops PS5 machine, we would have a 5,4-6,5 improvement in theoretical Teraflops

and with 800 GB/s of uncompressed bandwith (if you consider that the ps4 did not compress anything) the improvement will be 4,5 times.

So again, you will have 4k, 30 fps. 60 in some games. With PS4 graphics and a little more when devs get used to it, but nothing to write home about.

A great CPU, Hard Disk, or anything else is not going to change that. It´s not going to be the Ray tracing beast with new lighting and geometry many of us would wish for.

You don’t need raytracing to have substantially better looking games than current ones and geometry will see a sizeable upgrade. I know firsthand that the ‘nothing to write home about’ talk is bollocks.

The PS5 and next Xbox should (and will) have notably better looking games than any current gen console can muster. Won’t need some massive crazy hardware over what’s currently available for that.

I´m not saying games are not going to look better, they will of course, what I say is that my opinion is that is not going to be revolutionary. It will be an evolutionary step from what we have now.

“To err is human, to persist in error is diabolical.”

All the discussion is about balance, efficiency and how much can be done to save bandwidth to make more with less.  Sony and AMD are working hard on this, you can place a bet on it;  we cannot speak about how much more efficient the architecture will be in all the different scenario, we need to wait for the final hardware and let the ones with considerable knowledge to explain to us about any interesting details, the new features of the CPU and GPU and the overall architecture.

You seems very certain and I agree metro exodus does indeed look better. Looked at some more screenshot and youtube videos. But I think you're exaggerating how much better it looks. 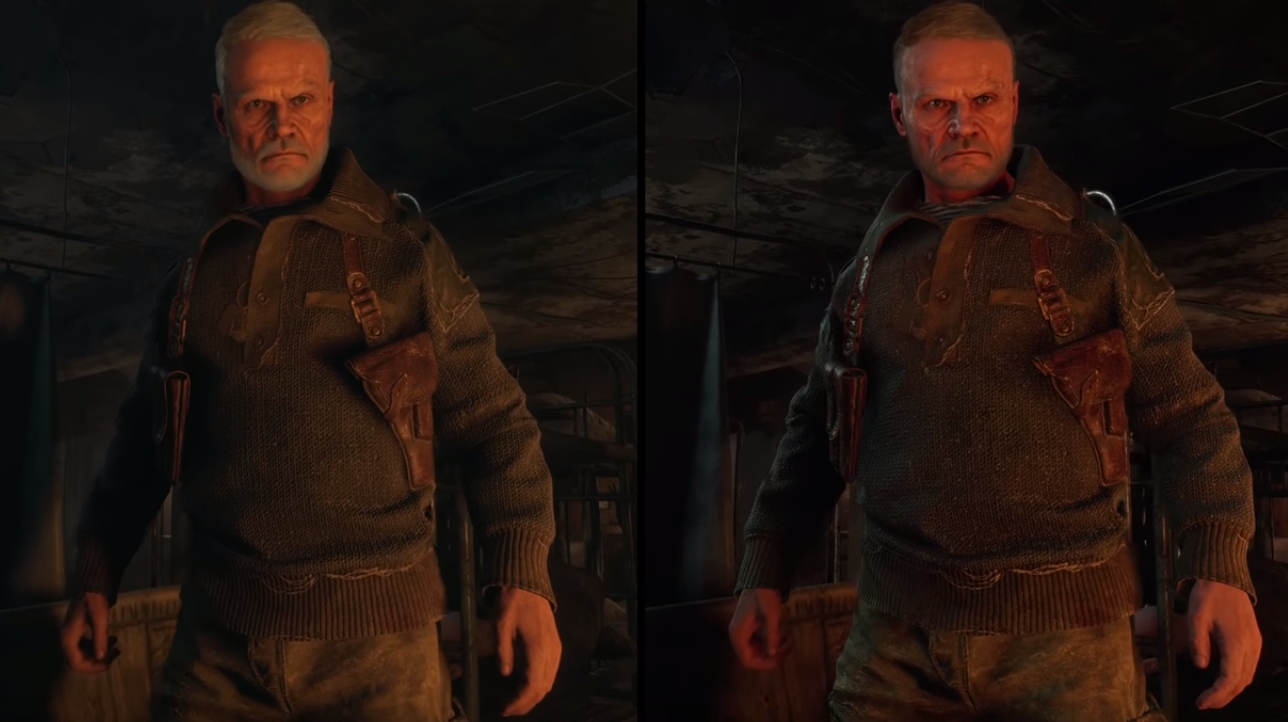 Which one has Ray-tracing above 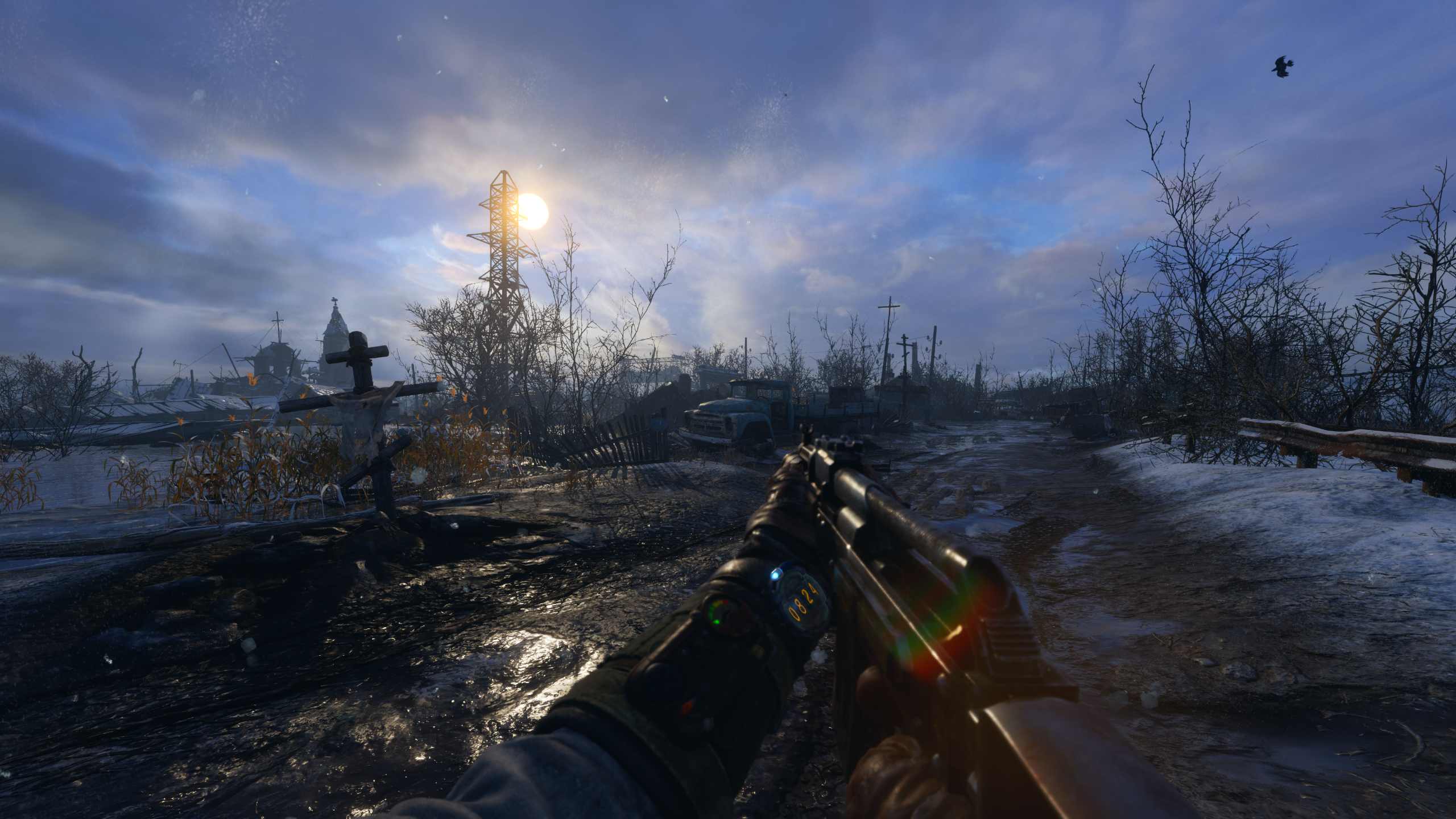 Choosing that terribly compressed YouTube shot does nothing to help you and those Crysis 3 shots...... The plastic, horribly outdated character models are just laughable next to the best character models of this era. It's time to get off the Crysis 3 train.