I dont think anyone expect the Switch to do DS numbers....

I want to see Somy make the same deals they had in December for most of 2019 and 2020. If it still does low numbers then its GG 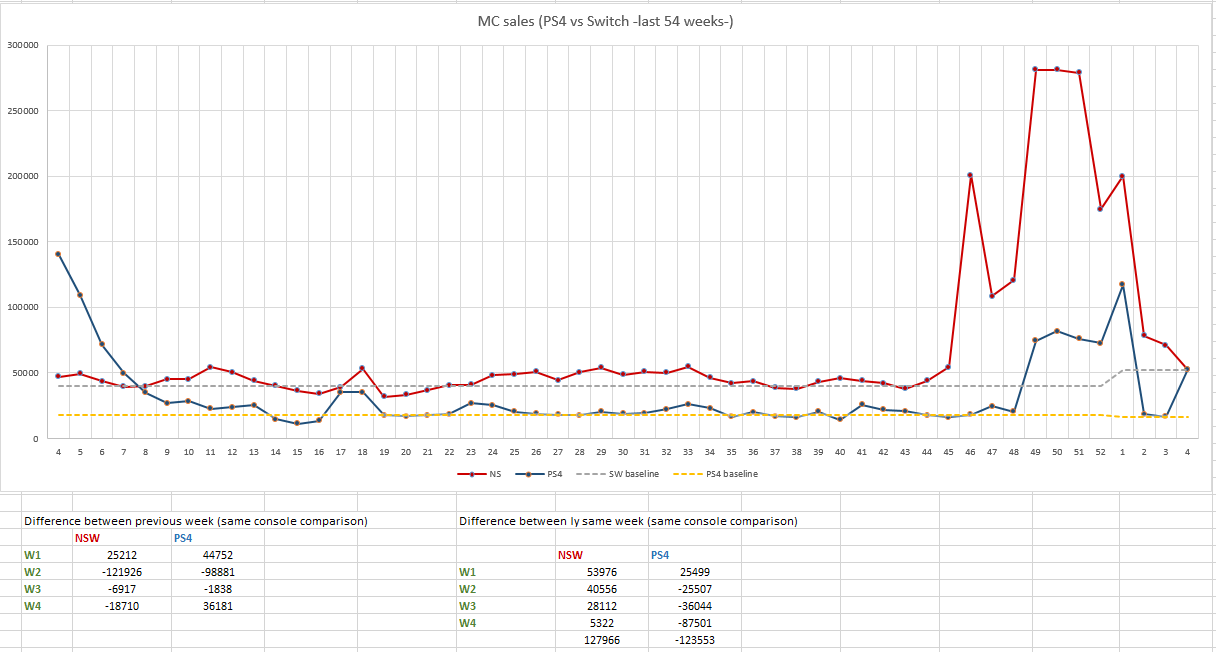 This week the seek had a minimal drop of 26% while the PS4 saw a rise of 319% because of the launch of tho big games: KHIII and RE2. Putting the numbers in perspective comparing with las years the Switch is having 127k more unit this year while PS4 saw a drop of 123k units. MHW was a beast and because of this the drop was inevitable.

Great start for Kingdom Hearts III and like I thought the boost to PS4 sales is nowhere near what Monster Hunter World did last year.

Congrats to the PS4!

with digital KH3 should be over 700K in a couple days in Japan. This game is likely to cross the 1 million mark on ps4 in japan. I suspect the game sold upwards of 4-5 million copies week 1 world wide.... record sales for sure! Let's see.

Oh of course. Especially in 2020 where PS4 will probably pulling Vita Numbers. And who knows if Sony will make another handheld or hybrid, and if Nintendo will release a Switch Handheld Version.

Those FW Kingdom Hearts 3 predictions just got really interesting. With digital it should have at least 800k alone in Japan.

This makes 2 million a given. We will have better insight when we get next week's UK chart.

Sony is going to be forced to do something to avoid PS4 selling less than 1M this year.