Yeah its big difference, expecting something to be done is not equal like something is done, that cant be taken like fact in any case.

Moment one user said that Mat from NPD via twitter said that X360 sold more than Wii, it was obvious that I was wrong, and I saw that tweet because I asked for link of that tweet and said tnx to user who provided that link, but that seems its wasnt enough for some people (lol) so I very clearly said I was wrong in last few posts. No I didnt bragged, but I did provide official numbers at least for Americas (yes they are official because they are taken from Nintendo quarter reports from each region during Wii life span) compared to Kerotan that didnt provide nothing but was arguing that X360 sold more without any numbers, and I was trying to explain him that you cant realy arguing without providing any source or fact that will backup your claims, you at least gave some numbers even they are not official. VGC numbers are far from reliable espacily because MS dont provide official sales numbers, VGC itself saying they numbers are their estimates, their numbers cant be taken like fact in any case.

I said around 90% and that right when comes to Nintendo, if you want accurate numbers from sales, well best we can have is to ask Matt to provide us sales numbers for Wii and X360 in US alone, but again Nintendo internal numbers can easily have differences compared to NPD reports.

Pls dont bully the fanboys they have feelings aswell after all

Do some of you guys live in a salt mine?

Too many reports coming out of this thread. Keep things on topic, stop the derailing and the belittling of the successes achieved here.

In the meantime we are reviewing the reports, there will be moderations, that much is certain.

I'm just gonna wait for the day that the Switch passes the Wii. That would be a nice celebration.

Launch aligned Switch already passed Wii, LT Wii is at 12.75m in Japan, Switch should passed Wii LT numbers sometime next year. Only platforms in Japan that sold better than Switch in same time period are DS and 3DS, while both had price cut and revision in same time period of its life while Switch still didnt had neither, and both are among top 3 best selling platforms ever in Japan.

In any case, very impresive results for Switch and 2019. should be much stonger than 2018. 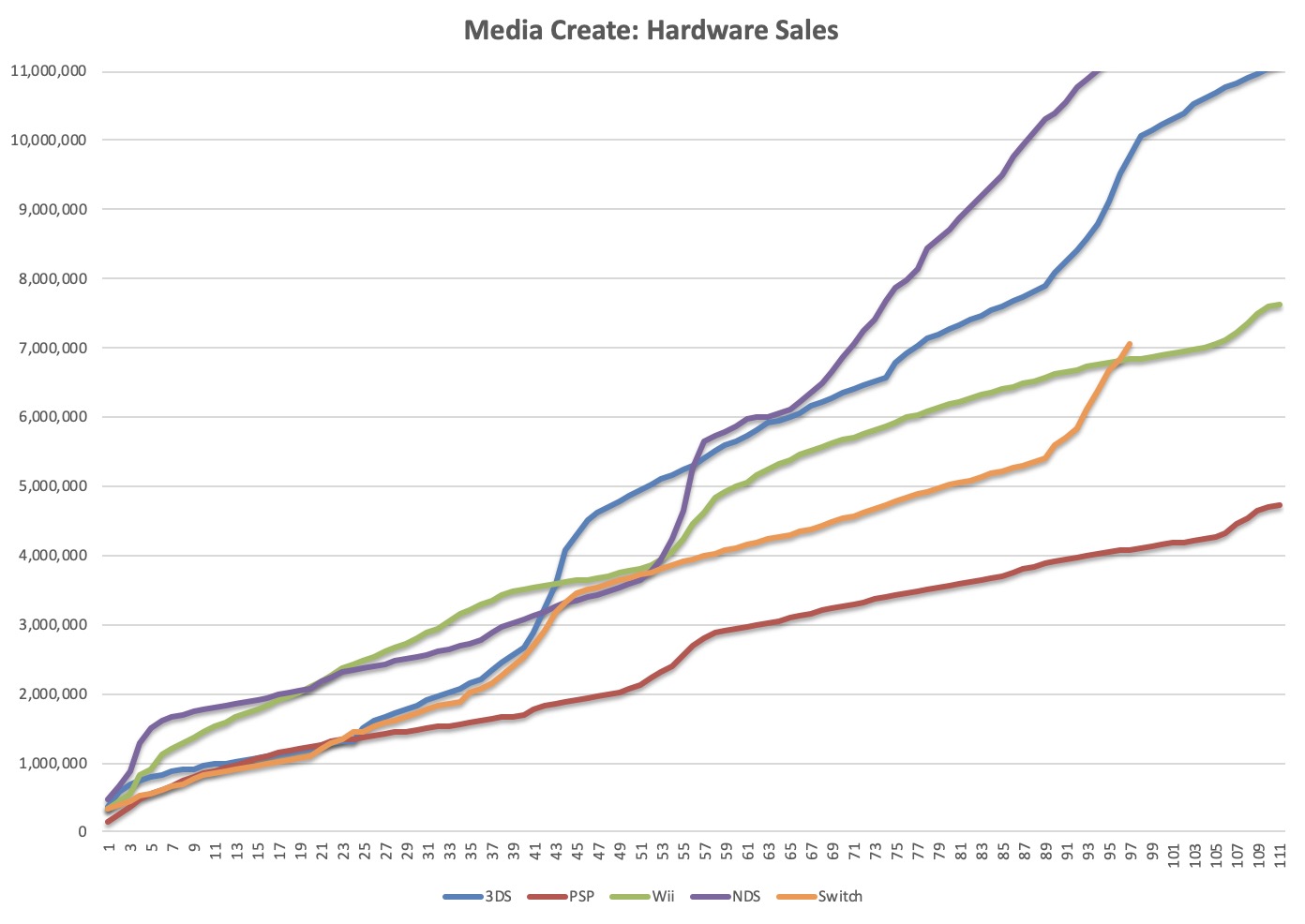 Really impressive, NS is surely the current big gaming thing in Japan and it's not a fad, it will remain this way for at least the next two years. Ninty found the way to save the home console, and probably the whole console gaming, in Japan, and the portable in the rest of the world.

Who is this guy to just know that info? Should i be following him?

He’s apart of the npd, he does the monthly NPD reports

Sometimes, it's just nice to read clean, wholesome posts like this