Nintendo games will come out in this order:

I’m hoping there is either a port of Twilight princess, Wind walker, skyward sword or a 2D Zelda next year and I won’t have to wait till 2020 lol.

Looking at OP Schedule: I think these may be off a little:
I think Animal Crossing will only be May or later
Yoshi Is probably fine in May but I think might also be a month earlier
Resident evil 4 in October(or one of the others 0/1, if 4 releases in one of there places)

Forgot about Fire Emblen which i think is a May-release. Daemon X Machina is either a April or june game in that case

It'll be a packed year, that much we know. 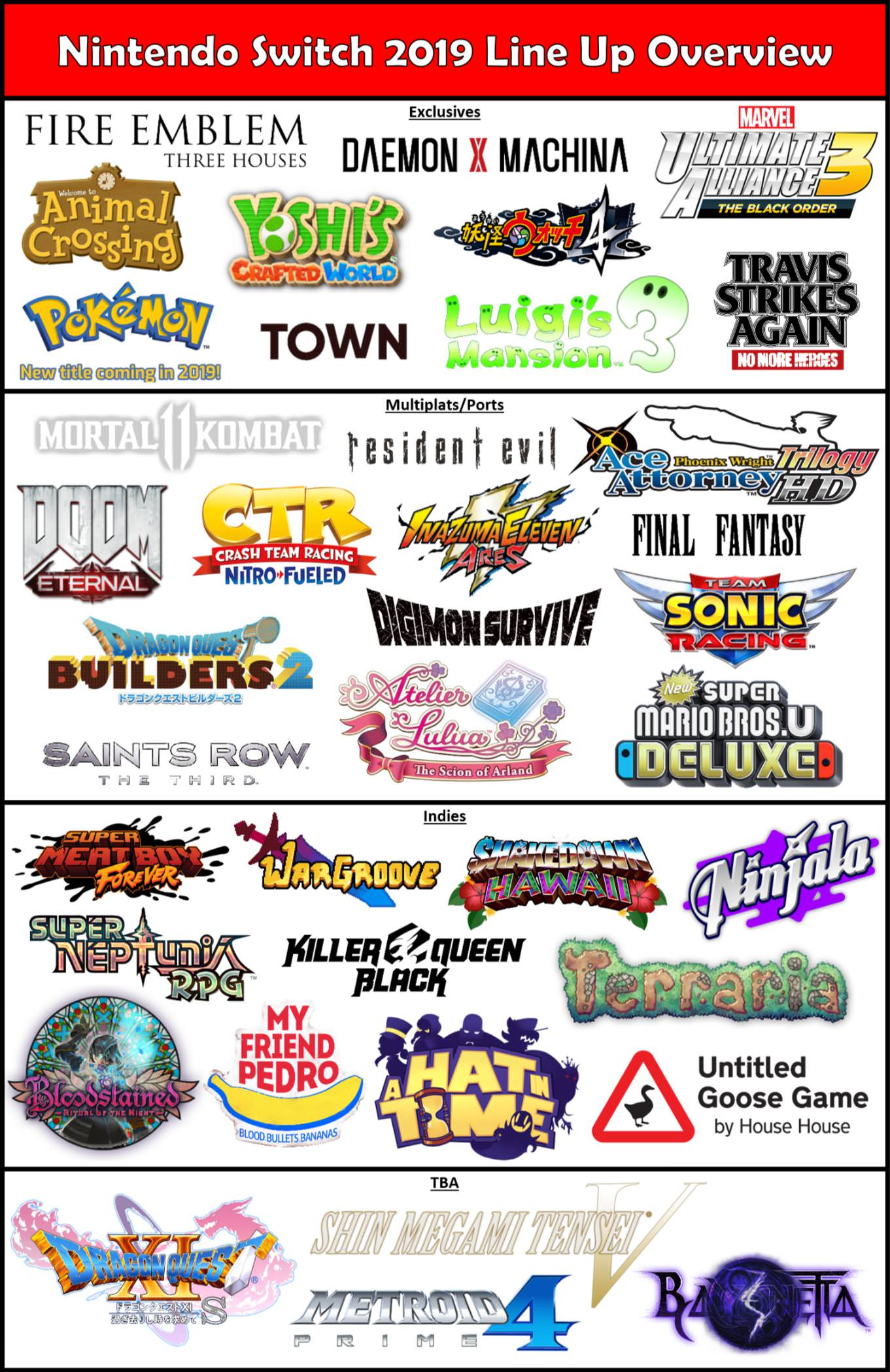 *Dragon Quest XI S has since been given a release date of 2019 for Japan.

Dragon Quest 11 and Final Fantasy 12 - I don't see FF12 releasing AFTER DQ12. because: A) Dragon Quest isn't officially unveiled for the West yet, but it is in Japan, which means that it is likely going to be a while in translation. B) FF12 has been unveiled for the West. C) FF12 is a fairly straight up port while Dragon Quest 11 is significantly more involved, it likely will need a lot more in translation, while FF12's is already done.

I could see something like this for 2019. talking only about exclusive games: